Much was made--mostly by Oscar de la Renta--of the first lady wearing a European designer like Alexander McQueen for the state dinner between the U.S. and China last week.

"Mrs. Obama does look great. She should take that and do something. She could do a great good for our industry," de la Renta lamented to WWD, which went on to predict that Mrs. Obama would wear an American designer for Tuesday's State of the Union address.

And that she did, donning a Rachel Roy sheath. Her black and white ribbon was to honor Congresswoman Gabrielle Giffords. 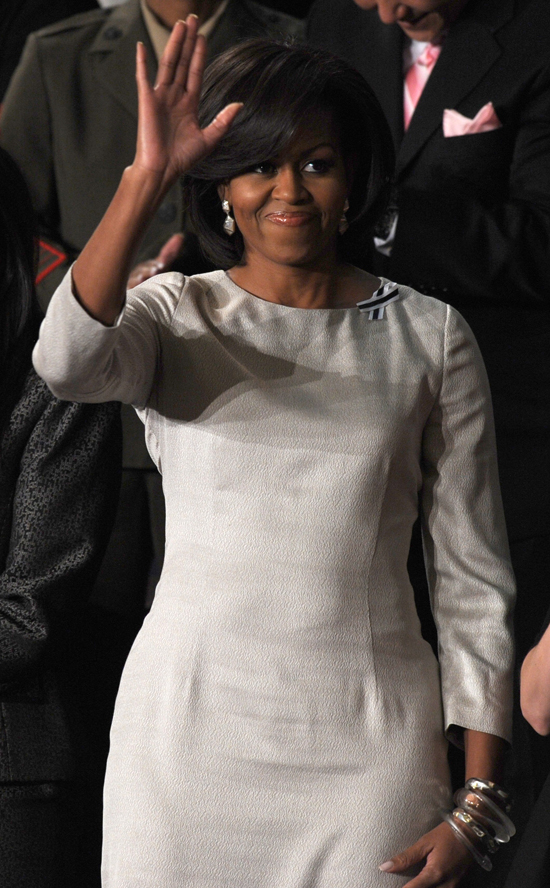