A few weeks ago, I blogged about how, in this day and age, it's nearly impossible for a storefront in the middle of a city block to secure a tenant. The population density usually just isn't great enough. If the storefront is on a corner, it could work, and if it's in the middle of block filled with other storefronts -- a commercial main street -- it just might succeed. But on its own? No such luck, indicated by the example in Albany that I featured in my blog, where an aged dry cleaning operation sits vacant in an otherwise healthy but exclusively residential streetscape -- a visual blight amidst an immaculate assembly of late nineteenth century row homes. 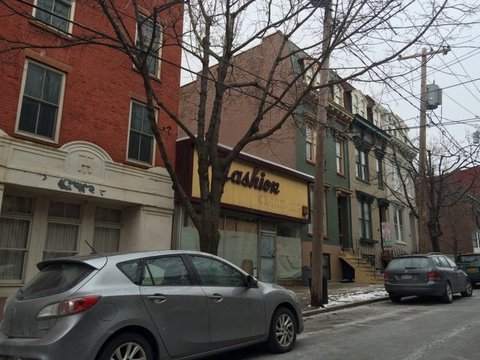 And, no matter how much Albany's oldest neighborhoods gentrify, I don't see the condition changing for this sad little building (and there are others like it nearby). Today's cities just don't enjoy the level of density that will animate the block to give that storefront the life it needs. If a small business owner seeks a space, he or she can always go to a corner or a more prominent main street. Why choose the middle of a block in Albany?

Compare that, though, to another city: one that has a fully commercialized main street, busy corners, and a lot more density -- and the possibilities are endless. Take the burg of Manhattan, for instance. 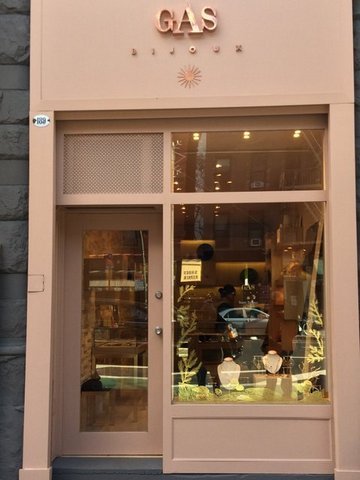 The portrait orientation of this photograph really does capture the entire storefront, and, if that's insufficient to show the scale, let's zoom out a bit. 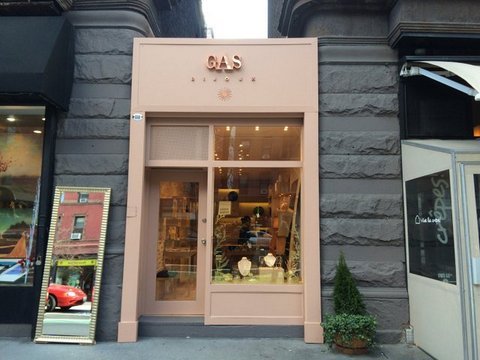 Gas Bijoux, a French jeweler, leases space in what appears to be a modular unit wedged between two larger buildings on Columbus Avenue in the Upper West Side. The population and the income density -- coupled with the high visibility along a very prominent street -- help transcend what might otherwise be mid-block malaise. The wonderfully grainy photo below captures the activity on a bright cold mid-January day, without requiring me to blot out any faces: 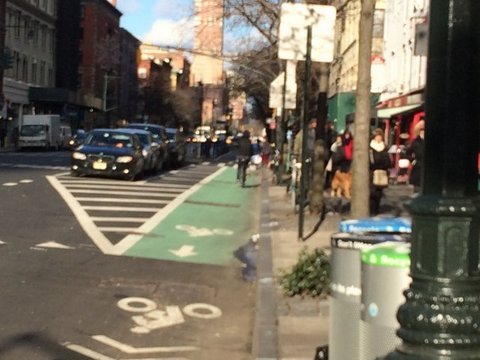 In this neighborhood, every square foot is valuable. Literally. And this specialty retailer, with locations reserved to a few other high-fashion hubs (Paris, Milan, Tokyo), has decided microretail is all it needs in Manhattan. Perhaps it's the only space the company can afford in an area where real estate comes at such a premium. But it's also a testament to how high land costs can galvanize creativity, with a worm's-eye-view example of why, at a global scale, alpha world cities tend to assert themselves most powerfully when they're also densely populated. I have no idea how the owner of the land underneath Gas Bijoux achieved a title on this space. Wouldn't it appear that this little unit is occupying space that should serve as a fire escape for the buildings that straddle it? Since a business couldn't operate informally for long or outside the reach of building codes in a place like Manhattan, the means of egress for the larger adjacent buildings must somehow remain accessible.

Needless to say, this efficient use of space -- unimaginable in most American cities -- isn't resigned to Gas Bijoux. Like Easter eggs, they're all over Upper West side, if you look hard enough. 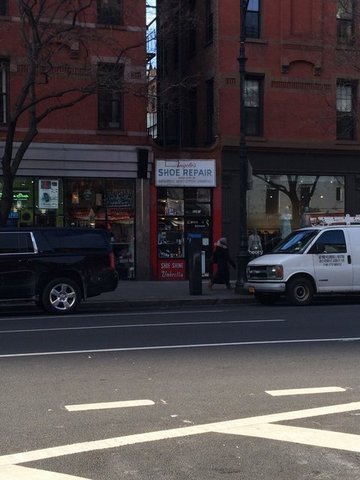 Shoe repair outlets seem to love 'em. Apparently it doesn't take a lot of room for the tools needed to replace some soles. And since shoe repair is a service, the proprietor doesn't need any space for merchandise. 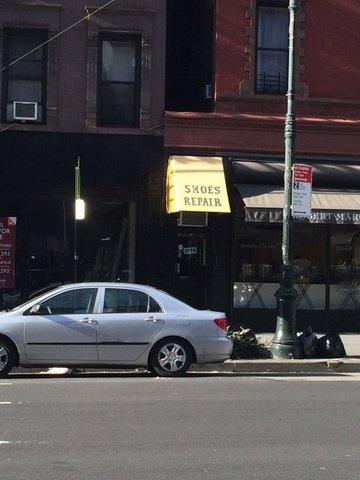 My suspicion is that these operations wouldn't meet the minimum legal requirement for a viable enterprise in many parts of the country, and it doesn't matter: no one is demanding such a small space in Tulsa. They don't need to. Land is fairly cheap. But the now-widespread food truck scene, as popular in Manhattan, Kansas as Manhattan, New York (perhaps more so in Kansas since it's a more car-friendly landscape) only validates the notion that small spaces serve as the best crucible for entrepreneurship. Maybe one day, modulars will crop up throughout America's delta and epsilon cities; however, if it happens, it could owe far more to emulating what's chic on the costly coasts than the price of that patch of land. Small cities will always have that going for them. They'll remain the cheap alternative... a foil to megalopolitan solipsism.