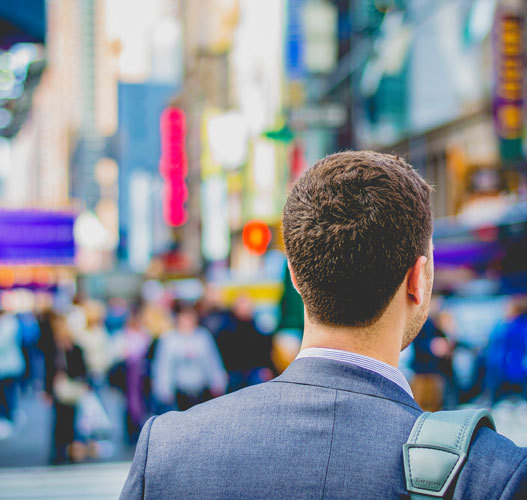 I was at SXSW a few weeks back and attended a barbecue event for Harvard Business School alumni. I'm a pretend HBS alumn, having attended several of their amazing executive programs over the years. But I get the same alumni perks. And I like them.

I walked into the event with my colleague Justin (a bonafide riot) who immediately awarded the party "most tucked in shirts at SXSW". The party also won most blue blazers with gold buttons and most Levi Dockers (Yup, we found them. All of them.)

The event was to celebrate alumni entrepreneurs in Texas. Like any school reunion, it was equal parts fun and pretentious. There was the required mix of seemingly great ideas, seemingly terrible ideas, people lamenting career moves, overstating successes, or covering up perceived missteps. Mindfulness has taught me that it's all perceived, and it's fun to practice not trying too hard in "gotta look good" situations. And there was definitely several folks there just trying to look good. At. Any. Cost.

Trying to look good is part of the human condition. I spent most of my career trying to look good. But it's exhausting. Being real (blemishes and all) is more fun, more risky, and more rewarding.

I worked the room and spent time with several small groups before joining three (real) MBAs that had graduated together. The conversation was dominated by one gent whose company went public and he'd done very well. We knew that because he told us ... the fastest way to let people know you're successful. His bravado sucked the air out of an outdoor bbq.

Elevator pitches for companies are the norm at these events. But it's rare to hear one for a personal tale of success. This was rehearsed. Good. Like "Trump Steaks" good. As the conversation continued, he lamented now having to deal with the pains of managing a real company post IPO. Ah, hard work. The pain. The injustice.

It was the first time we met and I could relate to how he wore his opinions, emotions, and surface anger. Been there. Done that.

Rather than responding in kind, I tried openness and vulnerability; something I've been practicing more of recently. I find that when I do it usually results in people responding with the same. It's a great way for people to let down their guard and just be themselves. I asked a number of questions to understand his perspective. He went on to share that in a hard driving technology company, the last thing he could afford to speak to employees about was stress. From his perspective, it would make his company look weak to talk about it. "Talking about stress stresses people out. And this Mindfulness stuff is a consumer trend. It's a fad. It won't last. It feels like it was invented like five years ago."

The other two members of our group were getting increasingly uncomfortable, sharing the "sorry, he's always been like this" look. You could see them trying to pull the old 'let-me-finish my-drink-quickly-so-I can-politely-leave-to get-another-one-trick'. As a master of that very move, I called them on it and then asked our confident friend if I could ask a number of questions. He played along.

During our conversation, he admitted that stress is also a growing trend. He ranked his own stress as an 8 (out of 10) moving to a full 10 following his company's IPO. He shared that he wasn't the founder of "his" company, that he joined two years ago, the company had been around for eight years, that he was in bus dev and didn't have any staff, let alone speak to them about their stress. He also felt his management team wasn't interested in employee stress. Then he shared he'd be leaving after he fully vested to do what's next.

We then had a more open conversation with the rest of the group where we each shared that stress takes its toll and that most big companies tend to ignore it rather than address it.

With our friend's ego back down to reality (he was employed, some of life was good, some of life was challenging, nothing more, nothing less), I suggested that mindfulness is a trend like stress is a trend. Stress has been around forever ("Look, a saber tooth tiger!"). Mindfulness and meditation practices have been around for about 5,000 years. There's an abundance of research showing that stress is on the rise, as well as being the leading cause of most major diseases. Likewise, the scientific community is producing over eighty studies a month correlating the benefits of mindfulness across a wide array of health and performance benefits. And so mindfulness is on the rise.

Stress and mindfulness. Two sustaining consumer trends that are about as likely to go away as trying to look good at an alumni barbecue.