Remember when Robert Rasuchenberg "erased de Kooning?" Well, now the UK-based and Belgium-born artist Mishka Henner is upping the ante and erasing Robert Frank. It's all part of a project called Less Americains in which Henner remade Frank's iconic photo series, The Americans, which is available through ABC Artists' Books Cooperative. The artist digitally manipulated 83 of the original American works by Frank, erasing the majority of visual content from the photographs and leaving only faint remnants of the historic images. 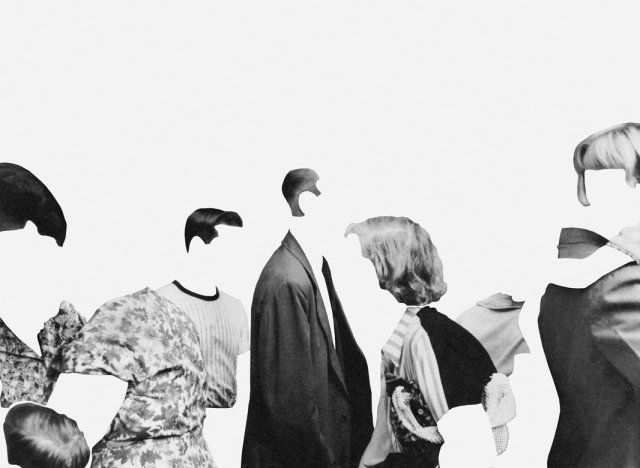 Henner began his career as a documentary photographer, an experience he shares with Robert Frank, who spent much of his time as a photojournalist. But in the last several years, Henner has been more focused on the general integrity of photography, questioning the very nature of documentary photos. Less Americains is his attempt to explore this notion, confronting a canonical piece of documentary photography through the lens of an abstract expressionist. So through a layered process of photoshop trial and error, he etched away at the old images of New Orleans and Hoboken, playing with shape and texture until Henner's new photos were almost unrecognizable as Frank's work. What's left are just ghostly details, with costumery and props eerily floating in an empty frame.

Henner's work now relies less and less on original photography, and instead pokes and prods at other's work, or in many cases, the infinite world of internet sourcing. In Dutch Landscapes, he presented censored military sites in the Netherlands that were captured on Google Earth, and in Dark Matter, he outlined image exchanges that occurred between he and his friends, an attempt at having a conversation based only on the sending and receiving of preexisting photographs over email. Like Less Americains, these photo projects take the focus away from the production of images, and redirect interest to the value of the images themselves, while inciting those involved in the debate about appropriation and inspiration along the way.

What do you think: Is Henner's erasure art or just insulting?