NASA's Mars rover Curiosity made a successful landing early Monday morning, marking the end of a nine-month, 354-million-mile journey. Black-and-white photographs offered both scientists and the eager public glimpses of the Red Planet. One particularly mysterious photo from Mars is garnering attention and—if the theory about it is verified, it would be a one-of-a-kind shot.

The Los Angeles Times first reported on the mysterious Mars photo , detailing how one shot, captured with a device on Curiosity's rear called a Hazcam, shows a distinct blotch or plume visible on the horizon. However, two hours later Curiosity captured higher-resolution photos and the blotch was gone. 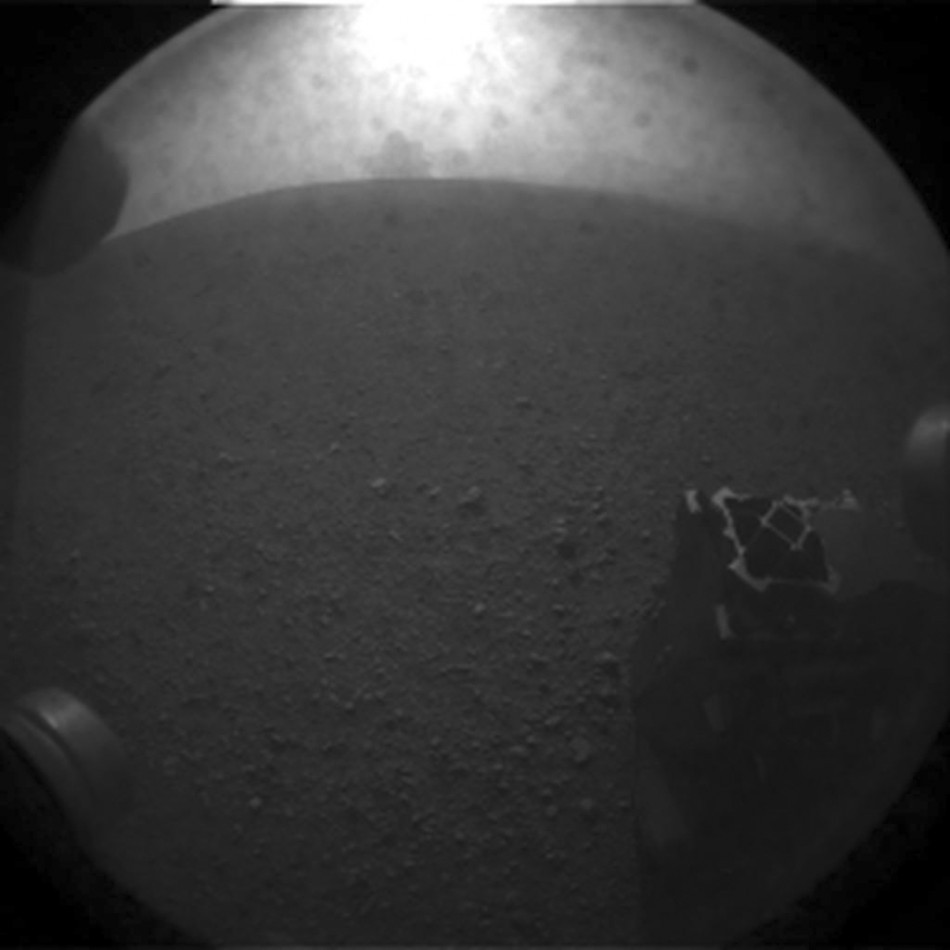 "The photo shows the aftermath of the landing in the vast Gale crater, during which the rover was lowered to the surface on cables attached to the hovering Sky Crane," writes SPACE.com reporter Clara Moskowitz. "Around Curiosity's landing spot, dark streaks can be seen where the bright dust of the Martian surface has been disturbed by the rover's descent hardware."

One theory is that the mysterious photo sent from Mars shows part of the spacecraft that escorted the rover through the atmosphere crash-landing about 2,000-feet away. If true, "it would be incredibly cool. ... A crazy, serendipitous thing," Curiosity mission manager Michael Watkins told the L.A. Times on Tuesday. "It bears looking into." 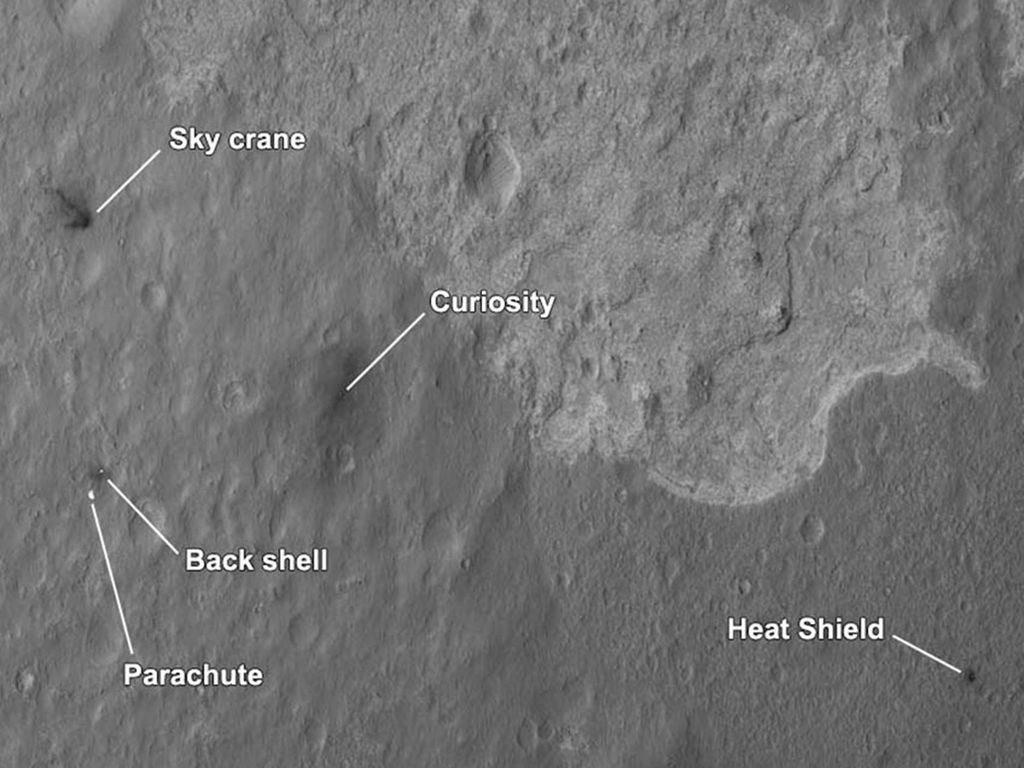 Some scientists have expressed skepticism at this theory. "It's circumstantial evidence — but it's pretty good circumstantial evidence," Emily Lakdawalla, senior editor at the Planetary Society, a nonprofit Pasadena organization that advocates for space research and exploration, told the L.A. Times. "It looks like we may actually have seen it, but it's hard to know."

Photos from space are not always perfect and some have been deceptive in the past.

"Remember what folks thought was a huge face on Mars?" asked Ron Recinto of Yahoo! News' blog The Lookout. "An image from Viking 1 in 1976 that appeared to show a rock formation with eyes, a nose and a mouth? Later high-resolution imaging and side-by-side analysis proved the "face" to be a mesa, like the flat-topped natural formations found in the southwestern U.S."

Although Curiosity's best images are yet to come, the mystery of the phantom blotch may never be solved.