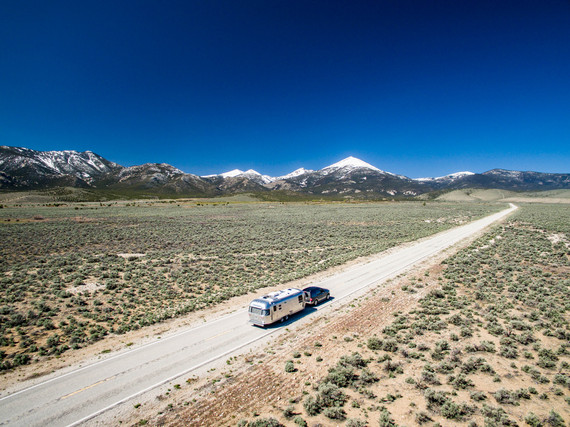 One of the first things that we do when en route to a new park is to learn about the geography and landscape of the area to help us determine where to explore and how we'll want to photograph it. We read a lot while on the road. Our introduction to park #20 was particularly interesting because it enabled us to learn more about the larger Great Basin system that covers the western half of the United States, while differentiating it from the area that makes up the national park. What we read was that this cold-desert environment is home to several microclimates including subterranean, desert, high-elevation forest, and alpine ecosystems. What we learned is that this park is like a jewel--comprised of many facets that result in an exquisite gem when admired as a whole.

The Great Basin is not one large basin, but actually a system of about 90 small basins converging to perform three activities: water collection; landscape formation; and to serve as a home for plants and animal communities. Water-bodies drain internally, rather than flowing out to the Gulf and oceans the way most rivers and streams in this country do. The geological dynamics at work force hundreds of north-to-south mountain ranges between the Sierra Nevada to the west, and the Wasatch Mountains to the east... did you know that Nevada is the most mountainous state in the country? It is these ranges that makes it so. And finally, the dual effect of the water systems forming in the valleys and the extreme weather that occurs at high elevations invite together a diverse range of plants and animals to the area. Great Basin National Park in Nevada resides within the larger Great Basin / Basin and Range area and best exemplifies each of these three adapted systems.

As a wilderness to explore, all of that variation in climate and landscape creates countless ways to enjoy that are, individually, reason enough to visit this park. 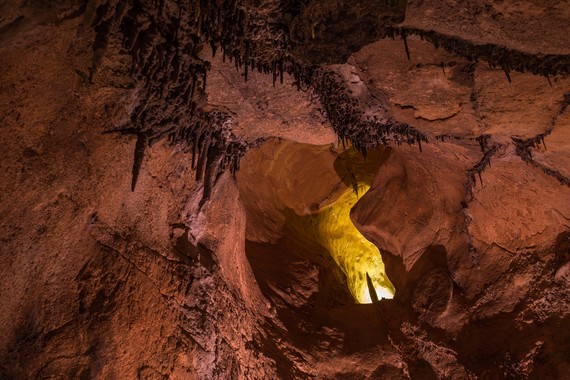 We think this formation inside the Lehman Caves is called Devil's Throat but aren't 100% certain... If we are wrong, please feel free to correct us! Photo credit: Jonathan Irish

The ornately carved Lehman Caves allow passage through the subterranean world where you can get up close to stalactites, stalagmites, drapes, and rare shield formations that are unique to this cave system. This was the first area of Great Basin to be obligated as national parkland by the federal government in 1922. At ground level, fisherman, cyclists, horseback riders, and casual wanderers can be found among the desert expanse. At the trailheads, hikers and climbers set off on world-class trails in search of high-elevation subalpine lakes and forests that are home to the world's oldest living trees, the ancient Bristlecone pine. And all of that is occurring before the sun even falls ... in the night sky are some of the starriest nights in the lower 48 earning the park an International Dark Sky designation, and proving yet again that half the park is after dark. 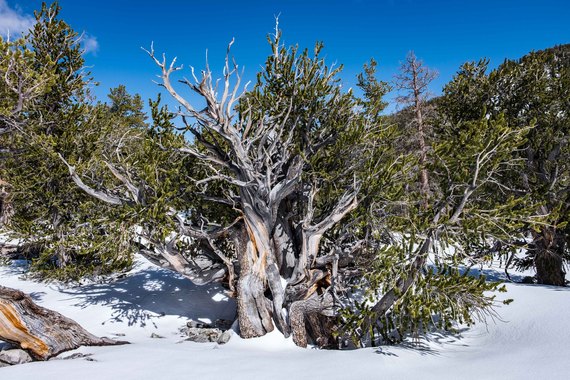 The world's oldest living thing -- the ancient Bristlecone pine tree, standing strong for up to 500 years.

Clearly, the planetary science of The Great Basin is extraordinary, and there really are so many awesome ways to get outside--but it is the experience of solitude that, for us, left the strongest impression. 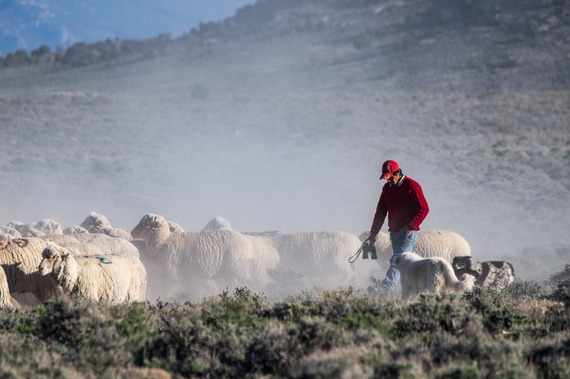 There seems to be an unquenchable peace in this pocket of the world, both in the park and in its surrounding areas. It's clear that those who live in the small town of Baker at the foot of the park desire a quiet life. To give you an idea of how quiet--the closest supermarket and hospital are both more than an hour away by car, we didn't see any policeman, and there are only two restaurants in town and they both close by 8pm. Ranching heritage rules the outlying areas as it has for hundreds of years, lending the charm of the dusty wild west that most of us associate with Nevada. 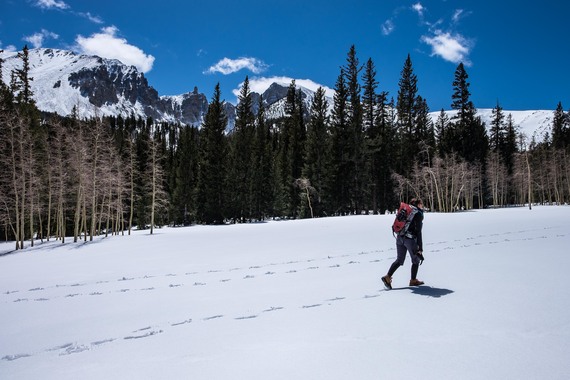 Stefanie Payne following the tracks to the ancient Bristlecone pine trees.... We are thankful to those hikers who left those tracks, wherever they are. Photo credit: Jonathan Irish

Inside the park, you can wander without seeing another soul for hours. We learned this to be true on our long hike to the Bristlecone pine grove. This was our first high-altitude hike of the season, climbing to about 10,000 feet. The higher we went, the higher the snowpack--the higher the snowpack, the less marked the trail (you can see where this is going.) Eventually, the trail markers faded altogether and we were faced with a choice: retreat or forge on into backcountry (with a capital B) ... then we spotted freshly laid tracks in the snow made by another pair of hikers. We decided follow those tracks. This probably isn't recommended in terms of safety, though we felt good about sniffing out the trail a little farther ... and we're so glad we did as their tracks eventually led us to a grove of ancient trees, the oldest non-clonal living things on the planet. Talk about being out there--no service, no sounds aside from our boots in the snow and wildlife at work--it's the kind of solitude that can be delightfully hypnotizing and that is so rare to encounter in this day and age. It lends insight into why people come here to live or to visit in the first place--it feels the way much of this country must've felt one hundred years ago. 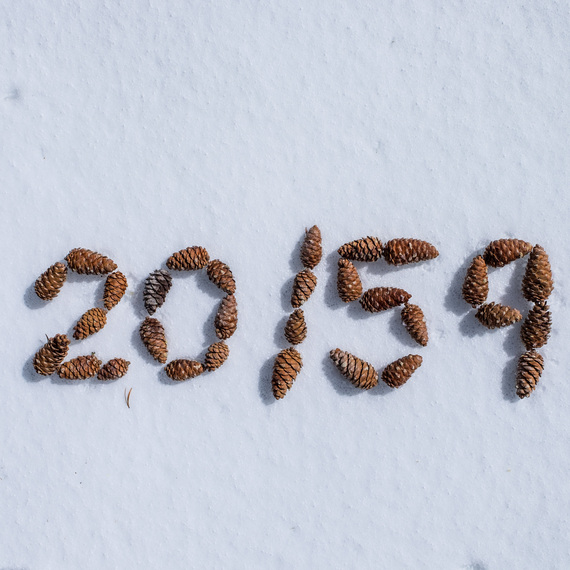