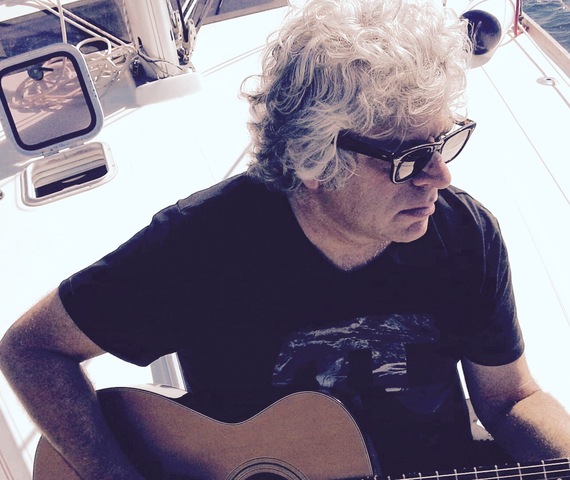 Folk music evokes a feeling of warmth and introspection through its meaningful lyrics and sweeping soundscapes. It is constantly reinventing its sound without compromising its soul. Folk-pop composer, Daniel Grinberg's, latest project titled Short Stories is passionate and powerful and even soothing and melancholy at times.

Grinberg was born in Buenos Aires, Argentina to a father who was a lawyer and a mother who was a certified public accountant. Though his parents were not musicians, they nurtured his natural inclination towards music as he began playing instruments when he was four or five years old. Young Grinberg began with a traditional Argentinian instrument called a tonete, which is a small plastic flute. From the tonete he moved on to an old guitar which quickly progressed him to begin playing the piano. He was completely self-taught and self-disciplined, patiently practicing as his skills flourished.

Though he had exceptional focus when it came to music, Grinberg was a poor student, paying no mind to the subjects that did not hold his interest. He did, however, have an affinity towards science and technology and was able to repair electronic devices at a young age. The family then experienced an enormous life shift when, at the age of 13, Grinberg's parents decided to take him, his older brother and younger sister to Israel which would become their new home.

As a teenager, Grinberg's passion for music only grew as he spent most of his time playing electric guitar with local rock bands. In the early 1980s, he was accepted to the music academy at Tel Aviv University where he studied for five years before spending one year as a teacher there. During this pivotal period of education and inspiration, he met his wife and she had their first daughter. Grinberg was now focused on making music for a living in addition to making it for fun as he composed songs for television and worked in recording studios.

It was his work in recording studios that Grinberg first became familiar with computers. His love for science and technology was renewed as he conceptualized an optical software capable of inputting musical scores and transforming them into mathematical codes which would enable automatic transcriptions and transpositions. A seemingly impossible and crazy idea at the time, many doubted Grinberg's concept mostly because he was a musician with no training or education in software engineering.

Grinberg spent two years overcoming and mastering this challenging endeavor during a time that pre-dates any such technology. When he finally achieved his goal, he began garnering attention from the scientific and music community alike. He was eventually hired by an American tech corporation which kick-started the beginning of his 30-year technological career that focused on complex systems and artificial intelligence. Today he has his own technological enterprise which has become a global leader in augmented reality and artificial intelligence.

From musician to tech genius, Grinberg never forgot his sonic roots. Through the years, he continued to compose music for plays, as well as some electronic music, some jazz and a little instrumental music. A couple of years ago, he decided to revisit his greatest passion and began working on Short Stories. Featuring multiple vocalists, the album is rich with narrative, tonally diverse and sonically blissful. Daniel Grinsberg has managed to find harmony between his technology empire and his musical gifts.