"While all honorees are equally deserving," said Nick Brown, a chairman of the Library's Young Lions, "this is a particularly special night for Paul," who will step down in June.

Elsewhere in the room, books were on the the mind.

"I got around to reading an older book," Gladwell remembered of the year past. "Janet Malcolm's book on Gertrude Stein"--Two Lives: Gertrude and Alice.

Christina Ricci -- who was double-booked for the night -- singled out Alice Hoffman's The Story Sisters as her favorite read of late.

As for Steve Martin, he was most taken this year with the third volume of John Richardson's Picasso biography.

See below for pictures from the Library Lions cocktails and dinner, and the Young Lions party thereafter. 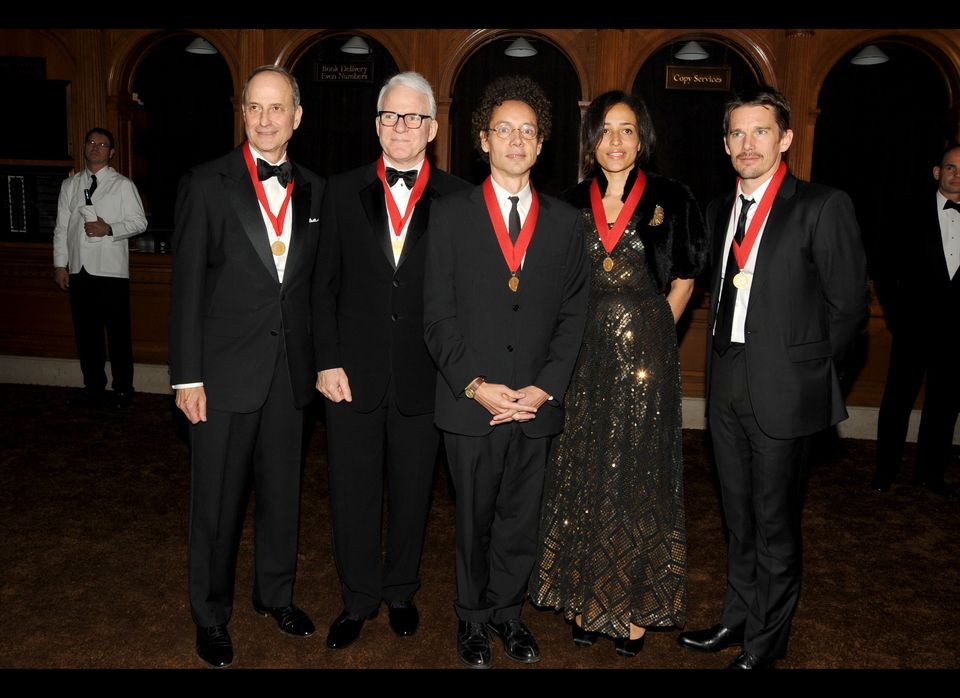