The aurora borealis, a geomagnetic phenomenon that's also known as the northern lights, is something we usually think of as occurring in, well, the north: Greenland, Iceland, Alaska and areas of northern Canada are famous for dazzling displays of red, green and orange lights, especially in the winter months.

But thanks to a Coronal Mass Ejection -- a burst of solar wind -- that resulted in a moderate-level geomagnetic storm, much of the United States was treated to an unusual and stunning light show on Monday evening.

According to the National Weather Service's Space Weather Prediction Center, clear skies across much of the nation as well as with the solar storm's arrival time (when it was getting dark in many states) made for a great display of northern lights.

CNN reports that in the United States, the northern lights are usually seen no farther south than Boston, Minneapolis or Seattle. But according SpaceWeather.com, the aurora was seen in more than half of the U.S., with people in places as far south as Alabama and as far west as California reporting seeing the phenomenon.

According to the Geophysical Institute at the University of Alaska Fairbanks, an aurora is caused by the collision of electrons from space with atoms and molecules of gases (like oxygen and nitrogen) from the Earth's atmosphere. This collision results in a transfer of energy to the oxygen's electrons, and, as a result, quick bursts of light are emitted. A great number of these collisions create the light that's visible to the naked eye.

Randy Halverson, who earlier this year brought us this amazing time-lapse of the Milky Way, captured with his son, River, some pictures of the aurora. The two took the photos just west of Madison, Wisconsin. "At one point they were so bright, they lit up the ground, Randy wrote on his website, DakotaLapse.com.

LOOK: Check out some of the photos from the Halversons, and be sure to click over to DakotaLapse.com to see more.

Can't get enough of the aurora? Check out more amazing images of the northern and southern lights. 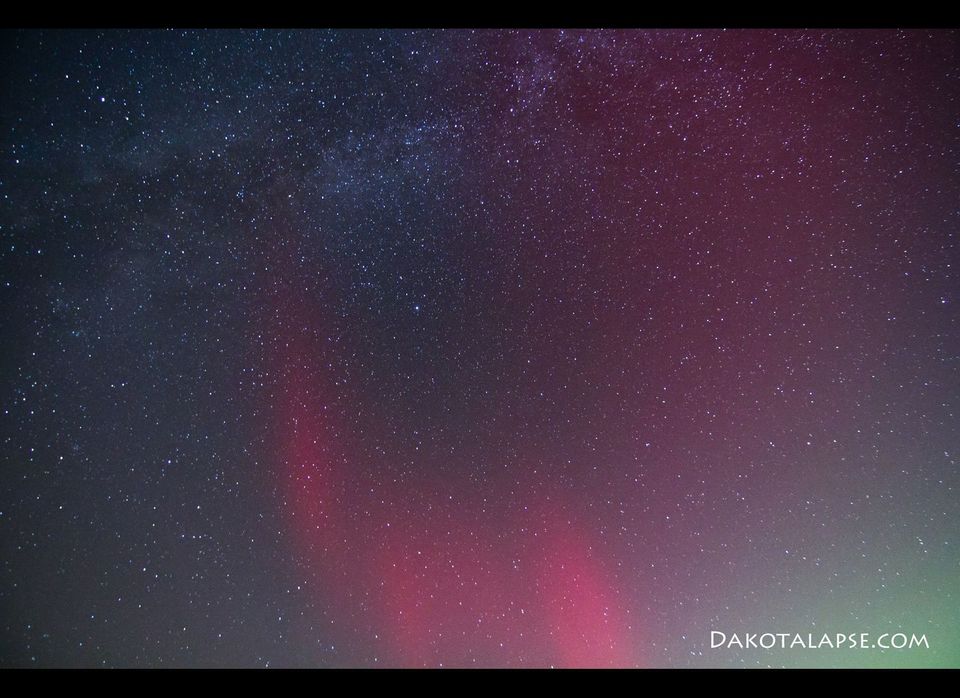