There is a misconception in our culture about who suffers with Post Traumatic Stress Disorder (PTSD), and what they look like. A quick Google search will lead you to believe that the majority of those living with PTSD are men in uniform. The reality is that women are twice as likely to develop PTSD than men, and not all wars take place on the battlefield. 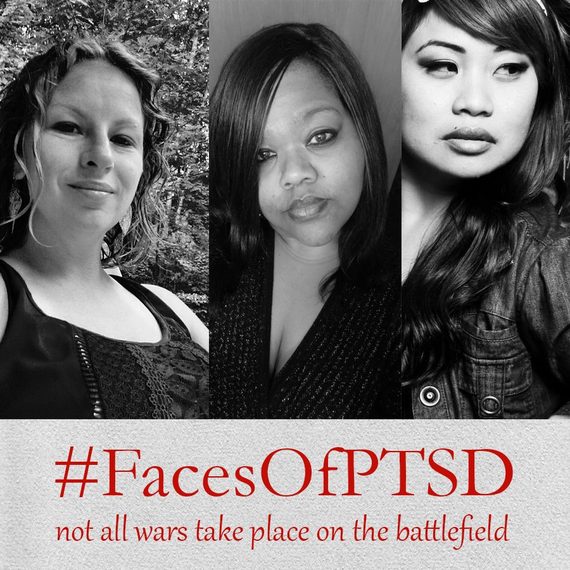 We have seen great progress in the last few years in mental health awareness related to PTSD among veterans. We would like to expand on that progress to include all who suffer with PTSD. It's time to accurately represent the thousands of women and men of all colors, ethnicities, ages and socioeconomic background living day to day, while doing the best they can to manage flashbacks, constant triggers and the debilitating medical and mental health effects of this disorder. It's time to change the face of PTSD.

Last week a friend of mine, Christine White, wrote an article describing her irritation when a PTSD Google search resulted in the vast majority of the information being war-related. The image search results displayed men, almost exclusively, despite data evidencing that women are twice as likely as men to have PTSD.

Christine's article sparked a conversation about this misrepresentation among a group of us. We asked, "What about the survivors of childhood sexual/physical/emotional abuse, those who have experienced or witnessed domestic violence, war (as a civilian) and even murder, those who have been involved in fires or accidents or those who carry traumatic grief following the loss of a loved one? Why do people not associate traumas outside of war with PTSD?"

Having worked in the trenches of the mental health field for the past decade, I have witnessed firsthand how undiagnosed PTSD affects those in treatment. In my personal life, I survived ongoing sexual abuse for eight years, witnessed years of domestic abuse, was estranged from both of my biological parents by the age of two and lost my mother to cancer less than two years after reconnecting with her at the age of fifteen.

I spent my high school and college years in and out of therapy. No one suggested that I might have PTSD until, as a twenty-four year old adult, I interned under an elementary school social worker who noticed a pattern: without exception. I would call in sick the day after we had worked with an abused child. She told me she suspected I was experiencing PTSD. She also said I wasn't ready to become a social worker. I was pissed, but she was right, and that changed my life.

Trauma as a whole is ignored as a key factor to mental illness, despite a growing body of evidence to show there is a direct correlation between trauma and chronic mental and medical illnesses. The body remembers what the mind--or the survivor--forgets. Harvesting our experiences, good and bad, our bodies collect it all, and the energy created can manifest in ways that aren't easily identified as a symptom of trauma, but rather, as unexplained mental and medical malfunctions.

We need to start asking people, "What happened to you?" Not, "What is wrong with you?" Only then will we get to the root of peoples' experiences, and identify and treat PTSD. Google's search results reflect our culture's perspective on mental health issues, which only feeds shame and misconceptions. 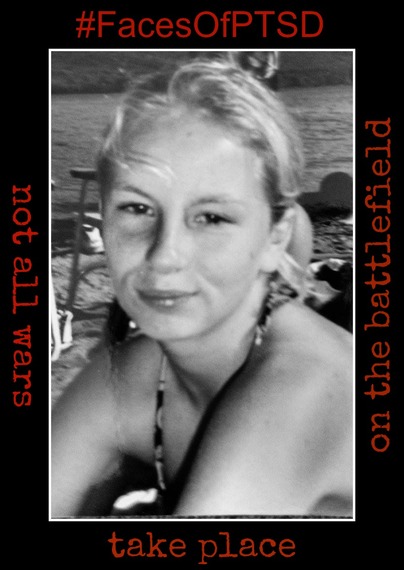 We have the power to change it. We really do. It may take a little effort to convince ourselves (those of us who identify as having PTSD) that we carry scars--not blame--and it's ok to talk about it. But it can be done.

How you ask? Easy peasy. If you have, or currently are experiencing PTSD, share a picture of yourself on social media and add #FacesOfPTSD. Show us your everyday self, with whatever emotion you are wearing that day.

Yes, it may feel uncomfortable, and yes, people may ask, "Really? You don't act like it." But isn't that the point we are trying to make? Most who deal with the effects of PTSD suffer internally, and in silence, alone. Most do not risk the judgment that comes with saying, "I'm not over it," or "I can't get past this." That admission, in our society, is a sign of weakness, and very unwelcomed.

We go to work, despite flashbacks, and carry on even when we're not sure we can take another step. We raise our children, navigating triggers. We live a "normal" life, because we have been conditioned to "deal with it" instead of recover from it, so at times, hidden away from the world, we fall apart. We self medicate, or do whatever we can to swim through the suffering, and the cycle continues...

If we can do one thing to help break this dysfunctional cycle of pain and suffering, shouldn't we do it? 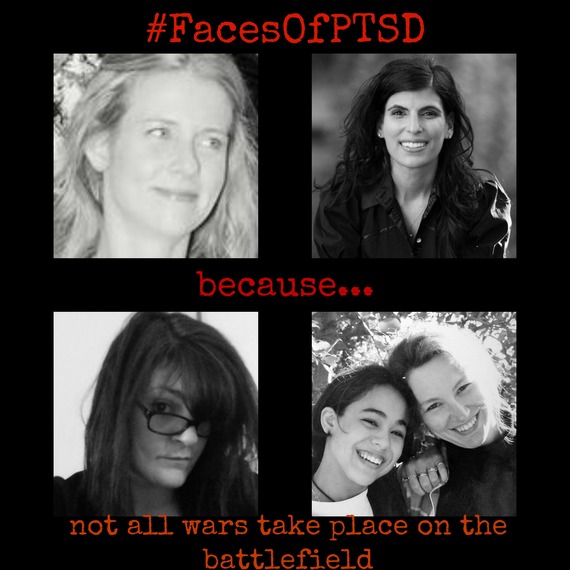 Like, join and share the #FacesOfPTSD event page. Let's kick off this campaign May 6th, 2016 with as many images as possible. Share to the event page and/or to your own Facebook, Twitter, Instagram, etc pages. When sharing, be sure to add the hashtag #FacesOfPTSD. Let's do this one little thing to help show the world what PTSD really looks like, and perhaps alter search engines to more adequately capture the faces of PTSD. Maybe then our culture will start to understand that not all wars take place on a battlefield, and all struggling with PTSD need and deserve representation.

**If you would like to join our community of parenting-survivors, like our Facebook Page and join in the conversation. To read personal essays written by parents, about the challenges of parenting as a survivor of childhood abuse, get your copy of the Trigger Points Anthology on Amazon.