Now they are saying we have 3,481 killed by cholera. It is doubtless many more...

But in any case, these are just numbers to newspaper readers and radio listeners.

According to the Food and Agriculture Organization (FAO), some peasants are afraid to plant in their rice paddies, fearing they might catch the water-borne disease as they work.

And this just as food prices are hitting a worldwide high.

Last time they were this high, Haiti was wracked by food riots.

But despite the suffering, the deaths, the one million refugees living in tents, there is not much colère (French for "anger") against cholera. (Both words are from the same root - - the Greek kholḗ which means "bile.") 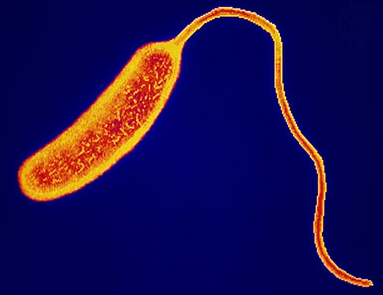 The epidemic - which threatens to become endemic - hasn't changed life much for the national and imported privileged folks here... the factory owners, the bankers, the rental car agency owners, the professionals, the diplomats, the foreign aid workers and us journalists.

We can still eat beautiful $15 salads at swank restaurants. We can buy bottled water and hand sanitizer. We can afford to shop in the modern supermarkets, so we still get our greens. Just buy foreign lettuce for $5 a head, rather than the potentially vibrio cholera-ridden, feces-laiden Haitian lettuce. 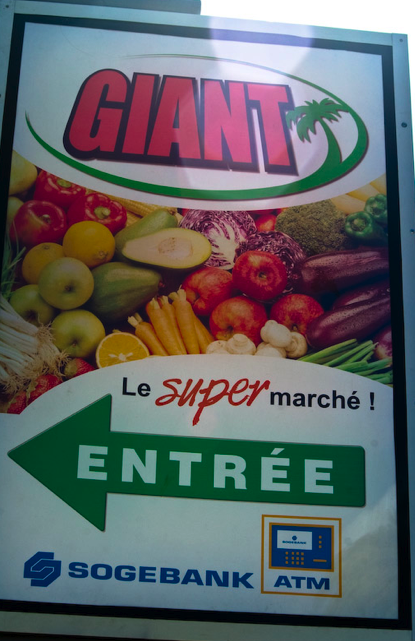 Cholera is not really a subject for the foreign reporters anymore, either. Unless they are reporting on "voodoo killings," a favorite perennial topic that always generates a lot of "web traffic." 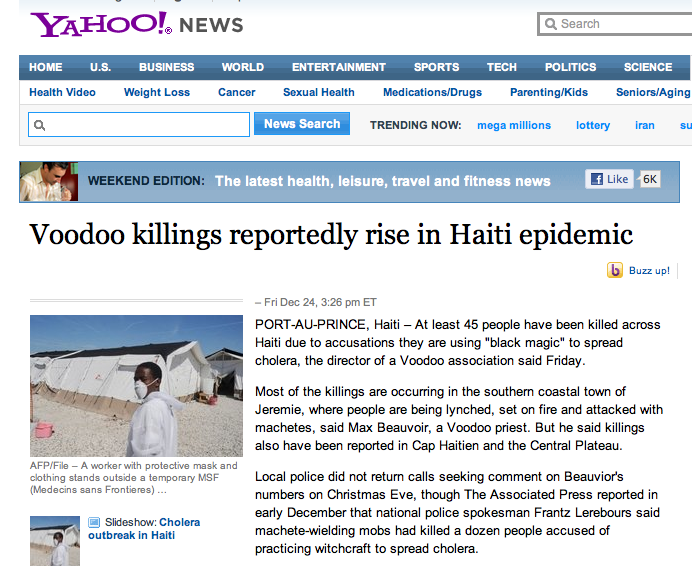 To be sure, people in some communities did attack and kill vodun houngan (priests) and followers, suspecting them of somehow being responsible for cholera deaths. But it is also true that local thugs and crooks have taken advantage of the context to settle scores.

Why were up to 40 people killed in the Grande Anse department and only a few in other places, anyway?

Was the cause only the suspicion that "voodoo practitioners were spreading cholera by using witchcraft"? CNN and AP and the other excited voodoo-reporters don't seem to have had the time to do much more than misrepresent (and misspell) a religion.

A few clicks on the internet would reveal that the death toll in Grande Anse was over 12 percent recently, as opposed to about 2 percent in the capital. That means 1 in 10 who got sick died a horrible death because there are too few cholera treatment centers, because most roads are more like paths of mud or rock, and because there is reportedly only one ambulance for the entire department.

Maybe that explains the panic?

And an additional click or two, and a little reflection, might also lead a journalist to talk about lack of education, which can lead good people to draw bad conclusions.

But instead, many of the journalists - national and international - have moved on. These days they are all focusing on "one year after" stories. Some are analytical, some are lyrical, some are fundraisers.

Some highlight stories of brave but legless survivors.

Others report on the "failure of foreign aid."

This recent "discovery" of the failures or shortcomings of humanitarian aid is nothing new... especially not to Haitians. "Googling" the term brings up stories, scholarly articles and books dating back to at least 1982.

Still, some of the more recent pieces - like an interview with Brazilian Ricardo Seitenfus, the Organization of American States representative to Haiti - are quite useful. (Numerous media reports say Seintenfus' two-year assignment ended early, due to the interview.)

In Le Temps, Seitenfus criticized the UN peacekeeping missions, Washington's repeated and negative interventions in Haiti, and the use of the country as a training ground for young humanitarian workers. (One english translation is here.) Among other things, Seitenfus noted that

[t]he country offers free rein to all humanitarian experiments. It is unacceptable from the moral point of view to see Haiti as a laboratory. The rebuilding of Haiti and the promise that we emphasize with 11 billion dollars arouse avarice.

While the emergency humanitarian aid played an important role, Seintenfus note that

when it becomes structural, when that aid substitutes the State in all its missions, a lack of collective responsibility is attained. [...] The January 12th earthquake and the subsequent cholera epidemic have only accentuated this phenomenon. The international community feels that every day you have to re-do whatever was completed the day before... It is the concentrate of our dramas and of the failures of international solidarity. We are not up to the challenge.

But not everyone agrees with Seintenfus, like a commentor on a Radio Canada article about the potentially lower rice harvest who claims to be a former Canadian soldier.

"Stop pooping in your rivers and your drinking water water resevoirs, buy a shovel, and bury you stinky piles where you make them."

Maybe the alleged former soldier should take a look at the recent report from Haiti Grassroots Watch•Ayiti Kale Je on cholera, water and excreta?

Mr./Ms. Former Soldier might be interested to know that those Haitians who are privileged or lucky enough to have a latrine or septic system end up sending their "caca" into a dangerous, open excreta pit a few miles from downtown, and from the Caribbean Sea. That's the best the "waste treatment center" Haiti can offer its non-river-poopers. (To be fair, the government sanitation agency is working on a more safe, modern pit, but as of Jan. 5 it had not yet opened.) 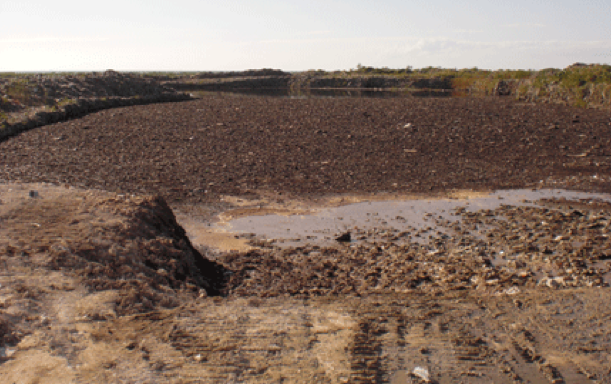 No human being chooses to "faire caca" in the rivers which provide water for fields and fish for dinner, or in reservoirs of drinking water.

Instead, they come from the powerful. From the country's long history of irresponsible dictators, from the donors who prefer to fund "NGOs" (non-governmental organizations that are actually more "G" than "N" since nearly 100% of their funding comes from government sources) rather than the state, from the International Financial Institutions (World Bank, IMF, Inter-American Bank) and from interventionist foreign governments.

In other words, from the privileged and powerful who have really never tackled the structural issues that demand structural solutions.

From the articles accompanying the Haiti Grassroots Watch•Ayiti Kale Je Behind the cholera epidemic video, it appears that a new Haitian state agency - DINEPA or the National Agency for Drinking Water and Sanitation - might be up to the task.

But will the state be empowered?

Will the international and national "NGOs" and their humanitarian experiments move over to make it possible for Haitians tackle their problems?

Let's see where we are when the "two years after" stories are being written...