What's another 200 dead? That appears to be the logic behind the Obama administration's recent drone strike in Yemen from March 22.

The attack came on the heels of a strike the week before in Somalia that killed upwards of 150. Even by the standards of the Obama administration's drone war, this is a marked escalation.

When the president was asked about the increased body count from the two strikes, he gave a typically political non-answer:

"There has been in the past legitimate criticism that the architecture, the legal architecture around the use of drone strikes or other kinetic strikes wasn't as precise as it should have been, and there's no doubt that civilians were killed that shouldn't have been," Obama said at a press conference at the end of the Nuclear Security Summit in Washington.

"What I can say with great confidence is that our operating procedures are as rigorous as they have ever been and that there is a constant evaluation of precisely what we do," Obama said. He did not offer specifics.

You can search those two sentences for meaning as many times as you want, but there's no possible way to parse out any relevant meaning from them. Obama is saying nothing at all here. Nothing. Here's the Commander in Chief's statement, condensed: "We've debated this before and now things are better because we pay as much attention to it as we used to and also more." 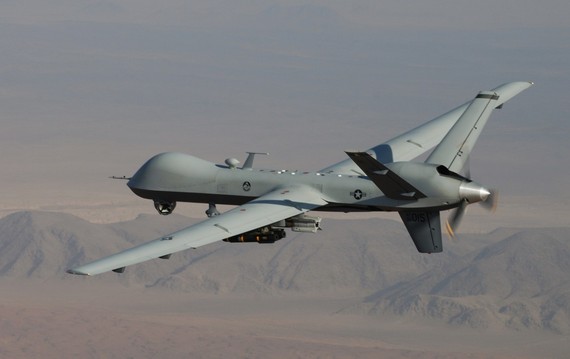 The drone war will be as much Obama's legacy as health care or reshaping of the Supreme Court. The program may have been born under the George W Bush administration, but it has expanded and grown to be the focal point of the GWOT over the past seven years.

Drones have become so ubiquitous in U.S. war-making that their use is uncontroversial in mainstream political discourse. The only debate at this point in the U.S. mainstream is between whether to use them sparingly or whether to unload hellfire annihilation from the heavens on the entire Middle East from the flying metal machines.

Yemen has been the testing ground for Obama's drone war. The country has been the target of a disproportionate amount of attacks over the past seven years- mainly because of its relative international weakness. Obama's tested his toys on the dispossessed people of the small and isolated nation.

The number of dead in the most recent strike indicate that the Obama administration is leaning towards the latter argument in its final year in power. It's true that although Obama's use of the machines has never been concerned with the lives of civilians caught in the crossfire, the strikes have had a relatively low body count per attack. 200 people is a jump.

That jump in body count means that the drone program the next president will inherit will not only be entrenched policy -- it will be more brutal, vicious and deadly.