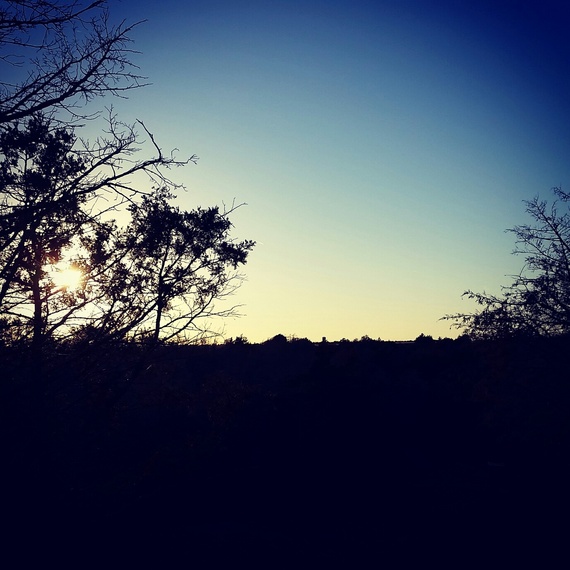 View from my tree stand

I went hog hunting last weekend. As a self-defined skier and climber, this is not my typical activity. Somewhere in adult hood, my brother and I, who grew up doing more or less the same kinds of activities took separate paths out in the woods of life. I moved towards 'recreation' and my brother to 'hunting'. These two paths too rarely intersect and are often times set at false odds with one another.

My brother found a sacred space outside that included at different times a bow, a rifle, a number of rods and reels, a tree stand, and an auger he could cut holes in frozen lakes in to fish. My experience of many of the same spaces required for me skis, a climbing harness, cams, ropes, and ice axes. Both of us however found more or less the exact same thing: freedom, a sacred reverence for our planet, and in many trips: healing.

In the past, we have fished together and even went up to Kodiak Island with my Dad to cast flies for salmon and go after halibut. The water provided a bridge between our outdoor avocations and a shared experience between two similar, but strangely separate lifestyles. It became a sort of shared space but wasn't where either of us would really prefer to be--in a deer stand for him and hiking up a snowy slope for me.

With all this in mind, I boarded a plane and headed to Oklahoma City where I would meet up with my brother Ben and a few of his friends, drive southeast to Gracemont, OK and into hog country. I had purchased just one hog tag, but most everyone else had two so we planned on hunting from Friday night to Sunday evening.

Making sure we could all hit a target out at the range before climbing into stands, my brother scoped himself. This happens when you put your forehead to close to the rifle's scope and the kick of the rifle breaks the skin on your forehead. I had no mercy for my brother's rookie mistake having become very familiar with rifles and shooting during my time in the Army.

Thirty minutes later, up in the stand and staring out into the woods, I texted my wife this message: There is indeed beauty everywhere. I can hear many birds and even the hogs at a distance. It's quite of man. Still and beautiful at dusk...There is something very wonderful in sitting this still in the woods, high in a tree.

The scene was bucolic and calming. I heard and saw a bright red cardinal float into the clearing where I was looking. Everything slowed down as I got to know this relatively small space in front of me. Moments later, the hogs came snorting into view. My heart beat raced. I took aim at one hog, an invasive and often ruinous species throughout the south, and fired. The pig fell and I let out a short laugh--not at the death of the animal, but because I had scoped my forehead something fierce. Karma worked quickly. 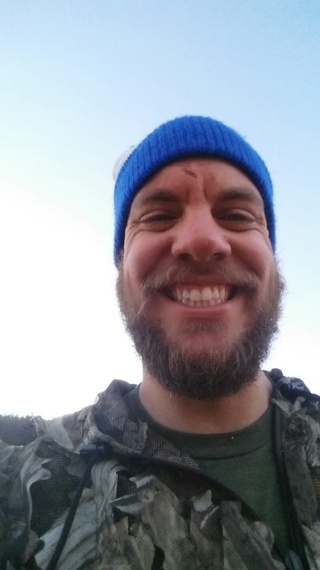 We may do things differently once we get outdoors, but the magic and power of the outdoors, the awe of what we experience, is a shared joy. I walked away from the hunt with about 40 pounds of fresh, wild, free range hog and the thought that if more of us outside, regardless of what path we were on, took the time to connect and see what the 'other' did, and that more often the other had the same reverence for our shared outdoors we do -- we would create a more powerful and unified voice for the land and its inhabitants.