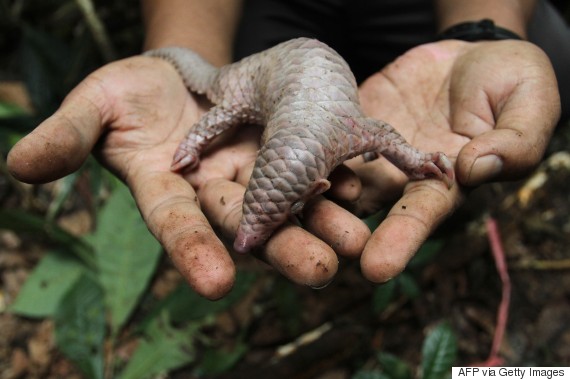 Pangolins are one of the most trafficked animals in the world.

Pangolins are one of the planet's most unique and adorable species. The scaly, anteater-like creatures live in parts of Asia and Africa, and there's an entire task force dedicated to their protection. A popular Pokemon character, Sandslash, was even based on these "artichokes on legs."

And yet, humans can't seem to stop killing them.

Authorities in Indonesia recently busted smugglers trying to transport 1.3 tons worth of dead pangolins into Singapore. Heart-wrenching photos taken by a Getty photographer show dozens of the animals frozen in their trademark armored ball before they were burned by customs officials on Wednesday.

Warning: The pictures below may be upsetting to some readers.

Pangolins are the world's "most-trafficked" mammal. The International Union for Conservation of Nature classifies the Chinese pangolin -- one of eight species of pangolins -- as "critically endangered."

But despite this designation, consumers in parts of Asia -- primarily China -- see pangolins as a delicacy, and they're frequently caught as bushmeat and smuggled across borders. Many believe
pangolin meat
can help nourish the kidneys, The New York Times wrote earlier this year. And, like many of their endangered brethren, attempts at conservation have been stymied by the unfounded belief that parts of their bodies (in this case,
pangolin scales
) have medicinal value. 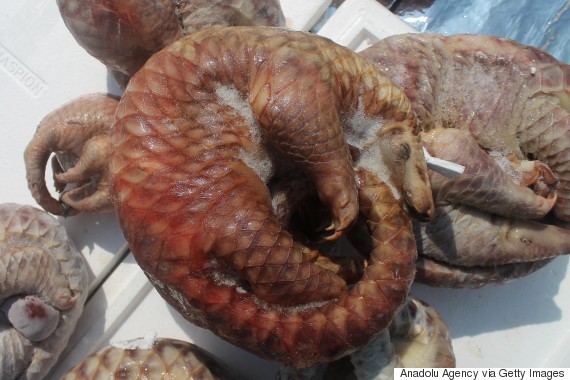 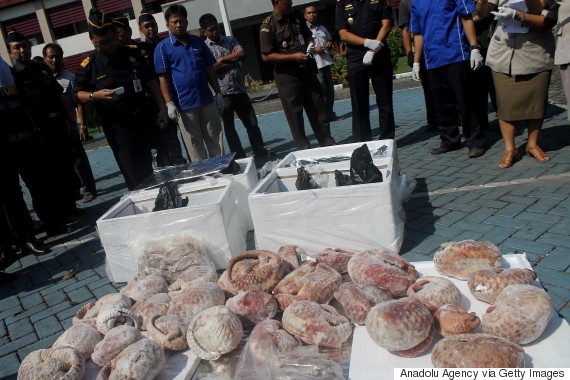 "The pangolin runs the risk of becoming extinct before most people have even heard of them," Britain's Prince William said last year.

Pangolins have suffered due to their relative obscurity compared to other, better-known endangered species like polar bears.

“That’s one of the problems with species like pangolins,” Annette Olsson, an adviser for Conservation International, told the Times earlier this year. “It’s not huge and not very charismatic. It’s small and weird and just disappearing.”

But concerned nations plan to vault them to the forefront of conservation efforts during next year's Convention on International Trade in Endangered Species of Wild Fauna and Flora meeting in Vietnam.

"We consider pangolins a priority species and fear that without concerted and strategic international cooperation and action, pangolins will disappear," the U.S. Fish and Wildlife Service wrote earlier this month. 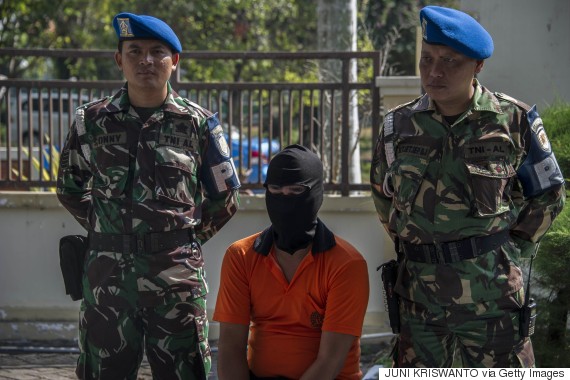 Soldiers guard an unidentified suspect arrested for attempting to export an illegal shipment of pangolin meat. 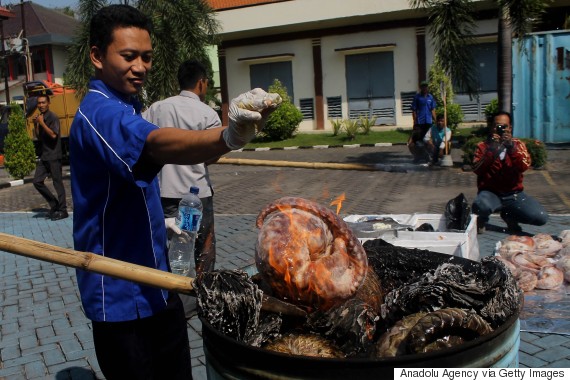 This Is How A Species Goes Extinct: More Than A Ton Of Frozen Pangolin Meat Seized In Indonesia
The World's Most Threatened Species