There's pressure to be a perfect parent. We have to pack the perfect bento box, plan the perfect fundraiser, pin perfect boards full of links about sensory play and birthday parties. Dirt and doubt are not allowed; A's are expected, not exceptional. We choose parenting philosophies; we make decisions: cry-it-out or cosleep, breast or bottle, discipline or gentle parenting. We read books. We scour websites. One screw-up, we think, will spiral Junior that much closer to years of psychotherapy.

But for the most part, it won't. We need to face it: No parent is perfect all the time. It's okay to have bad days, or to look back and realize we had a bad parenting afternoon. Junior will live. And we'll feel better for being honest, rather than wracked with guilt. Let's put down the Pinterest, shut up, and admit:

We yell sometimes.
We work hard not to. Oh, we work hard. But ask a 5-year-old to put his shoes on six times in three minutes, then realize he's standing zombie-like in the middle of the room, literally gazing at his navel. Gandhi would raise his voice. One kid I know went downstairs two days before Christmas and opened every single present under the tree. Another kept licking her finger and sticking it in the sugar bowl. Only a saint would keep her voice level when a 2-year-old dumps the Duplo box for the third time in five minutes. Should you be able to keep a civil tone in all of the above situations, the Vatican would like to speak with you.

We let them watch too much TV.
Our definition of "too much" may vary. But unless you've taken your TV/smart phone/iPad out in the backyard and shot it like a rabid dog, your kid uses it more than you'd like. Think Monday afternoon at 3:45 (the real witching hour): you just stepped barefoot in dog barf, the baby's screaming, and you know the sweet, sweet sounds of Daniel Tiger will make your kids stop killing each other long enough for you to do some laundry. Or the appetizers are late, you're out of crayons, and you can bring up LEGO Star Wars with two swipes and a click. An iPhone has saved dinner at TGI McFuckSticks more times than you want to admit.

We feed them junk food.
My kids eat PB&J way more often than I'd like to admit. They eat hot dogs; we hit fast food places too many times a week. So do you, because they're cheap and delicious and everything wrong with the universe. But damn are they tasty. At the playdate, I may whip out organic seaweed snacks. But we stop at Chik-Fil-A on the drive home.

We screw up the sleep stuff.
Say you'll only co-sleep? You let your kid cry-it-out once or twice. Swear your kid will only sleep in a crib? You let them crawl into your bed sometimes. You barely have that oh-so-necessary bedtime routine; you let them watch TV right before lights out, and you sometimes (usually) let them car-nap instead of actually nap. It's just easier that way. Whatever your "sleep philopsophy," and God help us all that the term is a thing, you have compromised it.

We make threats we can't enforce -- at least sometimes.
When we were kids, people threatened to knock us into next week. We've evolved somewhat; now, we say, "I will put you to bed for the rest of the day!" at 10 in the morning. We know we can't enforce it. We know it makes no sense. But sometimes I hear myself saying it anyway, almost as if I'm possessed the spirit of a vengeful Fifties housewife.

We steal.
If you're anything like me, there's only one way to keep yourself from drowning in toys: sneak-donating the ones they aren't using. We steal their toys, their desserts (oh no, you ate all the chocolate yesterday, honey), but hopefully not their allowances.

We forget to say "please" and "thank you."
I spend 15 minutes pleading with my kids to clean up their Star Wars, then walk off without a word -- something that, if reversed, would make us parents demand "What do you say?!" We ask our kids to do things with nary a "please," then wonder why they seem to have never learned the word. Um ... yeah.

We lie.
One friend told her son the gymnastics place was only open when it rained, a masterful use of what I'm calling PPP: Parental Prevarication Privilege. Things that fall under this category include Santa, the Tooth Fairy, Mommy's drug use, where Daddy lost his virginity, the meaning of "a needle and a spoon" from the Rolling Stones' "Dead Flowers," and the availability of "Fireman Sam" on Amazon Prime.

We forget to say "I'm sorry."
Why is this one last? Because it's the worst one. We all mess up. But it doesn't cost anything to say we're sorry for our bad behavior.

When we get caught, of course. 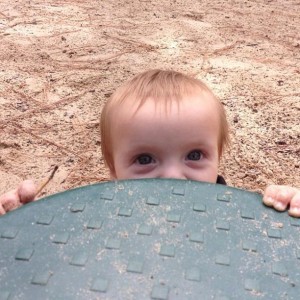 This post appeared in part on Manic Pixie Dream Mama.

Why Is Your Kid Crying?