BEIRUT -- At this point, there are important components to events which are not clear: Were the plans for the downing of the Russian airliner in Sinai, last week's multiple suicide attacks in Beirut and the bombings in Paris, conceived within the Islamic State leadership and the operations executed according to the wishes and directions of the ISIS leadership in Raqqa or Mosul?

President François Hollande implied a connection to Raqqa, but gives no evidence. But if this indeed is so, and let us presume it is, it signals a major shift in strategy by ISIS. The consequences imply that the West may no longer be able to fend off acknowledging the Wahhabist origins of movements such as ISIS and Al Qaeda, nor ignore their umbilical connection to Saudi Arabia, which has succored them -- even as the House of Saud now fears that its monstrous progeny is intent on "cleansing" Arabia of the Al Saud themselves, and returning it the pristine Wahhabism on which Saudi Arabia originally was founded -- the "one, true Islam" that ISIS insists upon.

Al Qaeda is global, ephemeral and virtual, whereas ISIS is territorial.

In the wake of 9/11, the fact that 15 of the 19 attackers were Saudi citizens was airbrushed out from the landscape in favor of claims that Saddam Hussein had weapons of mass destruction -- which Washington wished the world would focus on more. It will not be so easy to ignore the historic dimension now.

America may have to take a deep breath and fundamentally reconsider the nature of its alliances with the likes of Turkey and Saudi Arabia, which both openly proclaimed their intent, in Syria today, to go on aiding the gamut of these Caliphate forces (ISIS, Al Qaeda and Ahrar al-Sham). Recall that ordinary Syrians have been living Paris' Friday terror on a daily basis, for five years now. It is hard to see how the West can continue its ambiguous game of footsie with such forces, in the wake of what may have happened in Sinai, in Beirut and Paris. 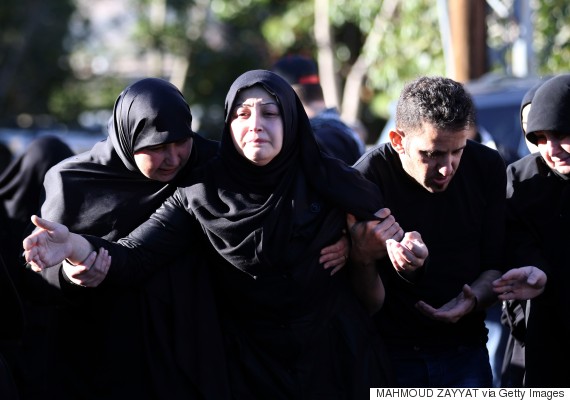 Advertisement
The wife of one of the people killed in a twin bombing attack that rocked a busy shopping street in Beirut mourns. (MAHMOUD ZAYYAT/AFP/Getty Images)

So, what can have prompted this major strategic shift by ISIS? Well, there has always been one major point of dissent between Al Qaeda and ISIS: Al Qaeda's leadership has said, openly, that it believes that ISIS had erred by proclaiming the Caliphate, the Islamic State. The ISIS proclamation was premature and the conditions were not propitious, Al Qaeda's leaders stated.

Al Qaeda military operations focus on the "vexation and exhaustion" of America and its Western allies, which would eventually lead to an overextension of Western forces in many ways: morally, militarily, politically and economically. A reflection of this different approach to ISIS has been Al Qaeda's willingness to work and cooperate with other insurgent forces in Syria; whereas ISIS rejects cooperation, demanding instead absolute allegiance and obedience.

ISIS opted for the absolute: an all out push to establish God's "Principality" (a Caliphate), here and now, on physical territory, with borders, administration, Sharia law and a system of justice. The big difference between the two movements in effect, is "territoriality." Al Qaeda is global, ephemeral and virtual, whereas ISIS is territorial.

It is too early to say that ISIS is collapsing -- but a part of it may be.

But what if ISIS fears to lose this territoriality? Strange things are happening in Syria. Villages that have been held by ISIS for two years are falling to government forces in hours. Everywhere small gains are being made by the Syrian army or its allies, across contested areas. It is too early to say that ISIS is collapsing -- but a part of it may be.

And if ISIS begins to lose its distinguishing feature -- that it is a territorial power in Syria and Iraq -- then perhaps its leadership might conclude that Ayman al-Zawahiri was right: Al Qaeda was right, and ISIS, if it faces losing its territoriality, must adopt Al Qaeda strategies (Al Qaeda has already called for a united stand with ISIS against the Russian and Iranian interventions in Syria).

But what, on the other hand, if this is not a strategic decision by the ISIS leadership, but rather that the bomb on the Russian aircraft and the suicide bombings in Beirut and Paris were spontaneous, copycat attacks by local elements and not conceived, ordered and operationally initiated in Raqqa or Mosul?

In this case, Europe has a different problem -- but one no less serious. In some ways, the public evidence does not lean towards a Raqqa-led initiative. It leans the other way. From what we know to date, all of those involved in the Paris attacks were European citizens. In short, it was a case of European on European war. It is not clear that any of the perpetrators were returnees from the conflict in Syria (the authenticity of the Syrian passport found at the scene has been questioned). 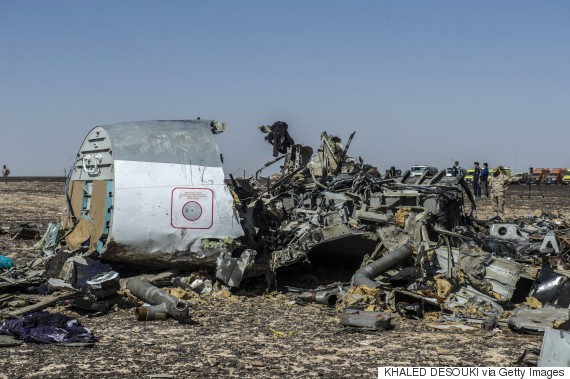 Debris of the A321 Russian airliner on the ground a day after the plane crashed in Egypt's Sinai Peninsula. (KHALED DESOUKI/AFP/Getty Images)

And if there was no direct order from the ISIS command, there is prima facie in Europe, a shadow Al Qaeda-like structure taking shape: the attacks in Paris were well-planned, prepared and executed. The claims of responsibility are not definitive: there have been examples where Islamic leaderships have accepted responsibility and claimed an attack even when they did not order it -- and whereby claiming it, severely damaged the movement.

Omar Ismail Mostafai, one of the suicide killers in Paris, was of Algerian origin -- and so, too, may be other named suspects. Said and Cherif Kouachi, the brothers who murdered the Charlie Hebdo journalists, were also of Algerian parentage. They came from the five million-plus Algerian community in France, for many of whom the Algerian war never ended, and who live today in the slums of Saint-Denis and other Algerian banlieues of Paris.

If this is so then not just France, but other European states, too, will need to take a deep breath and wonder how their policies have metamorphosed, from ostensible multiculturalism, into a "soft apartheid" in which Europe's Muslim citizens feel the discrimination and contempt of many of their fellow citizens. European leaders cannot simply ignore the historic context in which Algerian Muslims (rightly or wrongly) feel their Sunni world to be in crisis: with Sunnis standing marginalized, with the feeling that Sunni power is being usurped. Or, that an Algerian can say "Je suis aujourd'hui Syrien," just as a Briton or any other European may be saying "I am Paris today." Bombing Raqqa will not resolve this -- if indeed, that is what lies behind the Paris bombings.

This is not to justify, but rather it is to lament how shy we have become towards clear-sightedness. Puritan Wahhabism was born at a time of an earlier Muslim crisis. It sought to cleanse Islam by fire and the sword -- from all the decadence and idolatry that had accrued to it. And today, with European Sunni Muslims in a fresh crisis, it is the same Puritan call which issues out from the mosques of Paris and London, and from many dedicated television stations -- funded by our Saudi and Gulf "allies."