ATHENS, Ga. — The winners of the 2010 Peabody Awards announced Thursday include some of the biggest names in television, but the age-old medium of radio shined in this year's competition with eight awards.

Winners announced by the University of Georgia include "The Moth Radio Hour," which celebrates storytelling in a weekly series, and WNYC's series "Radiolab," a scientific exploration show. Others include "Trafficked," a Youth Radio investigation into child sex-trafficking with vivid first-person accounts.

See a sampling of the winners below. All captions by the Peabody Awards.

National Public Radio garnered three awards with coverage of Pakistan, the bail bond system in the U.S. and rapes on college campuses.

The awards, the oldest in broadcasting, recognize achievement and public service by TV and radio stations, networks, producing organizations, individuals and the Internet. UGA's Grady College of Journalism and Mass Communication has administered the Peabodys in Athens since the program's inception in 1940.

UGA handed out a record 39 Peabodys this year.

"The Peabody Awards were established with deep respect for the critical role played by electronic media in contemporary society and culture," said Horace Newcomb, director of the Peabodys. "The annual announcement of the recipients continues in that spirit to recognize work that sets the highest standards for the media industries."

News station winners include: WTHR-TV in Indiana for an investigation into inflated job-creation statistics by state officials; KSTP-TV's investigation into the accidental electrocution of a Minnesota sailor in Iraq; and WFAA-TV in Dallas for a probe into government-funded "career" schools that don't pass muster. WILL-TV in Champaign, Ill., got an award for a documentary on the landmark court case establishing the separation of church and state in public schools.

C-Span's Video Library, a free website with every program the channel has aired since 1987, was honored, as was CNN for its coverage of last year's oil spill in the Gulf of Mexico.

International award winners include Hong Kong's Phoenix InfoNews Channel for a report on challenges facing workers from rural China moving to the city and a BBC Four secretly-filmed documentary about the horrible living conditions for Zimbabwe's children.

The winners are chosen by the 16-member Peabody Board, composed of TV critics, industry professionals and experts in culture and the arts. All entries are made a permanent part of UGA's Peabody Archive, the nation's oldest and largest moving-image archive. 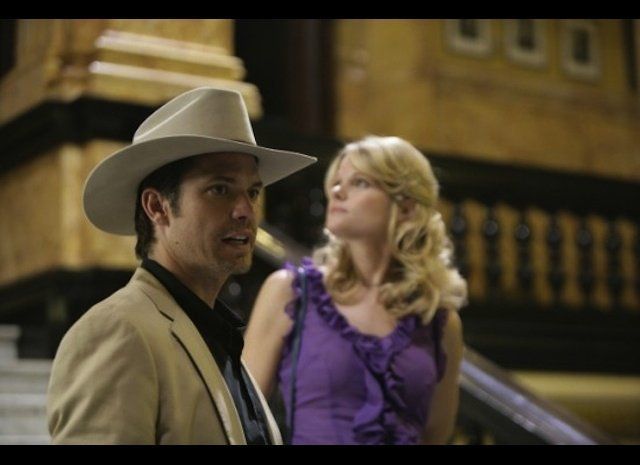