Two Oklahoma Highway Patrol troopers have been pulled off the streets following allegations of excessive force against a deaf man in Oklahoma City.

According to a website set up for Pearl Pearson, the 64-year-old man is recovering from his injuries nearly two weeks after a violent confrontation with two Highway Patrol officers during a traffic stop.

SEE PHOTOS OF PEARL PEARSON AFTER THE ALLEGED ASSAULT

"Pearl pulled over and rolled down his window, expecting an officer to ask for [his] identification," the website states. "An officer struck him in the face before Pearl had the chance to do anything. As you can see, he was struck multiple times."

The website alleges Pearson, who is deaf and diabetic, has a placard on his driver's side door that says, "Driver is deaf." His license also allegedly indicates he is deaf.

"An interpreter was never provided while Pearl was under the care of law enforcement," the website states. "Not during the booking, hospital, or time at the jail was an interpreter provided, even though Pearl requested one."

"An internal investigation is being conducted," Brown said. "If it is determined there were any violations of department policy, the appropriate action will be taken."

The troopers stopped Pearson because he allegedly fled the scene of a car accident in south Oklahoma City. When they stopped him, he "resisted Trooper Foster and Trooper Hayes ... [and] refused to comply with repeated lawful orders to display his hands," according to a police affidavit.

The document does not indicate whether the troopers were aware Pearson is hearing impaired.

Pearson was taken into custody at the scene and ultimately charged for resisting arrest and leaving the scene of an accident.

Pearson's attorney, Billy Coyle, did not return a call for comment from The Huffington Post on Tuesday. In an earlier interview with KFOR News, Coyle denied his client did anything wrong.

"My client is completely innocent of these allegations," Coyle said. "We are waiting on the OHP report and we are sorting through the facts of the case. My client is profoundly deaf and was trying to give officers his specialty license during the stop."

According to Brown, neither Pearson nor Coyle have filed a complaint about the incident with the Highway Patrol.

The organization "Total Source for Hearing-loss and Access" is holding a fundraiser for Pearson in Tulsa, Okla., Thursday. The benefit will try to raise funds for his legal and medical expenses.

Rene Ryan, the executive director for the organization, told HuffPost the agency does not have a position on whether excessive force was used in the case.

"We have not asked for the details of what happened," Ryan said. "We are an advocacy agency and for us, there was a communication issue and a culture issue that was not addressed, and as a result, he sustained injuries ... We're trying to focus on [educating people] so this does not happen again." 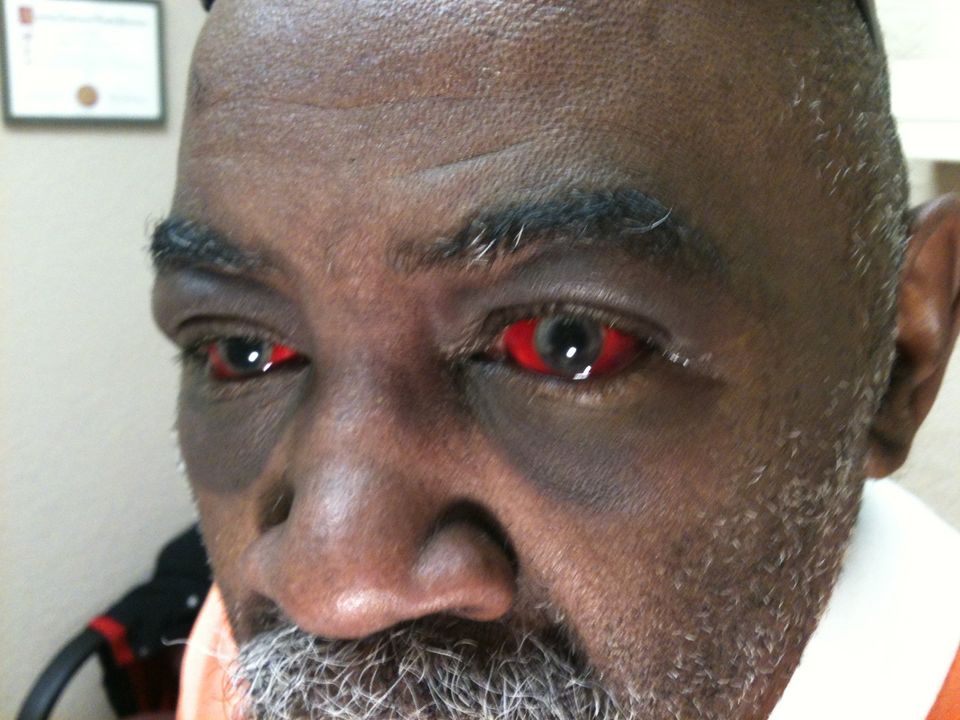