Sweaty palms. Dry mouth. A throbbing heart. At some point, most of us have experienced these awful symptoms of stage fright. And we've all heard that deep-breathing and other techniques for calming down are best for reining in these symptoms.

But maybe that familiar advice is all wrong.

A provocative new study suggests that rather than trying to calm down, you may be better off embracing your nerves and getting excited.

“When you feel anxious, you’re ruminating too much and focusing on potential threats,” study author Dr. Alison Wood Brooks, assistant professor of business administration at Harvard Business School, said in a written statement. “In those circumstances, people should try to focus on the potential opportunities. It really does pay to be positive, and people should say they are excited. Even if they don’t believe it at first, saying ‘I’m excited’ out loud increases authentic feelings of excitement.”

Why excitement? It's actually similar to anxiety.

"Anxiety is a negative valence emotion with high arousal, excitement is a positive valence emotion with high arousal," Dr. Philippe Goldin, a neuroscientist at Stanford University who was not involved in this study, told The Huffington Post in an email. "Anxiety is normal and often helpful in focusing attention and drive to get things done, take action; when anxiety is above a threshold both in intensity and duration it begins to be corrosive and undermine productivity and wellbeing."

And as clinical psychologist Dr. Guy Winch, a HuffPost blogger and author of the book "Emotional First Aid," told The Huffington Post, our bodies experience many of the same physiological responses when we’re excited as when we’re anxious.

"It’s your mind that’s putting a different spin on what your body is going through," said Winch, who was not involved in the study.

What happened? Those who told themselves they were excited were rated as more persuasive and relaxed.

In the second experiment, 188 men and women were given difficult math problems to complete. Before the assignment, some read to themselves, “Try to get excited.” Others read the message “Try to remain calm." A control group were given nothing to read.

In this experiment, those who read "get excited" scored 8 percent higher on average than those in the other groups.

Winch likened the findings to what many people experience when they anticipate riding a roller coaster or another scary attraction. Really, who wants to plummet several hundred feet?

“But the difference is because you know it’s a ride, because your mind knows you’re safe, that same feeling of terror translates to something that is enjoyable," Winch said. “It allows people to reinterpret the visceral feelings of their physiological responses from anxiety and dread to excitement."

The study was published online in the Journal of Experimental Psychology: General on Dec. 23, 2013. 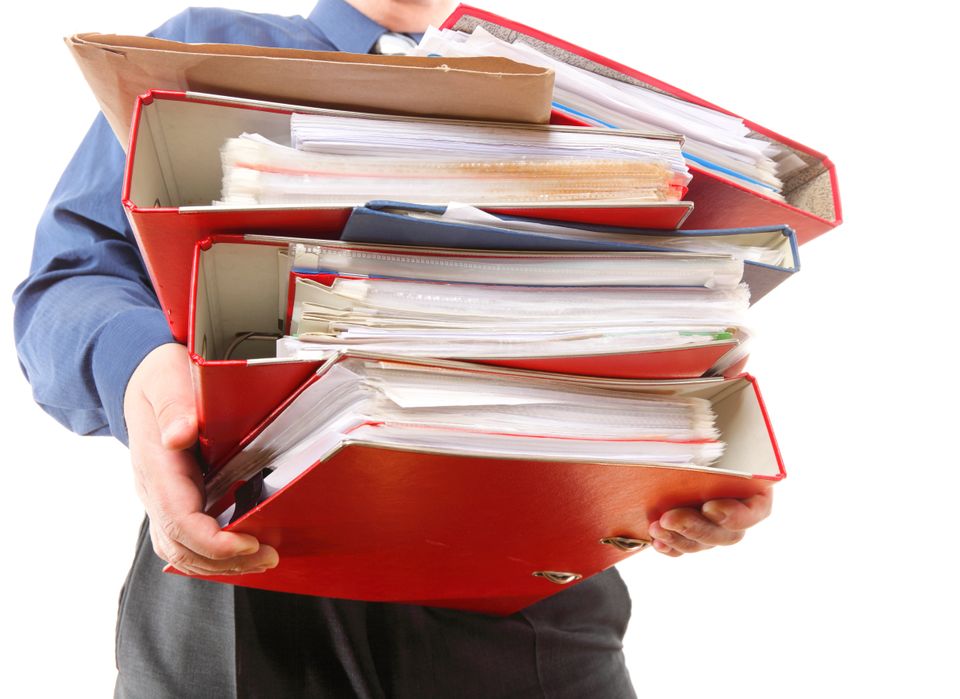 1 / 11
Work Stress Is Bad For Your Body
A Lancet review of studies from last September identified a potential risk of too much work stress -- an increased likelihood of <a href="https://www.huffpost.com/entry/work-stress-heart-attack-risks-job-strain_n_1882367" target="_blank">suffering a heart attack</a>. The review, conducted by researchers at University College London, shows an association between having a straining job and a 23 percent higher risk of heart attack. Plus, another study published last year in the Journal of Occupational Medicine showed that work stress could also take a toll on women's health particularly by <a href="https://www.huffpost.com/entry/job-stress-diabetes-risk-women_n_1837701" target="_blank">raising their diabetes risk</a>. And another study in the journal PLoS ONE found job stress could actually accelerate aging, as the researchers found an association between <a href="https://www.huffpost.com/entry/job-stress-aging-telomeres-age-_n_1711686" target="_blank">work stress and shortened telomeres</a> (sections of our DNA which are linked with longevity).
Shutterstock