Just when you think you've seen it all -- think again.

The Moultrie Colquitt County Humane Society in Georgia shared photos of a very special pup that's available for adoption on its Facebook page earlier this week. Rami, a delightful pit bull-dachshund mix, has been attracting quite a bit of buzz on the Internet. His pictures have already racked up more than 30,000 shares.

The precious pooch, who has a pit bull-type head with a dachshund-type body, has become so popular that the Humane Society announced that they will put prospective owners through an interview process as a result of the influx of adoption requests. Don Flowers, manager of the shelter, told The Huffington Post that they have already received more than 200 applications for the pup, and will begin choosing an owner next week. 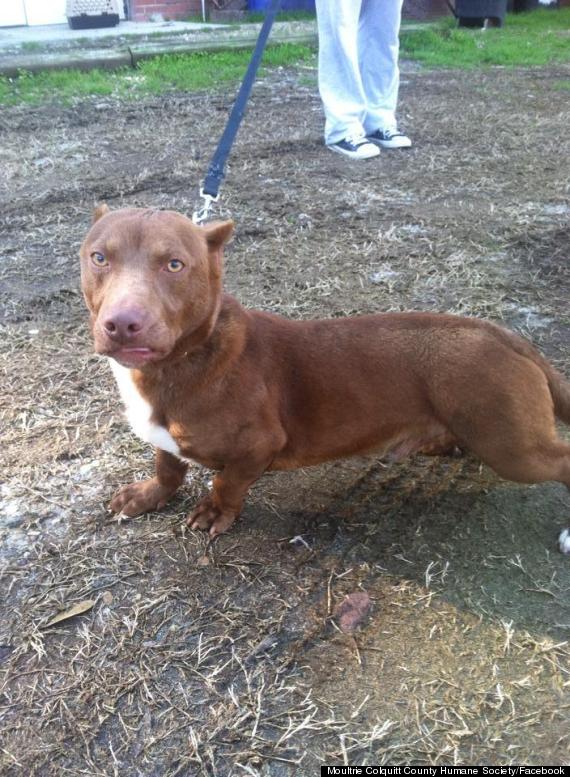 As this centaur of the dog world charms the hearts and minds of the Internet, we'll take his captivating existence as proof that somewhere out there, pigs are flying.

Enjoy an adorable video of him below: