Pixar loves a good romance story, and the animation studio certainly tells them well, especially in quick doses. Its theatrical shorts -- from “Tin Toy” (the first computer-animated short film to win an Oscar) to last year's “The Blue Umbrella” -- capture something about humanity often missed in the breadth of longer films.

Today, we’re gushing over the new art for “Lava,” Pixar’s next short. It will screen ahead of the feature length “Inside Out” when it opens on June 19, 2015, and premiere at the Hiroshima International Animation Festival in Japan in August this year.

“Lava” will tell the story of a curmudgeonly volcano, Uku, and his hot top love interest across the sea, the mountain Lele. 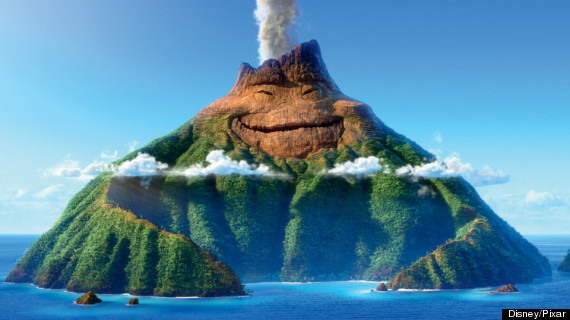 "I thought it would be so cool to fall in love with a place who’s also a character," director James Ford Murphy told the Los Angeles Times. "I wanted to make Uku appealing and likable but also look like he’s been carved out of lava flows."

“Inspired by the isolated beauty of tropical islands and the explosive allure of ocean volcanoes,” Disney said in a statement, “'Lava' is a musical love story that takes place over millions of years.” It might not be surprising to learn that the idea for “Lava” came to Murphy while on a honeymoon on Hawaii’s Big Island.

While pitching the story to Pixar executives, Murphy learned to play the ukulele and wrote an original love song, which will be featured in the film and is performed by Hawaiian musicians Kuana Torres Kahele and Napua Greig, the LA Times reports.

Murphy said that the seven-minute film, like many of Pixar’s other shorts, will also act as practice for Pixar to develop and improve its technologies for future films. For example, “Lava” will feature digital helicopter shots of the mountains. “This whole story has been an exercise in contrast,” he said.

Check out the movie poster -- reminiscent of some art deco cruise liner ad -- and a photo of Uku in the Pixar Animation Studios' lobby gallery: 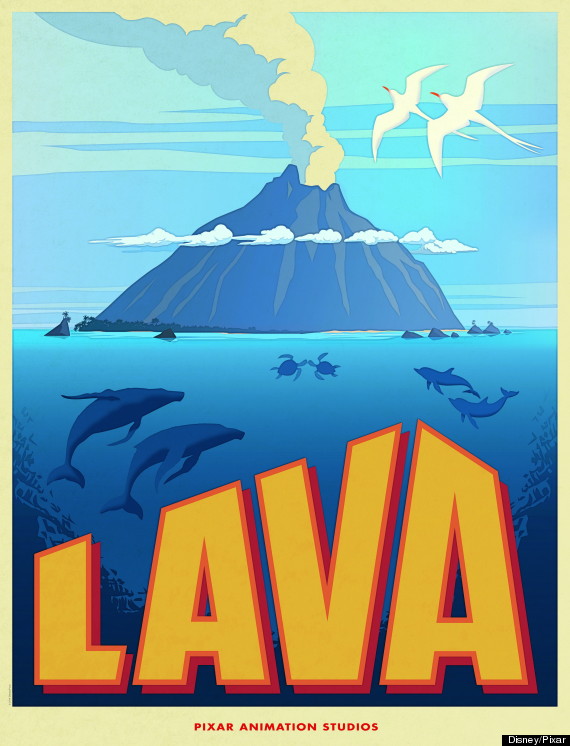 Entertainment Inside Out Pixar

We're Pretty Sure Pixar's 'Lava' Will Melt Our Hearts
Fascinating Volcanoes
1 / 7
Marum Volcano - Ambrym Island
<a href="http://www.volcanodiscovery.com/vanuatu/" target="_hplink">Volcanodiscovery</a> considers the Marum Volcano in the southern Pacific Island of Ambrym one of the most unspoilt and intact places of the earth. In 2010, a Youtube video of volcanologist Geoff Mackley climbing into the boiling Marum crater went viral. "A lot of people might think I'm crazy," <a href="https://www.huffpost.com/entry/geoff-mackley-daredevil-r_n_750650" target="_hplink">said</a> the freelance photographer from Auckland, New Zealand. "The incredible noise... the heat.... the toxic gas... the falling rocks...the danger, nothing else in life will ever compare to the mind blowing rush of being so close to a spectacle like this!"
Geoffmackley/Youtube