As the bus drove through Plovdiv's suburbs, after a two-hour journey from the capital Sofia, I felt like I was visiting an old friend.

I have had an inner obsession with Plovdiv for years. My fixation with the myth of Orpheus led me to the lands of ancient Thrace, right to this historic city situated between the Rhodope Mountains (the legendary homeland of Orpheus), the Thracian Plains and the Balkan Mountain Range. 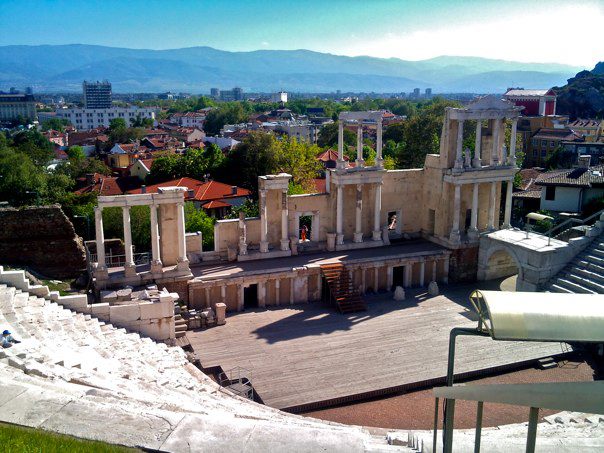 The sun already burned in May, amplifying the car fumes in the Hristo Botev Boulevard as we made our way from the bus station, and even finding our hostel became an adventure. The street signs sprawled in Cyrillic script fortified the impression of being on the "other side of Europe". The road curved past the tall chestnut trees shading the street, under the flaking houses that paved the way to our guest house. On first impression, Plovdiv was slightly dilapidated with a sense of fading grandeur, a quality I love in old cities. I adored Plovdiv instantly, but the best thing was that I knew there was more to discover in the hot and dusty streets of Bulgaria's second city.

Hills peeked up above flaking façades adorned with elaborate plasterwork. The city had seven hills once, like Rome, but they were used as quarries over the centuries, leaving the city with only five, maybe six hills that can be classed as such, where the three hills of the old town are the most prominent.

Plovdiv's history dates as far back as 4000BC, when it began life a Neolithic settlement. It is one of the World's most ancient cities and Europe's oldest inhabited city -- even beating Athens. The settlement was originally Thracian, but it became a major Greek and then a Roman city known as Philippopolis, named after the King of Philip II of Macedon, Alexander the Great's father, who conquered the city in 342BC. Plovdiv became a city in tune with the ever-changing evolution of history. 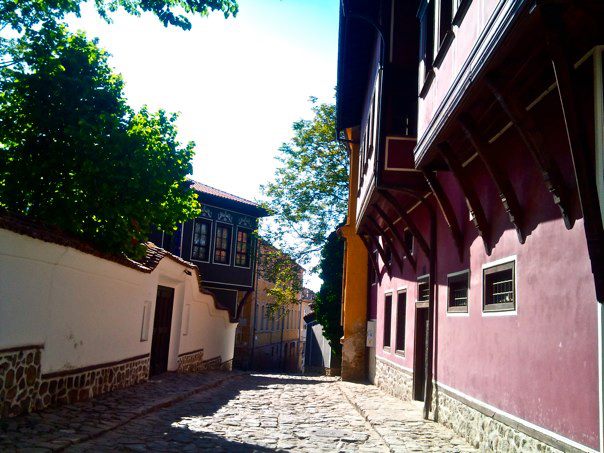 Echoes of Plovdiv's past still wink behind fenced off excavation areas in the center, hinting at Roman columns and overgrown Thracian ruins on the hillside. The narrow streets of the city's Revival era old town coiled up the hill, taking us up, across the large stone clad pavements radiating the heat as we sweated up the hill searching for the city's history. Our base instincts took us down the most shaded roads, leading us into Plovdiv's Roman Theater.

The Theater overlooks the city, with views all the way over to the Rhodope Mountains that span the southern fringe of Bulgaria and all the way into Greece. There were no crowds here, just a couple of people scattered about the marble stones and the towering colonnade of the reconstructed stage. Encased with a fence of metal bars, a rope cord stretched across a gap, marking the entrance to the Theater. The ticket collector sat under the shaded veranda enlaced with flowers and vines only meters away.

I handed over 5 Lev (2.50€) to the ticket collector as a cat brushed my leg. I caught sight of another tabby ducking under a bush by the ring of worn down marble seats.

"Too many cats," he said to me, "I look after all of them. I have five at home and about twelve here. But, someone has to take care of them."

He pointed to a sack of dry cat food, but I didn't catch sight of any of Plovdiv's "Roman Cats" for the rest of the afternoon.

I could only make out a hum of distant traffic as I walked through Plovdiv Old Town's deserted streets. I found it surreal, and refreshing, to stroll through a city as beautiful and as historically significant as Plovdiv, without encountering endless shops selling tat for tourists or restaurants where determined waiters try to drag you in. I caught the scent of lilacs and the subtle background noise of crockery behind opened wooden shutters. 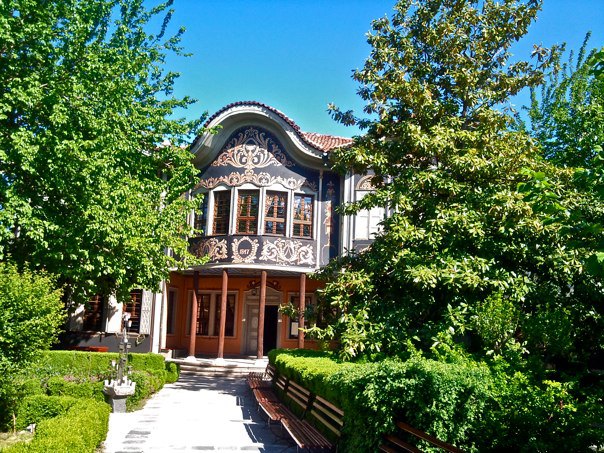 Most of Plovdiv's touristic life takes place on Saborna Street, but even here the gift shops retain a sense of authenticity, like the artisanal gallery, whose painted antique carts and ploughs filled its courtyard. Further down, just before we reached the gold and black sinuous waves of Plovdiv's Ethnographic Museum, a live chicken clucked at us from the top of a postcard stand, just outside a souvenir shop in the square. 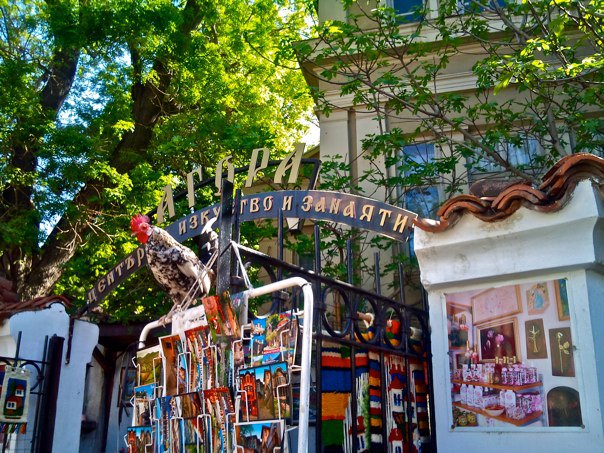 Ancient Plovdiv is subtle, especially when the elaborately painted houses decked with wooden beams from the Bulgarian Revival hog the limelight, albeit deservedly. Roman ruins are always in the undergrowth; some are excavated and beautifully presented, like the Theater or the Stadium in Plovdiv's busy downtown. Plovdiv's Thracian heritage shies away up on Nebet Hill, where its overgrown ruined walls overlook the Old Town and the Mosque.

I didn't expect to find the Orpheus connection in this Thracian city, I had plans to pursue that obsession in the Rhodope Mountains the next day. Yet, as I descended the steps from the Old Town, I caught sight of a mural towering above the creeping ivy, shrubbery and graffiti covered wall. With a lyre in hand, etched into the side of an old house - I found Orpheus.