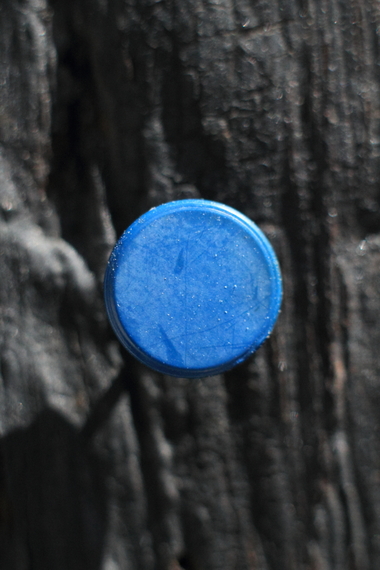 When something is removed sometimes there can be trace evidence of its presence. The outline on a bare wall where a painting hung for decades, the impression left in a rug where a chair has sat for weeks, a blurred circle on a tabletop where a glass stood for moments. For this instance that which is left behind are thumbtacks upon the surface of telephone poles on any given street.

Sometimes they map out the four corners of the post they once held, often times they sit alone with no visual identifier of their place or the information they were once charged with presenting. The act of tacking a bill to a wall dates back thousands of years and somehow it remains common practice in an age where hundreds, thousands or even millions of people can be notified of something in an instant via Twitter, Instagram or even here where you are reading this on the Huffington Post.

Post Post is a collection of portrait photographs of just such thumbtacks (or pushpins) that adorn the poles of Los Angeles' Echo Park neighborhood. Framed to mimic a classic portrait or headshot, each thumbtack holds the center of the photograph with the pole occupying the surrounding space. These images obscure their placement and location and restrict the focus to the thumbtack itself. This macro perspective of the subject limits our view to simply texture, shape and color.

Weather has the greatest effect on the texture, both of the thumbtack's surface as well as the wooden pole it resides on. Some are tarnished with rust or faded from exposure breaking down with the passage of time while others are fresh and clean with a hint of a fingerprint remaining.

Their shape is wholly utilitarian mimicking the shape of our fingers tip. The pushpins lines are drawn from the human form and their balance of simplicity and effectiveness has left them relatively unchanged since invention in 1900.

Packaged and sold in packs of various colors or uniformly alike, their commonly bright colors could be a factor in their use or employed with no notice given. When used inside we often find ourselves digging through a box searching for four like colors. Yet on a street corner hurriedly posting an advertisement our choice may be less selective.

From the colorful posters promoting concerts to yard sale notices, this lingering technique could in its own right be seen as some Warholian form of street art from their pop palette employed to catch your eye to their simple crude hand scrawled fonts stating "Attention this is temporary". The very nature of their existence results in an extremely short life in the world.

The weathered heads of thumbtacks holding fast to telephone poles around the city, crowded by staples; which more modern and convenient than thumbtacks and seem to demonstrate this progression of ease, forcing out previously used materials that worked in a similar same way with the same efficiency.

The use of pushpins requires more physical involvement, as opposed to say staple guns. The force required to sink the pin into the pole takes human energy and physical motion, much like the difference between hand-to-hand combat vs. modern warfare. We could relate the thumbtacks to the Japanese holdouts found years and sometimes decades later still obeying their orders long after their need had expired.

The thumbtacks existence is a quiet one. The placement of these small dots of color on poles is similar to the height paintings are hung at in galleries. Though their presence is less demanding due to their size and location. Walking down a city street you may pass dozens of these colorful circles without notice yet once on the white walls of a gallery our attention could be fixed on paintings using the same shapes and colors (e.g. Damien Hirst's Spot Paintings). Is our perception of their purpose the only factor that places them in their position? Or is it simply whose hand has placed them that determine their worth? No matter how we choose to consider these colorful tools their ability remains, as does their presence, as we move past. 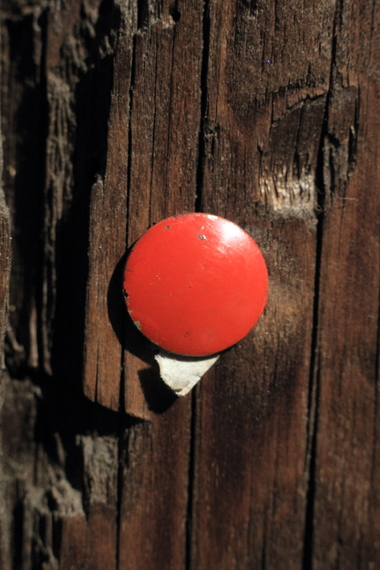 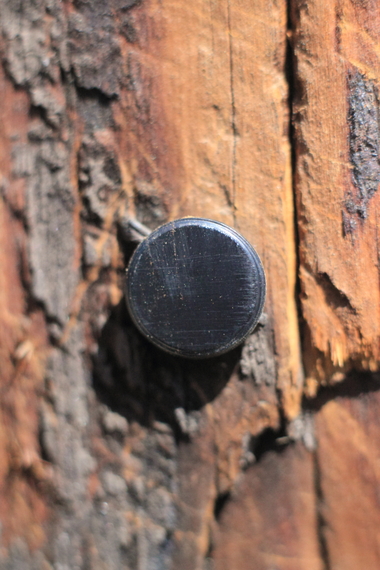 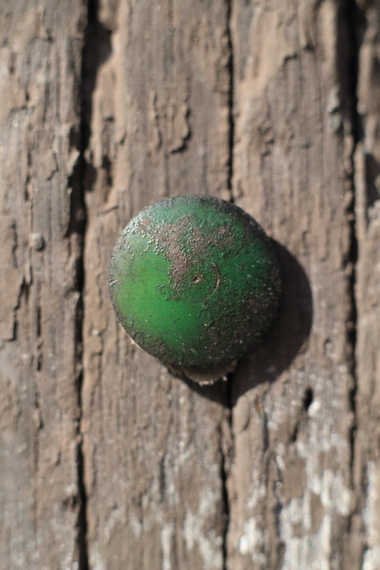 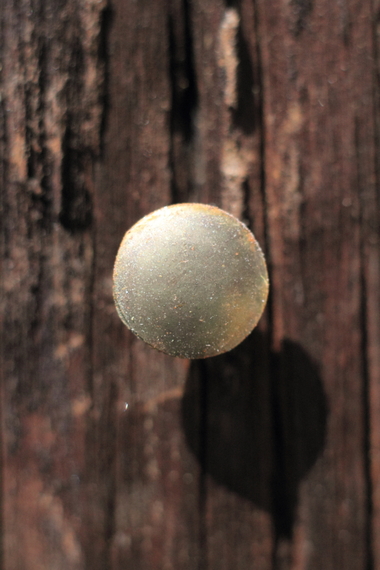 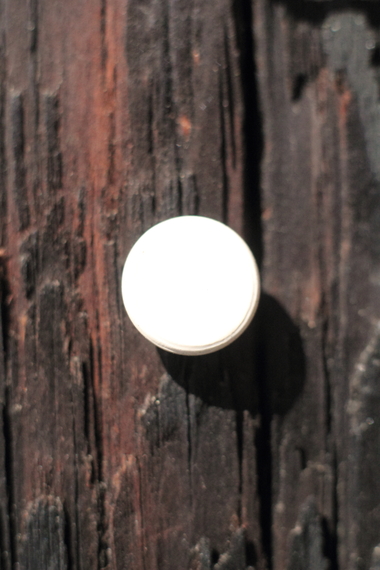 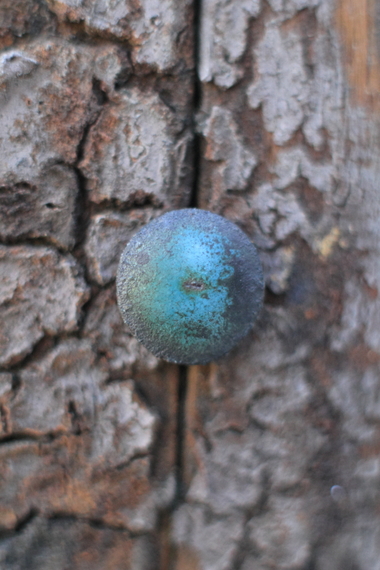