I have been successfully making movies and television shows for over twenty years now, and this is the first time that there is such a huge disconnect between what is real, and what everyone thinks is real. The perceived reality is that: It's impossible to break into the film and TV business. And as I write in my new book, that misperception got me mad. Really mad. Howard Beale in Network mad, because that's just not true. Just the opposite. The good news is that it has never been easier to make movies and TV shows and break into the business.

1. You Don't Have To Know Someone To Get Into The Film and TV Business 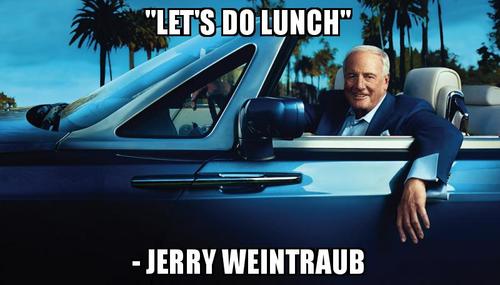 The opposite used to be true, that you had to know someone to get into the business, but that is no longer the case. The new technology has changed all rules of the game. There now exists a plethora of outlets who are desperate for product and new talent. Sure, you can't call Warner Brothers tomorrow and get a job -- but you can easily create product that if done properly, will have Warner Brothers calling you, and asking you to work with them.

Side note: But if you pitch them your idea Titanic 2: The Iceberg's Perspective in 3D, the calls may stop.

2. You Don't Have To Go To The "Right" Film School To Become A Successful Filmmaker 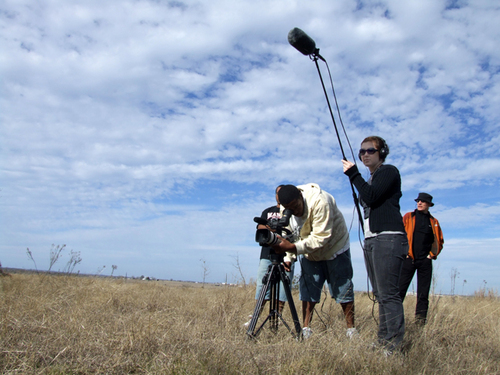 Over my career, I have taught at the most prominent film schools in America, and have started the careers of many first time filmmakers who have gone on to have major film careers as writers, directors and producers. And I can say that about only 10 percent (if even that much) ever went to Film School, much less a prominent film school. Making films and television programs is all about mastering the art of telling compelling stories, not learning about film theory and how to use film equipment. Virtually all of the successful filmmakers I have worked with, first and foremost, they had stories that they wanted to tell.

And the good news here is that with the growth of the Internet, with the proper research and follow up, you can get what you need to start making movies. It is just a click away.

3. Even If You Cannot Write "Good," You Can Still Become A Successful Filmmaker

Steven Speilberg, Martin Scorsese, Kathryn Bigelow, David Fincher -- do these names ring a bell? All of these directors don't write their own material. And there is no reason to believe that you have to as well. All too often, starting out filmmakers think that they have to be an auteur to write and direct their first film. Not true. Again, with the vast scope of the Internet, it is easier than ever to find a writer, a piece of material (a book, short story, a newspaper article or a writing collaborator). And once you realize that this is not only possible, but also easy, all film horizons open before your very eyes.

4. You Do Not Have To Live In A Large Metropolis To Make It In The Film and TV Business

Technology has decentralized our country. Major creative voices no longer come solely from major cities. This concept has already entered the music industry, whether it be Lorde from Devonport, New Zealand or Imagine Dragons from Provo, Utah and many others. And this concept is also exploding in the film industry. A look at the recent first time filmmakers, and you'll see that location is irrelevant. You get your film and television tutorial through the internet; you make your shorts with the inexpensive and incredible user friendly equipment; and you market and "expose yourself" through the social media. And there you have it, you've made your successful entre into the film and TV business, and you can live in Weeki Wachee, Florida for all that matters.

5. The Government Is You Friend, Really! Regardless Of Your Budget! 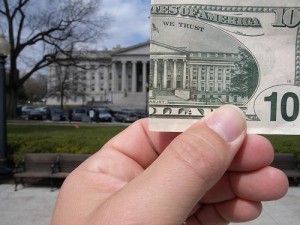 The various State and Federal Government's support of the film and TV business is terrific. They give great benefits to all sizes of productions. Starting filmmakers often feel intimidated to approach film offices to help them with their small productions. You may think those terrific state and Federal Tax programs are only for the big boys. Spider Man gets the big tax cut, but my film won't. Not true at all. I have found those programs to be exceedingly helpful to small budget films -- always being available, giving you all the information you need in a clear, concise and helpful fashion.

And this benefit does not stop in the United States. Canadian film commissions are also extremely helpful and some of their rebate programs are remarkably generous.

Combine these tax rebates with legitimate Companies that will lend you money against these rebates, and you will be shocked how well this process works for financing your film.

6. Now Is The Time For Action!

Why am I urging you to act now? Because we are at a specific time in history where the technological "stars have aligned" to give you this rare window of opportunity.

Tom Friedman and Michael Mandelbaum in their book, That Used to Be Us: How America Fell Behind in the World It Invented and How We Can Come Back, essentially talk about us no longer merely being connected to our new media world, but rather being "hyper-connected" -- that technology is making it possible for more people to compete, connect and collaborate from anywhere.

Friedman and Mandelbaum have a political model but it mirrors the way it's possible to break into the film and TV business -- power is concentrated at the top with the studios, but they see that the power can come from the very bottom -- any filmmaker, anywhere, anytime.

That kind of dynamic -- power at the very top fueled by energy and inspiration from below -- is playing out all around us in the world of politics (the Ukraine), business (Facebook's recent purchase of "What's App"), and culturally (with the clout of people-fueled blogs and ultra-prominent bloggers).

And now it's your time.

7. In This Case, The Devil Really Is In The Details

These secrets I have listed work.

But these revealed secrets open up a whole pantheon of further questions: How do I raise money? How do I get my product seen by the right person? What camera should I use to shoot? How can my social media marketing campaign actually work? Why does the filmmaker who wrote this article keep asking me all these hard questions?

The devil is indeed in these details. I delve into the specifics, and give you the practical building blocks and roadmaps in my book, Secrets of Breaking into the Film and Television Business. These seven secrets listed give you a blueprint to start the race. It is really up to you. We are in a revolution of technology and talent. And the time is now.

Dean Silvers is a successful, award-winning, working filmmaker, and has just written a book, "Secrets Of Breaking Into The Film & TV Business" (William Morrow/HarperCollins).