It's officially winter in the Northeast. A snow storm is upon us and -- in typical 21st century style -- city dwellers are clearing out liquor stores, refreshing their Netflix queues and adding #Juno to the end of their tweets, all in preparation for this year's snowpocalypse.

Of course, it wasn't always so. Back in yesteryear, the falling of snowflakes ushered in a time of ice skating in elaborate mufflers, sledding with sweethearts and the making of affectionately creepy snowmen. Proof: these vintage illustrations from Puck magazine, one of America's earliest humor magazines. 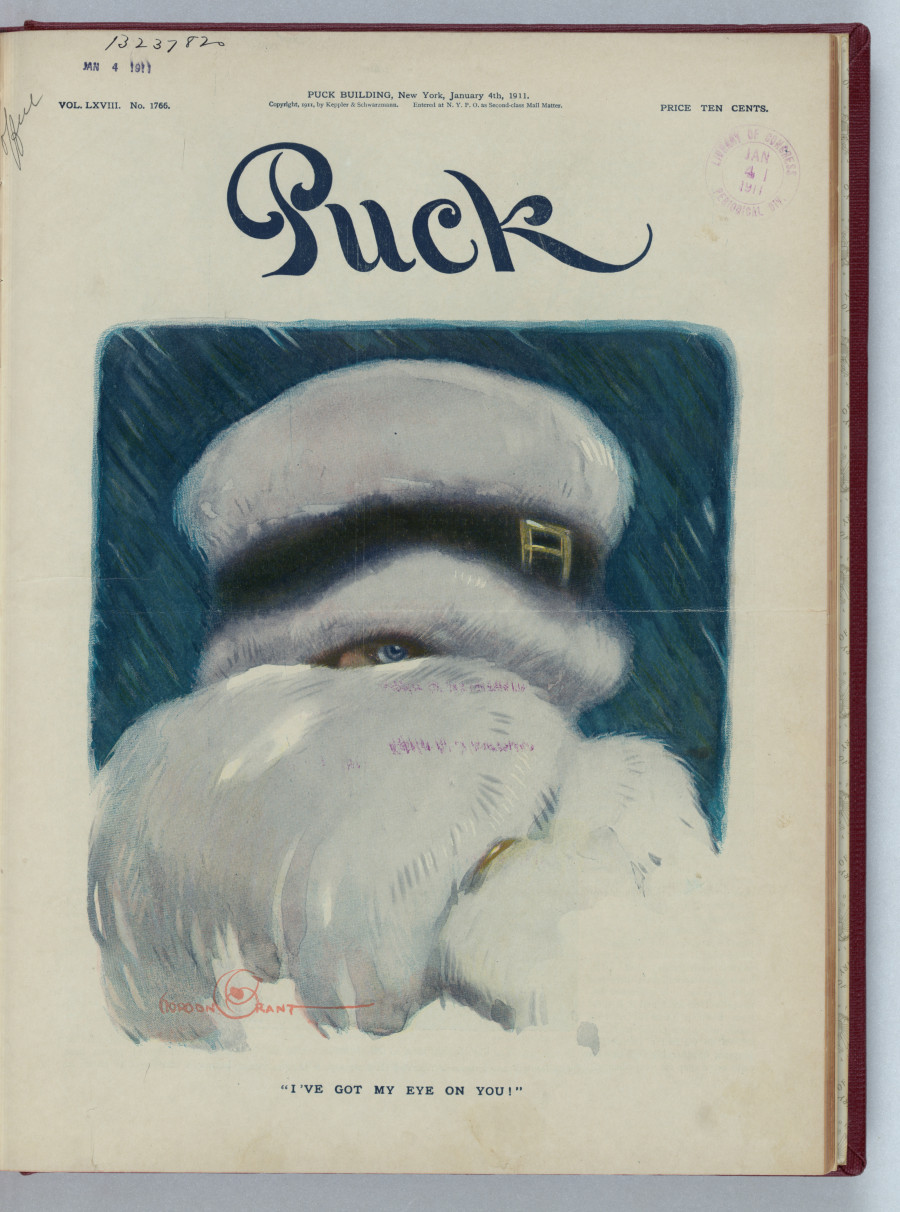 Thanks to the good ol' Library of Congress, we're privy to a massive collection of retro drawings and cartoons that harken back to seasons of yore. These glorious Puck illustrations are just one piece of the kitsch puzzle that is the LoC archives.

The magazine, which was founded by Joseph Keppler and ran from 1876 to 1918, was known for its humor, often taking the form of political cartoons that lampooned say, anyone running against Grover Cleveland in the 1884 presidential election. While the photos below are not all funny, we'd like to humbly point out the undeniably disturbing winter creature below.

*Note: The description of this image reads: "Illustration shows two young women stopping in the snow so that one of them can write her New Year's resolutions in the snow, '1913 No Jealousy No Anger No Flirt'; it is unclear whether she intends to say flirting, or is having second thoughts."