This week, at the Disney World Resort in Florida, a 2-year-old white boy was killed by an alligator. Last month, a 3-year-old Black child fell into a Gorilla exhibit.

This is about our country's OBSESSION with invalidating, patronizing and racializing Black parents. ALL BLACK PARENTS.

Take a good look at how we talk about Black parents in the news and across social media:

- White America invented the "welfare queen" caricature to depict Black mothers as lazy and opportunistic, while slut-shaming them with myths of "multiple fathers."

- We constantly joke in our movies, TV shows and Youtube videos about absent Black fathers.

- Just a few months ago, we shamed Will and Jada Pinkett Smith because their son, Jaden Smith, was seen wearing a skirt. People questioned their parenting and placed blame on their association with Scientology.

- When Mike Brown was murdered by Darren Wilson in 2014, people shamed Mike's mother for raising "a thug" and never gave her the opportunity to mourn the loss of her son.

ALL OF THIS BULLSHIT is a way to disprove the humanity of Black parents -- to prove that Black people aren't responsible for themselves or their children. By doing this, we validate our legacy of oppression towards Black people.

White people are mortified about this 2-year-old being eaten alive by an alligator yet, during slavery, white people fed the local alligators Black babies.

I guess the outrage over Black lives has a statute of limitations... 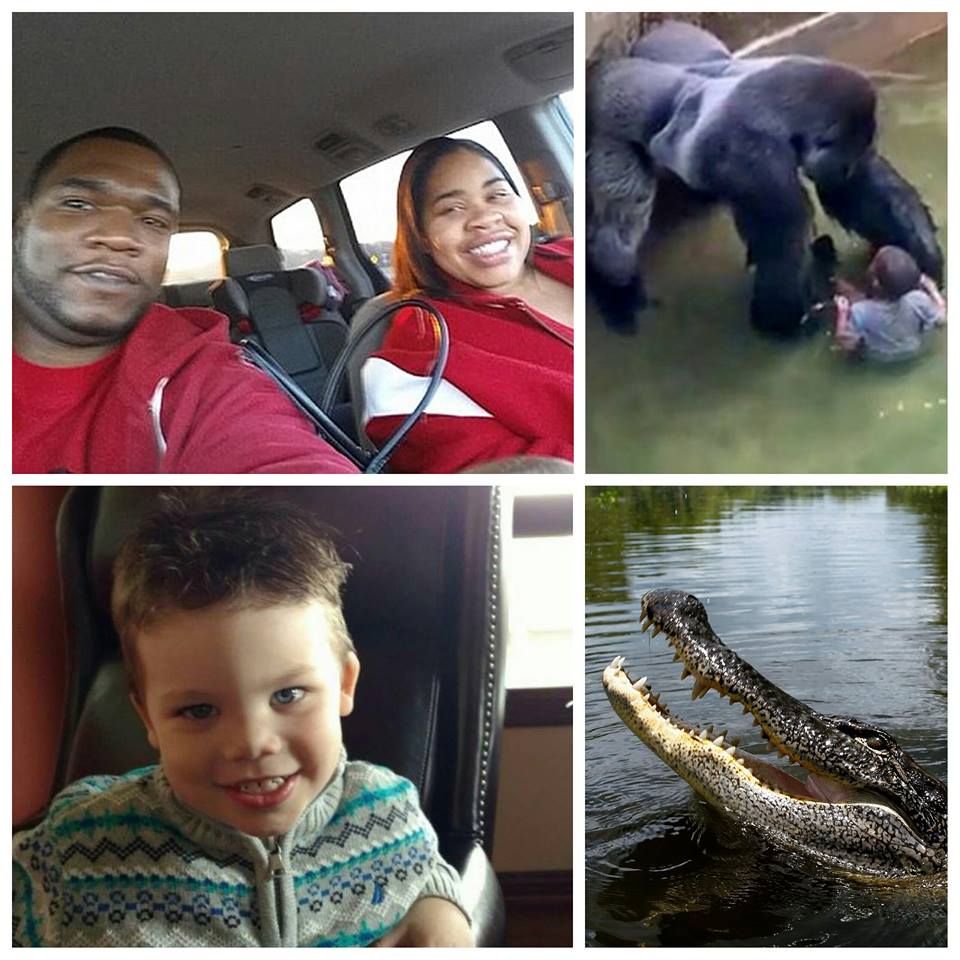 A version of this post originally appeared The Love Life of an Asian Guy.