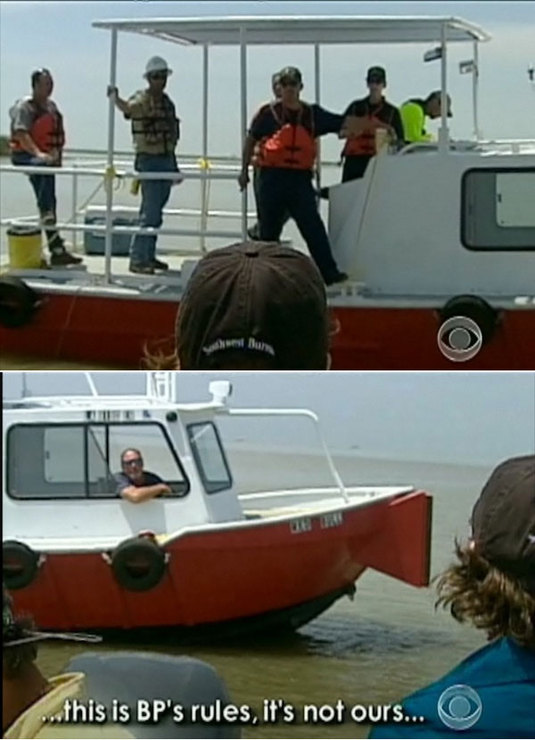 Besides demanding a hard look at the line between collusion and cooperation, these stills also call for a blunt examination of how much BP is leveraging the crisis (and its central management of it) primarily to blunt, stall or mitigate perceptual damage to the corporation.

A BagNews "fire breathing BP" post earlier this week -- featuring a Reuters photo ever-so-subtly mocking the company for the way its been holding court -- highlights how much deference is being paid to BP while it tries to control the spigot.

What happened to public rules?