A very thoughtful reader left me a message in the discussion section of my author page on Amazon recently, asking me about the resilience that Kläre, the main character in my novel, Even in Darkness, demonstrated. Since the book is based on a real family story, the reader wanted to know about the people or experiences that informed Kläre's character and allowed her to develop that life skill.

As I was trying to write to the reader that within the boundaries of their society and times, Kläre's family fostered independence, education, and the ability to get on in the world for Klare and all her siblings, I was distracted by the terrible images of a drowned refugee child, and the thudding drumbeat of news about the flood of Syrian refugees trying to escape to Europe and of course, to the U.S. The 10 years I devoted to learning about my character, Kläre through her real-life counterpart's letters, photos, documents, and my research into the history of her times are once again keeping me up at night.

At the crux of her story, and therefore my novel, is the fact that Kläre became trapped in Nazi Germany with her family. Her brother's, and both her sisters' families became refugees to the U.S. and to Belgium, and her children were sent out on kinder transports to England and Palestine. She couldn't leave -- couldn't get the necessary visas and affidavits to emigrate, because of her aged and infirm mother and husband.

She was lucky enough, and resourceful enough, and strong enough to survive the Holocaust, despite the horror of her losses, but I've often wondered what would have become of Kläre if she'd gotten out like the rest of her family, (my family,) did. How would her narrative have changed if she hadn't lost all those she fought to save?

What if, the borders of the U.S., Canada, Switzerland, or any number of places had been open to a vibrant and resilient woman with a disabled husband, and an aging mother whose only "crime" was their religion? What then? Her strength and resilience would likely have emerged differently, and I'd have had a very different novel to write, but what would it have taken to convince the world that her desperation, and that of literally millions of others deserved their attention and intervention.

Never again, we all proclaim solemnly, in our commemorations and remembrances, but here we are again, images of refugees fleeing persecution from Syria, and Africa, and elsewhere, plastered on our screens. I feel Kläre's steady gaze, through her over large eyeglasses, asking me why I'm celebrating resilience rather than rooting out the same type of horror that brought her resilience to such a deep and resonant test.

What can each of us bring to make the change that will be needed to transform the fear and loathing of the "other" to acceptance, respect and tolerance? "Humanity, I think, is located in our will to resist evil," says actor Geza Rohrig, star of the film Son of Saul in a recent Fresh Air interview. Notice. Act. Where is our resistance? Why not give humanity a better story to tell? 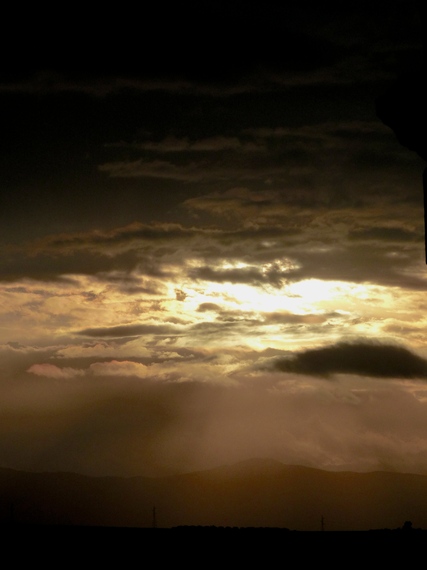