During a recent half-hearted attempt to organize my life, I discovered a shoebox filled with old photographs. In one of them, four friends are lying contentedly on the soft sand of the Pines beach at Fire Island. They are all gay men in their mid-twenties. They are smiling, relaxed, all sprawled across one large white bed sheet. The sky is clear blue, worthy of the snapshot.

A decade later, I would be the only one remaining.

I am not in the photo. I am behind the camera. 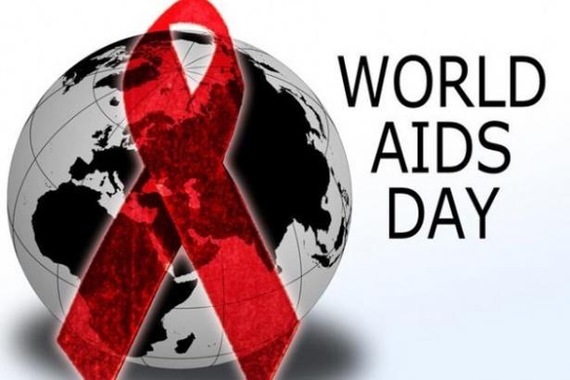 Three decades later, I am still here, despite my acquiring the virus in 1984 - a year before it had even been officially identified (as LAV/HTLV-III, years later becoming HIV). Through luck, timing, genetics, healthy denial, a pro-active approach or, most likely, a combination of them all, I somehow managed to hang around long enough to benefit from the pharmaceutical cocktail that changed the course of the epidemic in 1996.

It is important that I remember their names. It is important that I remember all of their names, all ninety-nine of the friends, acquaintances and colleagues on my list, all of whom died of AIDS. Most of these people on my list are gay men. Most of them did not reach the age of forty. Almost all of them died before 1996, when the magical drug "cocktail" unexpectedly and miraculously appeared.

Some friends think that I am obsessed with the '80s. I suppose I am, but not in the VH-1 "Remember the '80s" kind of way. My strongest memories of the 1980s are not of the "greed is good" opulence glorified in the TV series Dynasty and Dallas and in the movie Wall Street. While the music of the decade brings back sharp memories of time and place, I don't particularly recall the fashions, and no one I knew at the time had any relation to, or even knowledge of, Ronald Reagan's "Morning in America."

What I recall of the 1980s in New York City is immense fear, anxiety, panic, anger, confusion, grief and tremendous and sudden loss.

David was a dancer and choreographer. Martin was a musical theater director. Eddie was a writer. Garon was an actor.

We were all creative creatures striving for artistic careers. We reveled in our status as sexual and social outlaws, bending the mores of mainstream society. We were all drawn to Manhattan like ants converging upon a sugar cube. We were young and enthusiastic and talented and cocky, and the future contained possibilities that seemed limitless.

David, Martin, Eddie and Garon all made it through the 1980s and died in the next decade, after I had fled the city for the relatively less chaotic haven of Boston. New York had become a war zone, and I was grateful for the opportunity to be offered a job in a calmer city that was also near my parents and the rest of my family. I did not want to die in the New York City hospital system.

I can only imagine what they would be like now, this band of brothers, and if we would still be friends. In my mind, they are exactly as they were in the photograph, in their late twenties, laughing on the beach, their lives and careers fully ahead of them.

These friends are gone, but tangible remnants of their lives remain in my possession. A snapshot of Garon standing triumphantly next to his prize sunflower in Albuquerque; another of a wickedly smiling Eddie at the base of the Eiffel Tower. And so many other photographs, yet another relic of our computerized, digitalized age.

These are names and terms that were second nature to those of us in the middle of the maelstrom, fighting for our lives, to all those who worked and lived in the trenches in the 1980s and early 1990s: the activists and the educators and the dying, and their partners, and their nurses and doctors. Who will remember these names in ten years? Who recognizes them even now? They are artifacts of that brief moment of history now mercifully behind us: a mere fifteen years, the years between the first cases of "gay cancer" in 1981 to the advent of the protease inhibitor cocktail regimen in 1996.

History fades if we are not relentless in bearing witness. Even then, even with the most meticulous preservation of an historical moment, there will emerge doubters and deniers.

It has been three decades since that photograph was snapped in the blazing Fire Island sun. I am powerless to bring any of those friends back. But I must remember their names. They must not be forgotten.

They are gone, but I am here. And I can testify, I can bear witness. I can say, "This really happened." The men in that photograph had names, they had histories, they had complexities. They are a snapshot of a generation of lost men.

It is important that I remember their names.