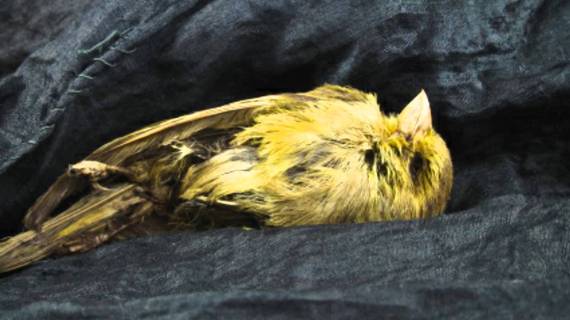 A mere 36 hours have passed since millions of women worldwide rose up to defend human rights and economic and social justice in the face of the expected assault by the Trump-Pence Administration. The administration has chosen to ignore them, taking early actions to dismantle many of the gains made in the last decades. This is no surprise.

As an advocate for women's rights, I expected this administration's actions would follow a longstanding pattern. Women's rights--and in particular reproductive rights--often act like a "canary in the coal mine" of human rights. When the overall danger to human rights is not clear to most observers, feminist activists see the first signs of what is to come. By targeting women's rights, leaders of all stripes seek to solidify their popular support. They invoke arguments of "culture," "traditional values," and/or "religious beliefs" to justify or excuse their assaults.

We saw this in Turkey. Women's rights activists there sounded the alarm about President Recep Tayyip Erdogan and his Islamist Justice and Development Party (AKP) when he rose to power in the early 2000s. When Erdogan was first elected Prime Minister, in 2003, a leading Turkish feminist told me that he harbored regressive views about women's role in society and the family. No one was listening then. Many in Europe and the United States were infatuated with Turkish economic growth and with what was then considered its progressive Muslim democracy.

The AKP came to power when Turkey's Penal Code was being revised. Erdogan and the party strongly opposed amendments proposed by the Turkish women's movement to advance sexual and bodily autonomy and rights. It took three years of battle for the activists to prevail, but the signs that the AKP would come back for another round were clear. Over the next decade, rates of domestic violence doubled and female employment went down as the AKP sought to bring back the "traditional family." In 2012, Erdogan attempted to curtail abortion rights and was only stopped from doing so when the Turkish women's movement held massive protests. Recently, in the wake of the July 2016 coup attempt, he has purged academia, fired thousands of civil servants, jailed journalists, closed hundreds of civil society organizations, and curtailed freedom of the press in an unprecedented manner. At the same time, Erdogan proposed to allow child rapists to go free if they married their victims--a proposal once again defeated by the women's movement.

Similarly, in the United States, when George W. Bush won the presidency in 2000, women's rights advocates knew he was in close alliance with right-wing, anti-choice groups and intended to attack reproductive rights. True to form, Bush reinstituted the Global Gag Rule on the first day of his Presidency. He appointed a former adviser to the Vatican to US delegations sent to the UN to negotiate reproductive rights. In the wake of 9/11, George W. Bush also brought back torture and large-scale spying on American citizens, repurposed Guantanamo for indefinite and illegal detentions, and ordered renditions of foreign suspects, among other violations. What appeared to be a "women's issue"--the willingness to attack reproductive rights--was a marker for a general willingness to violate and discredit human rights. Bush was ultimately unable to rollback Roe v. Wade or international agreements on reproductive rights. The women's movement, here and abroad, fought his Administration with sustained intensity for eight hard years.

President Trump has promised to punish women for abortion. Vice-President Pence has an egregious record on women's rights--from seeking to force women to hold funerals for fetal tissue to arguing that only women who have suffered a "legitimate" rape should be allowed to have an abortion. Trump's nominees for positions in the administration are, with few exceptions, vocally anti-choice and anti-LGBT. The president, on day three of his tenure, has reinstated the Global Gag Rule, cutting funding to organizations worldwide that provide vital reproductive healthcare to women. The canary is already sounding the alarm.

The actions taken by the Trump Administration on abortion rights, sexuality education, and contraception will provide early signals of the direction in which he intends to take all human rights over the next four years. As they so emphatically showed at the Women's Marches in the United States and around the world, women's rights advocates and millions of concerned citizens will mobilize to fight all the way.