A grassroots campaign has begun to get Stephen Colbert to hold a rally on the steps of the Lincoln Memorial to counter Glenn Beck's recent "Restoring Honor" event. The would-be rally has been dubbed "Restoring Truthiness" and was inspired by a recent post on Reddit, where a young woman wondered if the only way to point out the absurdity of the Tea Party's rally would be if Colbert mirrored it with his own "Colbert Nation."

Now with its own website and Facebook group with over 8,000 members, the call for Colbert to hold a rally is spreading through the Internet like wildfire. Aside from being a satire of Beck's rally, the petition claims the rally is necessary because, "Recently our nation has suffered a truthiness drain."

The website gives a history of the newly founded movement, with links to news stories and a poster for the rally, which proposes the date "10/10/10." The website also states:

Given Colbert's love for his "Nation" and ability to satirize the Right so effectively, this almost seems like something Colbert would have thought of himself. While he is on vacation at the moment, it will be interesting to see if he addresses the petition when he returns to host "The Colbert Report" next week.

Those interested in furthering the movement have been asked to join the Facebook group, spread the word, or email support@colbertrally.com for more information. 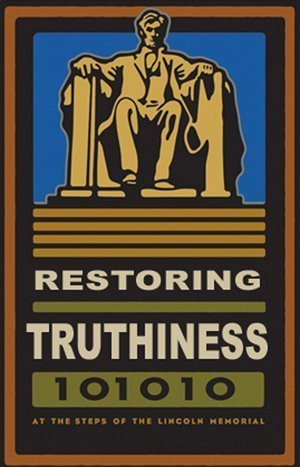