We spent a lovely week in Colorado Springs with family for Thanksgiving. Friday morning, while we were sitting around in our pajamas playing bridge (I would have heeded REI's call to "opt outside" if it had been warmer than 10 degrees) I started getting texts from concerned friends, asking if I was okay, wanting to make sure I wasn't anywhere near the Planned Parenthood. That's how I learned there was yet another mass shooting in our country, this time taking place a few miles away, and inside a clinic much like many of the Planned Parenthood clinics where I have received medical care in the past.

I didn't know any of the three victims of Friday's shooting (or the nine others who were injured), but as stories from their lives are shared, I suspect what we will learn is that this terrorism, like all others, kills indiscriminately. The shooter told police something about 'no more baby parts', which suggests he believes the lie of the videos released earlier this year about Planned Parenthood harvesting baby parts for profit. Since two of the victims were men, we can be confident that they were not candidates for abortions.

And since 97 percent of Planned Parenthood's work is something other than abortion, the statistics would say that 97 percent of the people there that day were there for pap smears, or annual exams, or birth control.

It is absurd, of course, to claim to be "pro-life" while holding a gun.

The silence from the "pro-life" crowd is appalling and damning, now that their rhetoric of "baby killer" has, once again, been taken seriously by someone who didn't realize they were just putting on political theater.

Media: We may never know what motivated this lone wolf killer

I am a supporter of Planned Parenthood, which, for the record, provides access to health care and medical procedures that are both legal and medically safe. Planned Parenthood offered me affordable medical care when I was faced with an unplanned pregnancy in college. Nobody at that clinic ever tried to talk me into getting an abortion. And to this day, I remain grateful that the choice was mine. (You can read more about my views about abortion here). 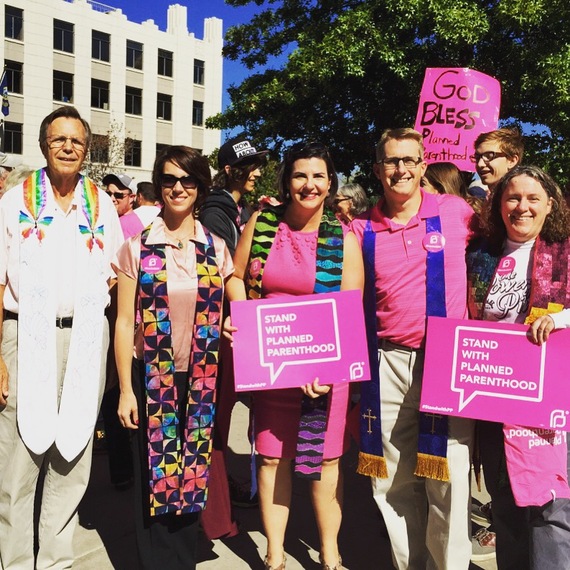 Women (and the men who love them, and their friends, and police officers responding to 911 calls, and people who just happen to be walking by) should not have to fear for their life when they receive medical care. It is a deadly calculus when you add up the easy access to guns and the language that accuses women as 'baby killers' when they seek to make their own best choices for their health care.

If we want to be pro-life, then let's put down the damned guns and give up the lie that more guns make us safer.

If we want to be pro-life, then let's stop demonizing women when they are sexual beings who want to have access to birth control.

If we want to be pro-life, then let's fund day care, pre-school, education, health care, mental health care, and other programs that actually benefit lives that are living here among us.

If we want to be pro-life, then let's acknowledge the systemic racism in our country which shows that not all lives do matter. As things were unfolding at Colorado Springs last week, I noticed that an armed white man who has already shot 12 people managed to be taken into custody unharmed and safe. The same cannot be said for a staggering number of black men in this country, who have been killed by police in recent years, even though they were unarmed and had shot nobody. If "all lives matter", really and truly, the events in Colorado Springs reveal we have a lot of work to do to make that a true statement.

I refuse to become numb to this continued onslaught of violence in our country. I refuse to ignore the rhetoric that fans the flames of violence. I refuse to vote for people who use such rhetoric or who vote against a woman's right to make her own health care choices.

I refuse to remain silent in a futile attempt to be safe.

You have the right to remain silent, but I don't recommend it. 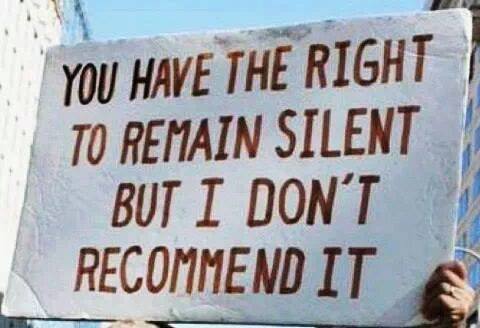 This post originally appeared for the Pastoral is Political feature at RevGalBlogPals and is used here with permission.