Robert Holmes, the father of suspected shooter James Holmes, arrived in Colorado Friday following the early morning shooting at the premiere of the new Batman movie, "The Dark Knight Rises," in Aurora.

TMZ posted an exclusive photo of the elder Holmes walking toward a vehicle after landing at Denver International Airport.

Scroll down to see the photo.

According to TMZ, Holmes was the first person to exit the Southwest flight and was quickly ushered by law enforcement into an awaiting police van.

Holmes flew in from San Diego, likely to see his son who is currently being held for the Aurora shooting that took 12 lives and injured 59 others. The younger Holmes, a 24-year-old former graduate student at University of Colorado-Denver, was taken into custody shortly after the shooting at Century 16 movie theater.

A woman who identified herself as Holmes' mother spoke to ABC News earlier today, responding on a gut instinct.

"You have the right person," she said. "I need to call the police... I need to fly out to Colorado."

Police released an official statement from the Holmes family Friday afternoon: "Our hearts go out to those who were involved in this tragedy and to the families and friends of those involved."

See the photo, courtesy of TMZ, below and check out the gallery to see exclusive HuffPost photos taken outside Holmes' apartment in Colorado. 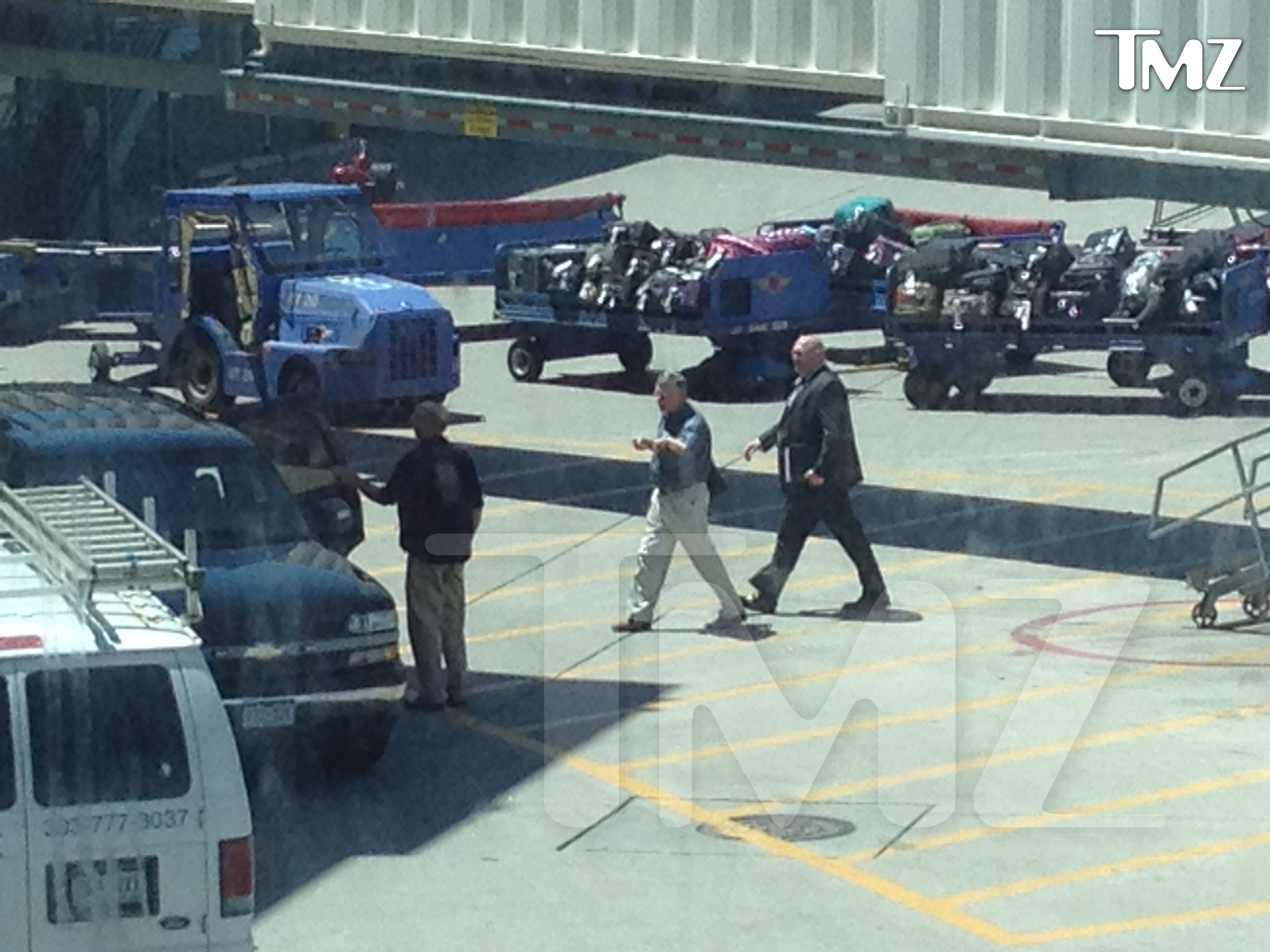