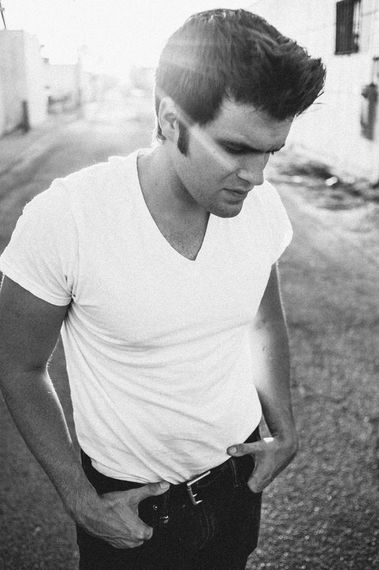 When I listened to Rod Melancon's new album, Parish Lines, the first time, I could only get to the third track -- "Curve Lounge" -- before I burst into tears. By tears, I don't mean a few drops marking my cheeks, I mean an uncontrollable sob, when emotions don't have words and all there is is a flood of water.

Somehow Rod has the direct line to the well of souls.

Although Rod's a mere 25-years-old, his music makes clear he's already seen too much of people's pain -- and his own pain: two of his best friends have died in the past couple of years. But what makes Rod different is that he doesn't turn away, doesn't detour down a safe road. He also doesn't explain, doesn't solve. He just feels life -- he lets it be.

His are not the soothing strums The Beatles used to comfort us, Rod lets it be horrible and sad and real and honest. As we're pulled into the middle of the song, there's nothing we can do to fix things. We feel the despair -- that family secret no one wants to talk about, but everyone has to deal with -- and we're forced to let it be.

But beneath the honesty, there's compassion -- compassion for the broken, for the desperation, for the bad choices, for life and for death. As Rod sings the line "always had to test my luck," on "Curve Lounge," an ocean of understanding rushes through the pain.

This is dangerous territory on the earth today. Rod is a dangerous man.

The album resonates with it ..danger. The danger of not knowing your emotional depth, of being thrown as a kid into the deep end of the pool. You can't put your feet on the floor. The water closes in. You can drown. You have to deal with the water. 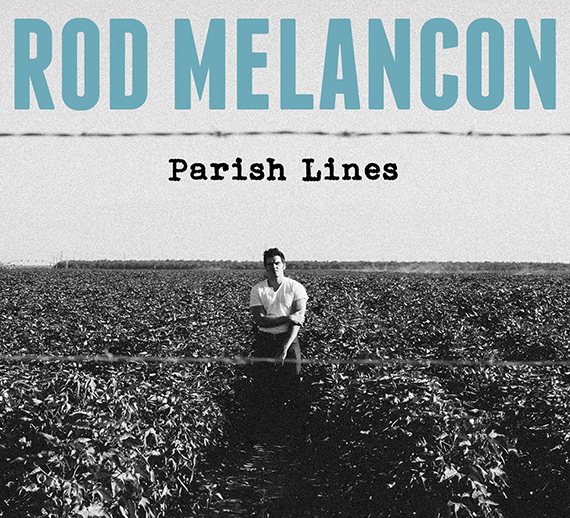 The album takes a turn off of the more traditional country road that Rod's first album, My Family Name, traveled and heads straight for rock and roll -- the anthem rock and roll of Bruce Springsteen. The road is laid in good measure by the dirtier, grittier sound guided by producer/musician Brian Whelan in his first solo production effort.

The sexy-bordering-on-raunchy "lumbering dinosaur drums" on Rod's barn-burners "Marella" and "Wanna Go For A Ride" -- a sound Brian evolved with Mark Rains at the Station House Studio in Echo Park -- makes you believe in hot rods again.

Rod's songs are more than the sum of their parts. His super catchy hooks and choruses power direct, minimal, almost simple lyrics. But like the film stars Rod admires most, it's what's left unsaid. It's what's running through it. That's what matters.

"It's the southern gothic way of writing," Rod explained in a recent interview. "The stories are about simple folks and simple times, but they say profound things."

I love Chad Watson and those guys [who produced Rod's last record], I'm just in a different place now. I wanted this one to be grittier, dirty. It shouldn't be so polished.

Where I come from .. [the part of Louisiana where True Detective is being filmed]... it's a town no one cares about, no one knows about... it's off some road. But to the [people of the] town, it's everything. That's what it was like for me.

I had a kind of Stand by Me assembly of friends growing up -- stakes are always high in your mind when you're young. Once we found some old Star Wars toys in the woods -- a bunch of Ewoks -- it was like finding buried treasure. One time a girl went missing...it was on the news...and my best friend Pete and me decided to go on an adventure. We found an abandoned house. It had an ice chest and we opened it and the smell was horrifying. We thought for sure we had found the missing girl -- turns out it was rotten dear meat.

I dedicated the album to Pete. I wrote 'Curve Lounge' on the anniversary of his death. I'd tried twice but didn't know where to start. Then I went back home. Pete had saved up for and bought this boat...I drove by his house and there it was in the yard with a 'for sale' sign on it...Time moves on whether you want it to or not. I could write the song then. It's about the passage of time and how brutal it can be. And it's about the place outside of town...everyone drives back drunk...how many times it was me.

The song 'Cushing Ave' is about home...part of it about boys who stage a fight and end up just staring at each other. This one time one of the guys was like Matthew McConaughey in Dazed and Confused -- he was 27 and would get with all the high school girls even though he had a mustache. Steven and I were invited to this fight on some back road -- people go there to watch this -- I looked to my right and this guy was holding his three-year-old kid ... yeah, why not bring the baby? No one knows what to do, who's gonna swing first ... then one guy decides 'I'm better than this' and everyone drives off.

'Dreamer' -- that's about something that stays with me -- every time I go back home everyone's older. Well, here I am [in Los Angeles]. What if 10 years go by and nothing's really happening with me? I think about how guilty I'll feel.

'Different Man' I wrote two years ago. I remember my mom's book of poetry had a poem in it about a guy who came back from the war with a bullet lodged in his head -- he was never the same -- he'd go walking in the middle of nowhere. When I was a kid, that was pretty scary for me. That's a hell of a start, coming back with a bullet lodged in his head...now it'd be shrapnel. It's inhumane the way we treat soldiers. It's like when someone takes [an old dog] to the back road and hopes it never comes back. They shoo him off the porch and don't want to deal with it...Trying to get help from the VA can take months. I really feel for those people.

I wanted Brian [Whelan] to record the new record. In preproduction, Brian started doing the racing-in-the-street drum thing, then the slide guitar. That's when I knew I'd made the right choice. Brian's music theory is unlimited -- I call him the Will Hunting of rock and roll. Dwight Yoakum would call him about stuff.

The slide guitar Brian put on 'Curve Lounge' captures the whole meaning of the song perfectly -- sounds like it's crying.

I asked Brian Whelan about his perspective on Rod's record: "In preproduction, we'd play a song and talk about it, rearrange and edit -- I worked to make the songs more accessible, more danceable.

...and Rod's 25 years old -- it blows my mind. This tradition of the murder ballad is 100 years old -- it's been done and done and done -- you need a fresh way to do it. So [in Rod's first murder ballad,] a guy and his girlfriend go on a killing spree. The song tells us something about Rod and something about the whole of us -- about the world we live in. How else are you going to connect unless you hear yourself in it? This is something Rod does really well.

'Show not tell' -- that's the advice they give you -- and that's what Rod does. I don't even know if he knows he's doing it. He does it deftly -- he says 'take out this line...that would be obvious'...that's tough.

Springsteen revived this style in the 80s of connecting people of present day to the past -- The Depression & Dustbowl are not that far away from what's happening now. There's a lot of really bad stuff -- how can the world be so cold? Is it really any different from any of these other times -- with police beating people up?

Brian's comments bring to mind my wish that Rod would be more clear about what's pissing him off sometimes. It's likely he'll tap into what's pissing all of us off, and the world sure needs some good protest songs about now. Rod has the power, if he chooses to use it. But that's my thing; may not be Rod's. Quite possibly, compassion for the human condition is revolutionary enough. What could be more dangerous than waking up to a fellow man's suffering?

Rod makes the pilgrimage to SXSW in March -- the first time as an official SXSW artist -- with shows Friday, March 14 at Maria's Taco Xpress at 4 p.m., and Saturday, March 15 at the Little Brother Music Official Showcase at the Continental Club at 8 p.m.

Rod's dream for later this year is to do a big coming home show in Kaplan, LA. True to form, Rod wants to do it at the rec center -- the same hall where the town comes together for cook-offs and bingo.