Sophie found Santa at Walmart this evening. She saw him then kept sneaking up on him. She asked him if he was Santa at first and if you turn up the volume you can hear the rest. So cute and innocent. I love this!!

Christmas came early this year for one little girl, and a video of her experiencing her holiday miracle is going viral.

On Dec. 9, Sophie Riley was shopping at a Walmart in Hurricane, West Virginia, with her father, Robert, when she stumbled upon the perfect gift -- and it wasn’t in the toy aisle.

It was a real life Santa. Or so she thought.

The man she thought was St. Nick is actually Roger Larck, who has a white beard and just happened to be wearing red that day.

But Sophie didn’t know that.

“She saw him then kept sneaking up on him,” her father wrote on Facebook.

Finally Sophie worked up the courage to talk to Larck and asked him if he was Santa.

"I've been called a lot worse," Larck said with a smile.

The two then chatted about cookies, how pretty Sophie’s nails looked and how it’s hard to find grass to feed to reindeers up in the North Pole.

The video is as warm and sweet as a hot cup of cocoa and its not Larck’s first time he’s been mistaken for Kris Kringle.

“He grows his beard every year just for this purpose," Roger's wife, Robin Beaver-Larck, wrote on Facebook.

PHOTO GALLERY
Santa Photos That Did Not Go As Planned
Download
Calling all HuffPost superfans!
Sign up for membership to become a founding member and help shape HuffPost's next chapter
Join HuffPost

Little Girl Thinks Man Is Santa Claus, He Rolls With It Like A Champ
Santa Photos That Did Not Go As Planned 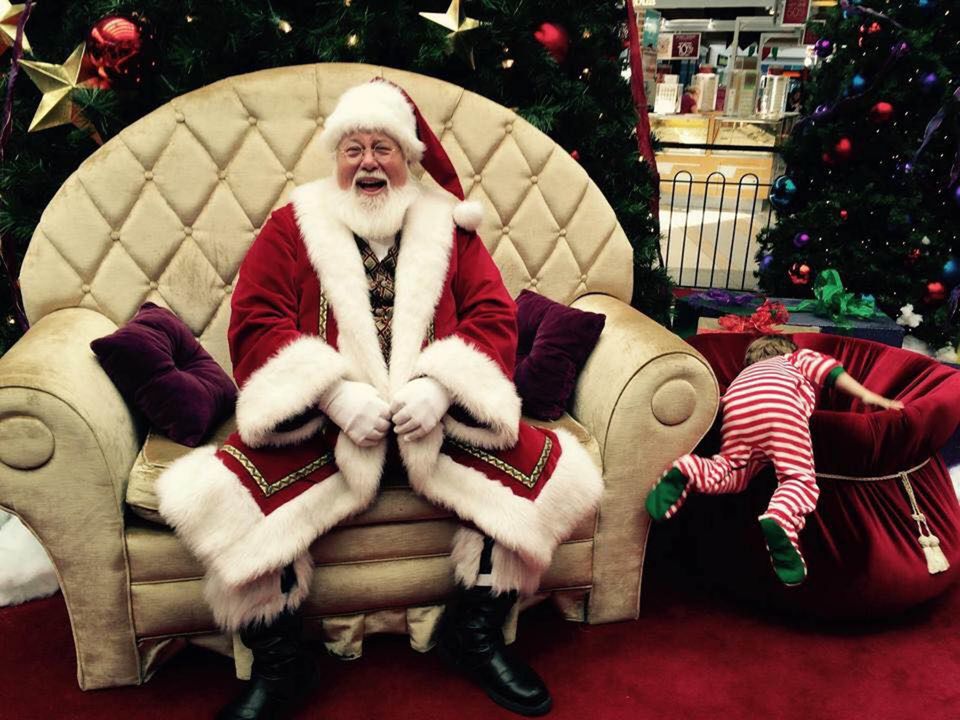