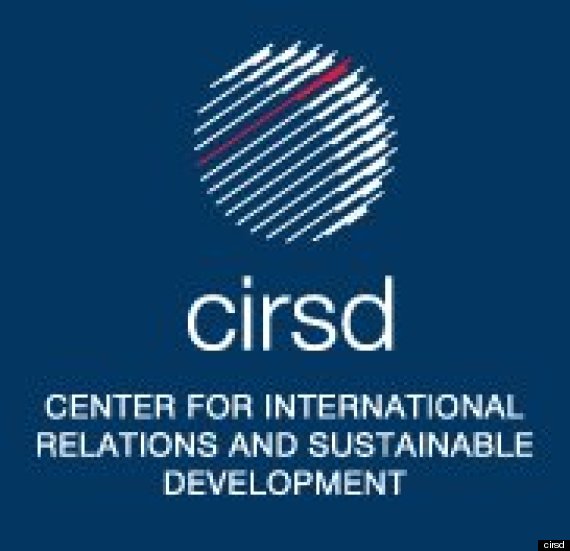 This essay is excerpted from the Winter 2015 issue of "Horizons," the journal of the Center for International Relations and Sustainable Development. (www.CIRSD.org)

MOSCOW -- International relations are going through a complicated stage of development -- as one historical epoch replaces the other, with a new polycentric world order now taking shape. It is a process accompanied by increasing instability -- both at global and regional levels. Risks of deeper inter-confessional and inter-civilizational splits are growing. The world economy remains unstable, and might still relapse into crisis.

The global situation has been deteriorating recently, with new dangerous hotbeds of tension emerging, in addition to old conflicts. An upsurge of terrorism and extremism, both in the Middle East and North Africa, are causes of serious concern. The security situation in Europe is all but satisfactory.

We had hoped that a Europe that had endured two world wars and then the Cold War would finally embark on a road to prosperity, mutually beneficial partnership, and peaceful sustainable development for the benefit of present and future generations. All the necessary prerequisites were in place. Irreconcilable ideological differences that had divided our continent in the 20th century had been removed. In Nov. 2014, we celebrated the 25th anniversary of the fall of the Berlin Wall, which had symbolized them.

"The chance to overcome the dark legacy of the previous era, and decisively erase the dividing lines, was missed."

Unfortunately, at that juncture the chance to overcome the dark legacy of the previous era, and decisively erase the dividing lines, was missed. The principles set forth in the Helsinki Final Act have not been translated into legally binding documents. Despite Russia's repeated calls -- and despite decisions adopted by the OSCE and the NATO-Russia Council -- the task of creating a common space of peace, security and stability in the Euro-Atlantic area has not been accomplished.

The United States and its Western allies -- having proclaimed themselves the "victors" of the Cold War -- have repeatedly breached key provisions of international law, attempting to impose their own will across the world. They have since continued the vicious practice of dividing nations into "friends" and "foes," whilst playing dubious zero-sum geopolitical games.

Assurances that the North Atlantic Alliance would not expand eastward -- which had been given to the leadership of the Soviet Union -- turned out to be empty words. NATO's infrastructure has continuously drawn closer to Russian borders.

Under the EU Eastern Partnership program, attempts were made to force the "focus states" to face artificial and false choices ("you're either with us or against us") and destroy their historically diverse ties with Russia. Moreover, visa barriers remain, as an anachronism that hampers the expansion of trade, economic, humanitarian, and cultural ties, and contacts between people. This is by no means Russia's fault.

Russia's interests were often ignored -- and Russia's initiatives, including the elaboration of a Treaty on European Security -- rejected or shelved. Yet historical experience has shown that attempts to isolate Russia invariably has had dire consequences for the whole of Europe, while our country's active involvement in the continent's affairs brought about long periods of peace and stable development.

This negative trend culminated in the Ukrainian crisis. We have repeatedly, and in various formats, warned that attempts to make Kiev choose one vector of its foreign policy -- either West or East -- bode most serious adverse consequences for Ukraine's still fragile statehood. We were not heard.

As a result of the coup d'état supported by the West, and the subsequent armed seizure of power, Ukraine has found itself on the brink of disintegration. Under these circumstances, the freely expressed will of the people of Crimea was simply a response to the actions of ultranationalists, who plunged their country into the abyss of civil war instead of striving to consolidate Ukrainian society.

Despite the complexity of the situation, it is our firm belief that peace and concord can still be reached in Ukraine. An inclusive national dialogue is vital for success, as stipulated in the April 17th, 2014 Geneva Statement by Russia, the European Union, the United States and Ukraine.

Obviously, the rights and interests of all regions and citizens must be fully guaranteed without exception. Russia has consistently supported ongoing efforts within the framework of the Minsk process, which should primarily include direct contacts between Kiev, Lugansk, and Donetsk, as well as take into account the elections held in Donbass.

"In order to prevent the further disintegration of Ukraine, it is essential that the country retain its neutral status."

In order to prevent the further disintegration of Ukraine, it is essential that the country retain its neutral status. We will continue to contribute in every way to a favorable climate for resolving large-scale problems with which the Ukrainian people have to deal.

At the same time, it should be understood that attempts to put pressure on Russia through unilateral sanctions -- which are illegitimate and have been condemned by the U.N. General Assembly -- will not make us forego what we think is right and just.

Developments in Ukraine also have affected the dynamics of Russia's relations with the European Union.

Brussels' double standards in assessing the situation in Ukraine, continuing attempts to shift the blame for the tragedy in Ukraine to Russia, and its pursuit of a course of action based on restrictions and threats, have seriously undermined European stability -- aggravating the situation through lack of confidence and the absence of a common vision of how to build a reliable Euro-Atlantic security architecture based on equality.

We expect that partners will find the strength to switch to a constructive and pragmatic search for solutions to the accumulated problems. We are convinced that the profound interdependence between European states leaves no reasonable alternative to continued constructive and fruitful cooperation between Russia and the EU.

The European Union is our major trade and economic partner. Russia will remain Europe's key energy supplier for the foreseeable future. Our country has always complied, and will continue to strictly comply, with its obligations in this field.

"Without pooling the capabilities of states situated in the Eastern and Western parts of the European continent, Europe will not be able to secure its rightful place in a new international system."

It is obvious that, without pooling the capabilities of states situated in the Eastern and Western parts of the European continent, Europe will not be able to secure its rightful place in a new international system characterized by increased competition on all tracks.

President Vladimir Putin has introduced the idea of gradual harmonization of the European and Eurasian integration processes -- including the proposal to establish a Free Trade Area between the Eurasian Economic Union and the European Union by 2020.

There can be no doubt that it would be much easier to solve many European problems if we could agree to jointly promote our common strategic goal -- namely, the gradual establishment of a common economic and humanitarian space from Lisbon to Vladivostok based on the principles of indivisible security and broad cooperation.

We have all the necessary prerequisites to accomplish this challenging task, including common civilizational and cultural roots, a high degree of convergence between our economies, the commitment to a single set of trade rules based on WTO standards, and a shared interest in promoting innovation-driven growth.

For the time being, alas, we are witnessing the opposite trend. NATO's instant shift to the rhetoric of confrontation and to curtailing its cooperation with Russia, along with an increased military presence in close proximity to Russia's borders, clearly prove that the alliance is unable to overcome Cold War stereotypes. Regrettably, today's NATO essentially remains a vestige of the previous era.

RUSSIA'S PIVOT TO THE EAST

Lately, a lot has been said about Russia's pivot to the East. It has, among other things, been portrayed as an alternative to the development of our contacts with the West, which have seen a downturn.

In this context, I would like to emphasize the importance of the multiple-vector principle that is the backbone of our country's foreign policy -- which is quite natural for a state with a vast territory, history and traditions such as ours.

Turning our country towards the Pacific is a national priority for the 21st century, and is directly linked to the dynamic development of Russia's eastern regions. We would, of course, prefer to take this step in tandem with steps to strengthen our links with Europe, rather than instead of that. On this issue, however, we cannot but take into consideration the decisions adopted by our European partners.

This essay originally appeared in the Winter 2015 issue of "Horizons" -- Journal of International Relations and Sustainable Development, the flagship quarterly magazine published by the Center for International Relations and Sustainable Development (www.CIRSD.org), the public-policy think-tank launched by Vuk Jeremic, the former foreign minister of Serbia and president of the 67th Session of the U.N. General Assembly. Reprinted with permission.

Minister of Foreign Affairs of the Russian Federation