(Reuters) - One by one, the entrepreneurs, clad in crisp blue jeans and armed with PowerPoint presentations, stood before a roomful of investors and tech bloggers to explain their dreams of changing the world.

For these exuberant times in Silicon Valley, the scene was familiar; the setting, less so.

With the young and ambitious flocking again to northern California to launch Internet companies, there were signs one recent morning that startup mania has taken hold even behind the faded granite walls of California's most notorious prison.

"Live stream has gone mainstream. Mobile video usage went up and is expected to increase by 28 percent over the next five years," said Eddie Griffin, who was pitching a music streaming concept called "At the Club" and happens to be finishing a third stint for drug possession at San Quentin State Prison, near San Francisco, after spending the last 15 years behind bars.

Griffin was one of seven San Quentin inmates who presented startup proposals on "Demo Day" as part of the Last Mile program, an entrepreneurship course modeled on startup incubators that take in batches of young companies and provide them courses, informal advice and the seed investments to grow.

According to business news website Xconomy, incubator programs - which it tracks - have tripled in number for each of the past three years, proliferating from Sao Paulo to Stockholm at a pace that has fueled talk in tech circles of an "incubator bubble".

Last Mile founder Chris Redlitz, a local venture capitalist, says his goal was never to seek out a genuine investment opportunity inside a prison but to educate inmates about tech entrepreneurship and bridge the knowledge gap between Silicon Valley's wired elite and the rest of the region's population.

Inmates, after all, are not allowed to run businesses. They do not have access to cellphones — much less Apple Inc's latest iPhone developer toolkits — and they use computers only under close supervision.

A LOT TO LEARN

After his presentation in San Quentin's chapel, which received a rousing reception from an audience that included prison warden Kevin R. Chappell, Griffin told a reporter it was unlikely he would launch his startup idea immediately after being released this summer.

"I still have a lot to learn," said the soft-spoken Detroit native. "I've never used a cellphone. Technology is kind of foreign in this environment."

But to hear the inmates use jargon such as "lean startup" and "minimum viable product" speaks to an unmistakable truth about the Bay Area zeitgeist, where startups, for better or worse, have come to embody upward mobility, ambition, and hustle.

"If they were doing this in the '80s there may have been a different theme or model," said Wade Roush, Xconomy's chief correspondent. "But in this day and age, becoming an entrepreneur or starting a business is a form of self-actuation."

Situated on prime waterfront land, San Quentin is perhaps California's most storied prison and home to the state's only death row. But it has also kept a longstanding progressive reputation, boasting a rare college degree-granting program and vibrant arts courses.

The Last Mile accepted 10 inmates out of 50 applicants for its latest batch. The program, which graduated its first class of inmates last year, meets twice a week to discuss startups and lasts six months, although the most recent class took seven months due to a prison lockdown last year.

Some Last Mile participants, under official supervision, have also joined the online question-and-answer site Quora to respond to questions about prison life or describe what it felt like to commit murder.

The latest batch of startup ideas included a fitness app that would motivate drug addicts to exercise, a cardiovascular health organization, a social network for sufferers of post-traumatic stress disorder, a food waste recycling program, and an e-commerce site for artists in prison.

Because the likelihood is not great that these companies will become funded and succeed, Redlitz said he was also working to place the inmates in jobs at tech companies after their release.

Rocketspace, a startup co-working space in downtown San Francisco, has agreed to host an internship. Rally.org, a crowd-funding site that counts Redlitz among its investors, said it hoped to begin a program to seek micro-investments from the public for the inmates' ideas.

Sitting in the Demo Day audience was John Collison, the 22-year-old co-founder of online payments startup Stripe, who noted some stark differences between the inmates' proposals and the fashionable startups du jour in Silicon Valley.

"What's frustrating is that all these companies in the Valley, they're ideas for the 1 or 10 percent," Collison said. "You have startups like Uber or Taskrabbit, that's like, ‘Oh, here's something to help you find a driver or find someone to clean your house.' Are they solving real problems?"

The San Quentin inmates "were talking about urban obesity, or PTSD", Collison said. "It's a completely different perspective. We actually really need that." 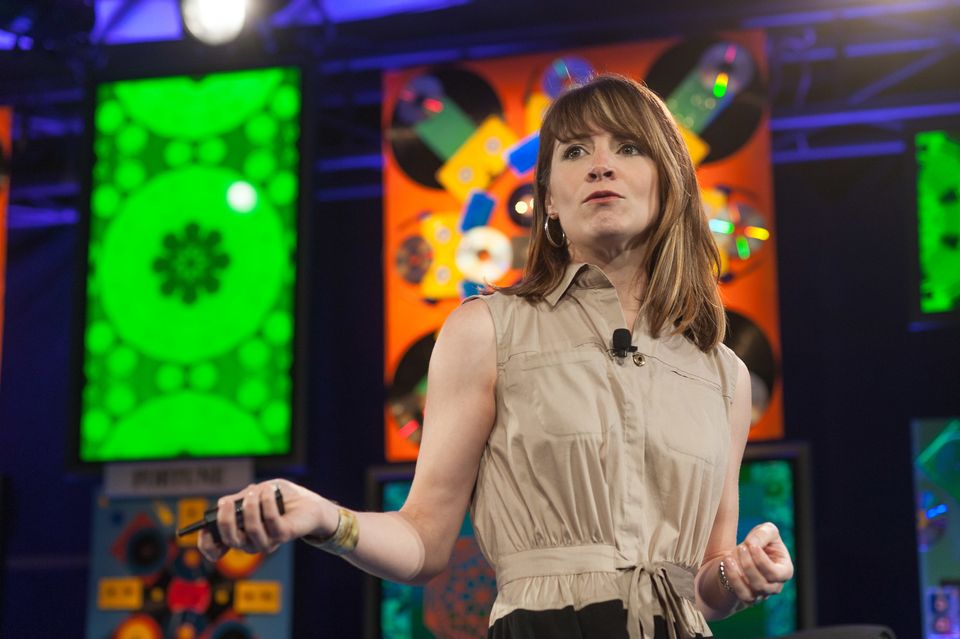