The anthropologist had recommended that city officials burn the controversial Santa Muerte statue, which had mysteriously appeared in the San Benito municipal cemetery a few weeks ago. Opting for a more prudent but naive course of action, officials of the small city in the Rio Grande Valley decided to wait a few days before removing the polemical black-cloaked effigy in order to give its owner a chance to reclaim it. Given that the University of Texas at Brownsville anthropologist, who has not published any research on Santa Muerte, had declared to the local media that the three-foot statue had been placed in the cemetery as part of a black magic hex intended to kill someone, the chances of the owner of the skeleton saint showing up to take it home were next to nil. Before the porcelain image of the Mexican folk saint could be delivered to inquisitorial flames, a zealous vandal(s) arrived at the cemetery and, in an aggressive act of 21st century iconoclasm, smashed to pieces the offensive idol that had been accused of engaging in supernatural murder. Curiously, anti-bacterial wipes were found at the scene of the destruction. Could the perpetrator(s) who had the courage to demolish the deathly saint, who has a reputation for swift vengeance, actually been afraid of touching the statue with their bare hands?

The imbroglio, which has spread beyond San Benito to the entire Valley and Texas-Mexico border region, raises a number of timely questions relating to the controversial Saint Death. While the skeleton saint is now present throughout the U.S. and Mexico, after a decade of the meteoric growth of her cult, the Rio Grande Valley and Mexican border region form the epicenter of her following in this country. Local media outlets had been reporting on her expanding presence, particularly in relation to drug traffickers, for years before journalists in cities such as D.C., New York and Richmond, Virginia, ran stories on her.

Since media coverage, especially TV news, has overwhelmingly portrayed her as a sinister narco-saint, many Americans perceive her as a malicious figure at best and satanic at worst. In my recent book, "Devoted to Death: Santa Muerte, the Skelton Saint," I portray the saint of death in her complex totality, acknowledging and exploring her appropriation by narcos and other malefactors, while pointing out that she also is believed to heal devotees of illness and mend broken hearts, among other things. In fact her top- selling votive candle in Mexico is the red one of love and passion! However given the depiction of the folk saint by the media, at times reinforced by my fellow academics, it is not surprising that the presence of her Grim Reapress image in the cemetery quickly ignited a firestorm of controversy. For those in San Benito who already viewed the Bony Lady (one of her common monikers) as malevolent the unsubstantiated allegation of murderous sorcery made by a well-known anthropologist in the region simply reinforced their opinion and apparently emboldened at least one to deliver a mortal blow to Saint Death in the graveyard.

In the days preceding the destruction of the statue, comments by residents of the region posted on the San Benito News and local TV stations tended to favor removing it from the cemetery. Typical of such opinions is a reader of the local newspaper who stated "Is it concrete?? If not burn it. I'm worried its aimed at someone that passes by there on a daily basis. True Catholics don't give that kind of stuff a second thought."

In contrast, though in the minority, some underscored what they saw as the absurdity of the controversy. Another reader with a keen sense of irony wrote:

"Here's an idea, let's take this statue, place it in an open field, sell tickets to watch Dr. Zavaleta set a match to it and donate the money raised to charity. So in essence, what is or may be evil, will have been destroyed and at the same time helped someone in need. Oh wait, don't forget, we absolutely must invite mariachi's, food vendors, and maybe even a small carnival. My gosh, I think we've created the first annual 'Burning of Evil Festival'."

The controversy over Santa Muerte in San Benito is the first of its kind in the U.S. In 2005 the Mexican government reacted to similar events by revoking the legal rights of a church devoted to her veneration in Mexico City. Let's hope that as the cult of the controversial skeleton saint continues to grow on this side of the border, we uphold our own cherished tradition of religious freedom. 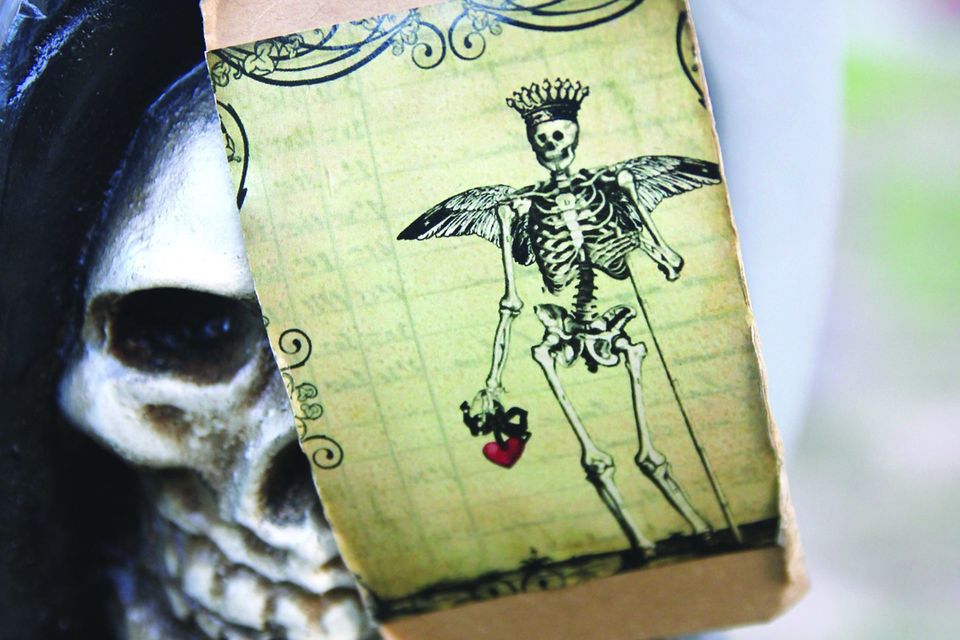