"Sex and the City" had its world premiere Monday in London. Looking every inch Carrie Bradshaw, Sarah Jessica Parker stepped out in a Phillip Treacy hat and Alexander McQueen dress resembling a plant, complete with two butterflies. This hat moment was reminiscent of a scene from the hit show (scroll all the way down to watch video).

All four girls worked the red carpet together at the Odeon in Leicester Squar and intermittently stopped to sign autographs for the hordes of fans. Scroll down for more pictures of Kristin Davis, Cynthia Nixon, Kim Cattrall and Sarah Jessica Parker. 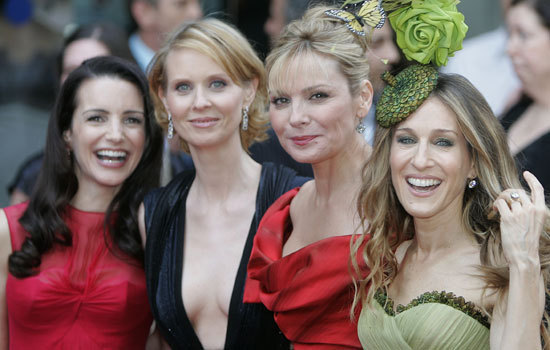 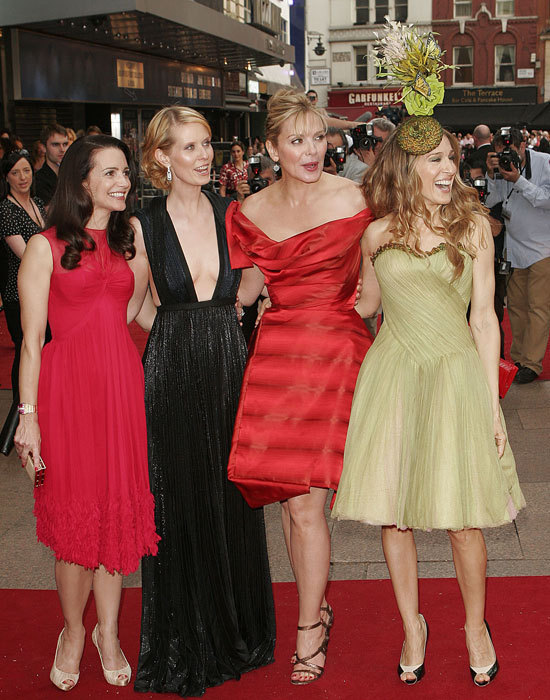 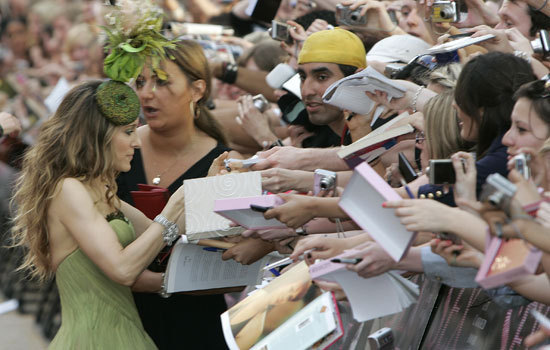 Watch this scene from season six of the show then vote if you like her recent hat or not: