In a press release which the newspaper carried on its electronic edition, Al Watan Online, HRH Prince Bandar bin Khaled Al Faisal (CEO of Asir Publishing, the newspaper's owning group) said that Khashoggi's resignation has been accepted so that he could focus on his personal projects, whilst stating that he (Khashoggi) will always be 'a loyal son to Al Watan and a person who has left a clear mark it its progress'. 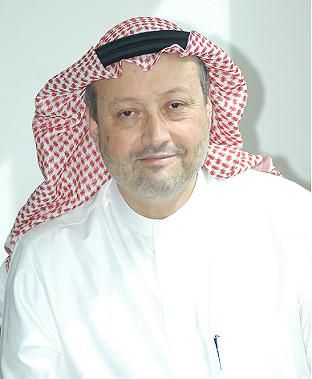 The press release also states that Sulayman Al Aquily, deputy editor in chief, will be running the show on interim basis.

Nobody at Al Watan was available for immediate commentary. However, it did seem that the news came as a surprise to even people within the newspaper itself, particular that the majority of them were getting ready to attend their, now former, editor's wedding on the same day.

It remains unconfirmed though it is highly likely that members of the religious establishment have been lobbying aggressively for Khashoggi's departure - given that he has been on their case extensively for the past three years.

Khashoggi was known to have a 'no fear nor favour' approach during his editorship, a policy which has led him to lose this same position back in 2003 when the Saudi Ministry of Information reportedly asked for him to step down as editor of Al Watan after a series of articles criticizing Islamists, only 54 days into the job.

Furthermore, questions are still being asked about the recent gunfire attack on the newspaper's headquarters in Abha (which Al Watan reported directly with supporting photos of the gun shots) and why or rather how this has been later denied by police reports.

This also means that the attack, assuming it actually happened, may have also impacted Khashoggi's decision to resign.

From an editorial point of view, Khashoggi's position has always been critical, yet Al Watan never banned concerned members of the religious establishment to respond and state their opinion.

Despite this, internet forums are swamped with hate-mail, comments and even poetry depicting Khashoggi as an infidel, a self-hating Muslim while others doubted his Saudi-ism and patriotism.

Ever since the announcement was made earlier today there has been huge online speculation about the reasons behind what could be the 'sudden death' of a wave of unprecedented journalistic freedom which has lasted far longer than many people expected.

However, the newspaper went through a major re-structuring process within the last 2 years (which Khashoggi was overseeing along with other senior executives), this means that Al Watan is equipped to carry on with its progress, particularly as it is set to become part of a much bigger media group after its owning company and partners (a.k.a the 'Alif Alif' Coalition) won a bid for Saudi Arabia's first commercial broadcasting licence.

For its part, Middle East Online published several theories ranging from Khashoggi upsetting Saudi officials due to his questioning of the Saudi Religious Police authority, to an article published last Thursday by one of the newspaper's writers criticizing Salafism, before finally concluding that it could also be his (Khashoggi's) position on Ayatollah Al Sistani in Iraq.

UPDATE: Khashoggi speaks to Al Arabiya (16 May 2010) In his first post-resignation interview, Khashoggi told Al Arabiya Arabic Sateliite News Channel that there were no pressures that he was aware off which led him to step down.

Speaking in a rather cryptic manner, Khashoggi said that had served as editor in chief for 3 years and that he is happy to return to Al Watan or another publication if he was needed at a later stage, adding that he is on close terms with the newspaper's owning company's chief executive.

Despite the interview lasting aroudn 5 minutes, there was still no clear conclusion as to why Jamal Khashoggi has decided to step down at this particular time.

Meanwhile, AFP has reported that Khashoggi said that his resignation wasn't result of anything he has wrote 'personally' whilst claiming that sources within the newspaper have mentioned that it was indeed the Salafism critical article which he allowed to be published which was triggered the matter.