NEW YORK -- Blasting at the construction site for a New York City subway line has shattered windows and sent smoke billowing up to the street.

Metropolitan Transportation Authority spokeswoman Marjorie Anders says something went wrong Tuesday as contractors were blasting a tunnel for the Second Avenue subway. She says no one was injured.

Anders says the blast happened at about 1 p.m. Tuesday at East 72nd Street and Second Avenue. Fire trucks are at the scene. She says the cause is under investigation.

Scott Gottleib, who witnessed the blast, told WCBS 880, "Saw a huge explosion. It spewed a cloud of debris across the entire intersection. Clearly looked like something that wasn't supposed to happen. I got out of the cab, I'm a physician, to see if anyone was hurt. Miraculously, nobody was hurt, but there's debris spilled across the entire intersection. Very large chunks of concrete."

Marsha Kaufman, who runs the Kolb Art Gallery, on the corner of Second Avenue and East 72nd Street, told DNAinfo the blast broke three of the store's windows.

"A big billow of black smoke came out from the corner," she said. "The whole street was covered in stones and dust." She added that "big boulders... came right at us." 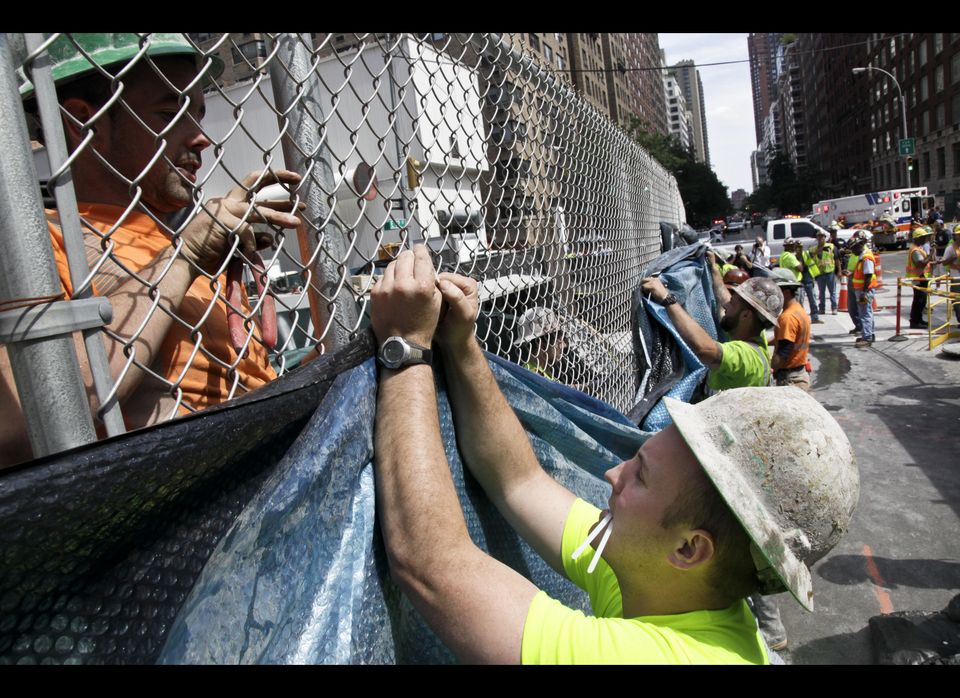