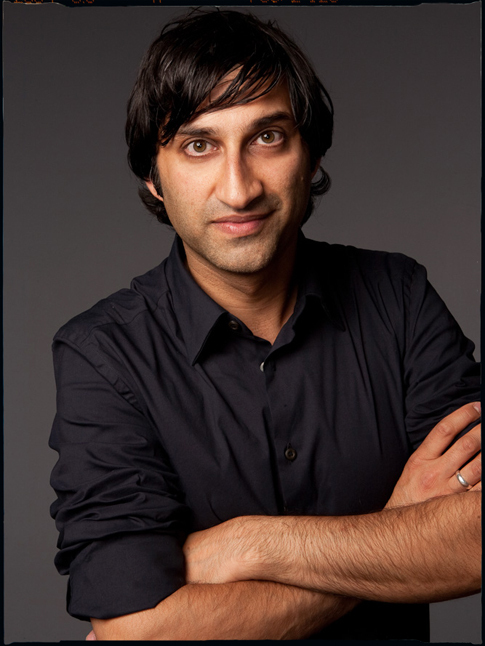 Documentaries are like Shakespeare and musical theater. 98% of the time they feel like an un-ending math class, but the other 2% of them change us forever.

Senna, the new import from Britain about Brazilian Formula One racing icon Ayrton Senna, falls emphatically into the later category.

Senna won big at Sundance and the L.A. Film Festival. But the true measure of a film, its audience, turned out in droves in the UK, Formula One fans and non-sports fans alike.

You will laugh, you will cry, it is better than CATS. But most importantly, you will be moved. Senna is one of the most successful documentaries to come out of England to the States, ever. The only other two to do as well are March of the Penguins and Michael Moore's Fahrenheit 9/11.

But here is where we encounter a major cultural difference. Most Americans do not know very much about Formula One, or anything about Ayrton Senna, considered by many to be the greatest driver of all time. It seems we are alone in this. I suggest to director Asif Kapadia, that perhaps like soccer, all of Europe has heard of Formula One? "The world has heard!!!" he bellows, and we laugh. "Even Canada!" He may have a point. "Everyone except America!!" Okay, okay!

However, Kapadia says, "Americans seeing the film don't know the story yet. They have the biggest journey ahead of them."

Told not to even bother bringing the film to the States, the film stunned when it won at Sundance and the LA Film festival. But our lack of Formula-One knowledge may give Americans the bigger ride. Producer James Gay-Rees and Producer/Writer Manish Pandey made a brilliant decision when they chose a director with a dramatic background who had never even made a documentary before.

Asif Kapadia was constantly encouraged by the forces that be to use less actual footage, to have a "talking-head" interview. But as he tells it, "Why the hell would I want to have a bald guy, looking old, with a plant on one side, and a book-shelf on the other? There's no drama in that. I wanted to let the images do the work."

To the rest of the world, Ayrton Senna is an international legend. Winner of three World Championships, his years with McLaren and his rivalry with fellow team member Alain Prost, were followed avidly by millions. Kapadia says, "As boys, we all had the toy-car version of his iconic black Lotus." Many of our best directors have considered telling his story, but we have to consider that to duplicate the same Formula One conditions would take the budget of 200 million-dollar feature film. An enormous undertaking.

Because of how famous he was at the height of his career, before, during and after each race, Senna had thirty cameras on him. So Kapadia could choose between a close-up shot, a long shot, a tracking shot, or even a helicopter shot, to tell his story. "This is more of a drama than any drama I could have afforded to make!" And ten times more difficult to put together.

Senna and Kapadia have something in common: They refuse to do as they're told, to spectacular effect.

Ayrton Senna makes us fall in love with him. He is so beautiful, like a Brazilian JFK Jr. with a touch of James Franco. Kapadia says, "He's got genuine charisma. He is a movie star." And he has a spiritual aspect that none of the other drivers have. He reads the bible in his spare time. He is a true family man, taking the two-day journey home to see his parents, siblings and nephews, even when he can only stay for a few hours. Kapadia describes Senna, "He's this sexy movie-star-cool James Bond type, who really loves his Mum and Dad."

One related goose-bump inducing moment in the film: Senna has just won his first Grand Prix in Brazil. His car got stuck in 6th gear, and he has to drive to the finish line with that limitation. But he is so passionate and inspired, he perseveres and wins. Afterwards, Senna's neck and shoulders are in agony; he can barely move them. He immediately shouts to his team and managers, "Don't touch me! Don't touch me!" And his father also backs away from his son, now unapproachable, a winner. And Senna shouts, " Dad! Dad! (sharing the joy of the win with him) Kiss my cheek, but be gentle!" And he gingerly nuzzles his Dad who beams with utter love and pride. 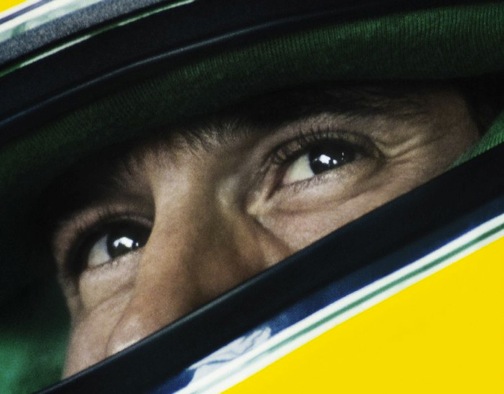 At the height of Senna's fame, Brazil was only three years into a new democracy. The last twenty-years of dictatorship had left the country poverty-stricken, with social problems and corruption. Many people had become ashamed to be Brazilian. And yet, here was someone at the top of the world, and his craft, so proud to be Brazilian. He waved the Brazilian flag after every race. He believed in his people, even if they didn't yet believe in themselves. And there is no word strong enough to explain how they felt about him in return.

The story also involves the now-legendary rivalry between French driver Alain Prost and Ayrton Senna. Kapadia says, "Prost is a thinker, his nickname is "The Professor" and Senna is literally driven by a higher power. Prost had a way of driving, where he didn't even look like he was trying. And Senna was the opposite, he always looked like he was giving his utmost, even when all of the other drivers could never catch him." But truly, Senna's biggest competitor was himself, as though he felt the presence of God in his passenger's seat. "He's the guy who drives the fastest, is the most fearless, and yet the most religious. It's what makes him so complex."

The musical score for Senna is so powerful, it evokes an exquisite chest-pain, somewhere in the direction of our hearts. Antonio Pinto (City of God, Collateral) composed it, and he actually contacted the filmmakers. Luck? Or was something larger guiding the making of this film?

It is at this point that we come to a pivotal moment in the film, for those of us who don't know the story. Kapadia says, "It's like The Crying Game. If you already know, don't spoil it for everyone else."

Prost says that Senna "thinks he can't kill himself because he believes in God. I think that is very dangerous for the other drivers." Yet if we look behind the scenes, Senna is constantly fighting for the safety of himself and the other drivers. He quite clearly knows the dangers of race-car driving, and wants to protect all of the participants. We see him fighting the corruption of the bureaucracy, men who are making racing conditions unsafe, for the sake of the dollar.

Although Senna's passionate antics on the race-track get a lot of criticism to this day, when you see the political situation that is running behind it, you get a completely different picture.
Kapadia says of Formula One, "It's the only sport I can think of where the rules were constantly changing, even during an actual season! If one car is winning too easily, they just change the rules."

Asked to describe the final season depicted in the film, Kapadia says, "At the beginning of the season Senna says, 'Something bad is going to happen' because there are too many drastic changes happening to the vehicles in one fell swoop." The conditions are completely unsafe for the drivers, in order to make the game more exciting and attract more viewers. An alarming number of accidents begin to happen, and Senna initiates the re-formation of the GPDA safety organization, to improve the safety of his sport. He even begins to suspect that the opposing team is using illegal technology.

Fed up with all of the changes, frightened and seemingly alone, we see Senna, away from the track, talking to Dr. Sid Watkins, a Formula One doctor. Watkins, not unusually, found the driver to be incredibly special. The two had become good friends. And Watkins looks at him and says, "Why don't the two of us just give all of this up and go fishing?" A hobby he knows they share. And Senna shakes his head and says, "I can't."

As a result of Senna's participation in Formula One, there are many new safety-regulations for the cock-pit size and the survival shell material, and they have made increased protection for every driver. Unbeknownst to the public at the time, Senna gave 400 million of his own fortune during his career to underprivileged children in Brazil. And he has his own foundation, Instituto Ayrton Senna.

What does Kapadia make of Senna's determination, and ultimately his changing the sport? What does he hope we take away? "That Senna is special; a genius in the car. And more importantly, what he stands for as a man. That his ideals are good ideals. He fights corruption, he cares about the people, and yet he did that in a tough world and a tough sport. Senna is a hero."