Born in Egypt and based in Los Angeles, Sherin Guirguis' work is as much informed by her Eastern roots as it is by Western influences. This is exemplified by her use of Middle Eastern Mashrebiya patterns punctuated by a bold neon palette. In her new series, Guirguis draws inspiration from a photograph of Cairo during the recent Egyptian revolution. This image led to the creation of work that engages the natural and man-made worlds. In Untitled (maad wu gazr), or Ebb and Flow, the composition looks like a planetary explosion caused by the collision of organic forms with structured geometric patterns. I visited the artist in her studio as she began the series and, upon seeing the finished work several months later, I was struck by her process. Photos of the work in its various stages of completion reveal a laborious technique upon which the artist continually adds and eliminates both color and form, resulting in explosive work that captures Egypt's revolutionary spirit.

Yasmine Mohseni: Tell me about your current exhibition.
Sherin Guirguis: It's entitled Duwamah, which means means "rip current" in Arabic. It references the many still evolving power struggles in the Middle East. Formally, the works refer to the single image disseminated and sanctioned by the Mubarak government, of the protests at Tahrir Square in Cairo during the early days of the revolution, before Mubarak was deposed. This aerial shot of the square resembled a solar system or wheel. This image revealed a series of segregated concentric circles comprised of people, tents, barricades and tanks. The square became a microcosm of the power struggle. This series of concentric circles has, for me, become a cipher or vessel for the revolution. What happened at Tahrir can serve as an allegory of the current global political moment, a permeable global culture fueled by transparency and the interconnectedness fostered by new modes of communication. 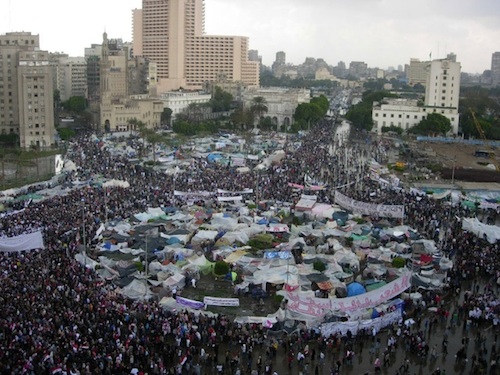 
Describe your style
My work blends a western minimalist language with eastern ornamentation, although it tends to be less of a blend and more of a clash. This synthesis of seemingly contradictory elements is what I'm most interested in.

Why did you become an artist?
I actually stumbled upon art as a practice much later on in life, but I realized very quickly that there wasn't anything else I would rather do. I utterly and completely love the practice and discipline of making art. The ability to catalyze cultural dialogue, ask questions, problem solve, challenge assumptions... all these romantic notions! My studio is a lab for ideas; and I love the process of transcribing those ideas into objects & forms, it's simultaneously exciting and terrifying. 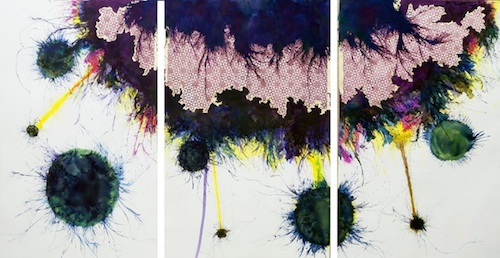 Untitled (maad wu gazr)
Above, the completed work; below, the work in progress. 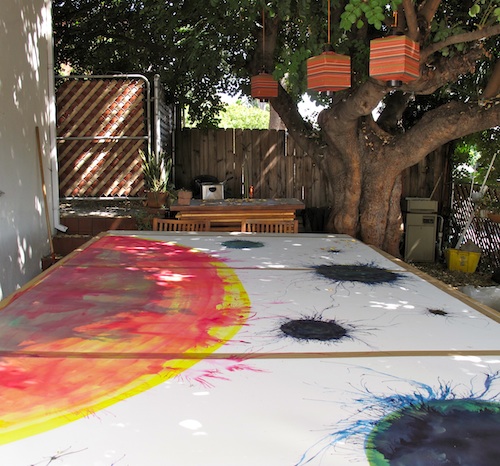 Which single artwork in art history has inspired you the most?
I don't think I can pin point a specific piece that has inspired me the most, there have been many over the years. However, I have been greatly inspired by the work of Louise Bourgeois. Both her incredible body of work and her approach to her practice have been a great inspiration to me for years.

Sherin Guirguis' Duwamah is on view at Frey Norris in San Francisco through April 28, 2012. 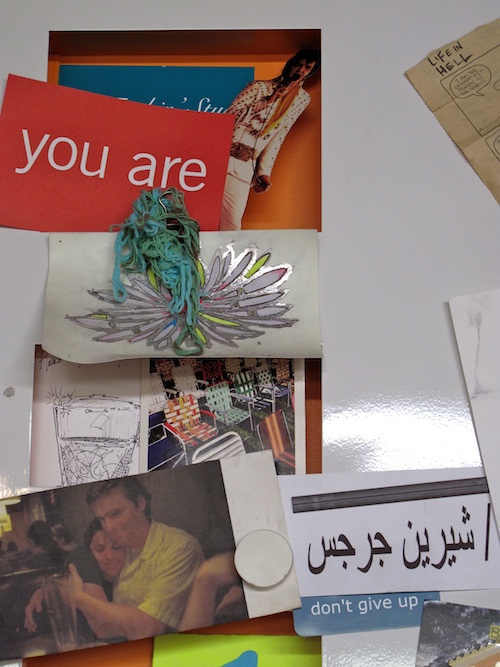