One of the rarest mammals in North America, the Sierra Nevada red fox, was recently caught on camera twice inside Yosemite National Park.

The two sightings on remote wildlife cameras, on Dec. 13, 2014 and Jan. 4 of this year, mark the first time the Vulpes vulpes necator has been seen inside the park in nearly a century, the National Park Service said in a news release.

The animal, a subspecies of the red fox that's native to the Sierra Nevada mountains, is so rare that no one is certain just how many are left. They are solitary creatures, nocturnal, do not travel in groups and avoid people, making them even harder to track and study. However, it's believed the total population is less than 50.

“We are thrilled to hear about the sighting of the Sierra Nevada red fox, one of the most rare and elusive animals in the Sierra Nevada,” Yosemite National Park superintendent Don Neubacher said in a news release. “National parks like Yosemite provide habitat for all wildlife and it is encouraging to see that the red fox was sighted in the park.”

Here's a closer look at the animal that has conservationists so excited:

The cameras that caught the fox are part of a larger study funded by the Yosemite Conservancy to detect rare carnivores within the park.

“Confirmation of the Sierra Nevada red fox in Yosemite National Park’s vast alpine wilderness provides an opportunity to join research partners in helping to protect this imperiled animal,” Yosemite wildlife biologist Sarah Stock said in a news release. “We’re excited to work across our boundary to join efforts with other researchers that will ultimately give these foxes the best chances for recovery.”

In 2010, one was spotted in the Sierras for the first time in nearly two decades. The animal was seen on a wildlife camera at Sonora Pass, north of Yosemite, snacking on a bait bag full of chicken scraps, according to National Geographic.

A DNA analysis of saliva in the bag confirmed that it was indeed the elusive mammal.

"We thought they were gone," Ben Sacks, director of the Veterinary Genetics Laboratory at UC Davis told NatGeo. "We were wrong."

Sacks said having two separate populations means there's more reason to hope that the subspecies may yet survive.

Yosemite said that if "hair snares" set up near its cameras get a sample, they would be able to determine whether the fox seen in the park is related to the ones spotted at Sonora Pass.

Here's a 2010 image, also taken by a wilderness camera, from the Sonora Pass sighting:

A Sierra Nevada red fox was seen again in 2011, when it was caught on night-vision video in the Sonora Pass area:

The fox's population has been shrinking since the 1930s, although it's not clear why. The Sierra Nevada Red Fox Interagency Working Group said habitat destruction and fragmentation, diseases from domestic dogs and competition with other species such as coyotes could all be playing a role.

Travelers in the Sierra Nevada and Cascade mountain ranges are encouraged to report red fox sightings to the California Department of Fish and Wildlife via this website, which also shows the difference between the red fox and similar animals. 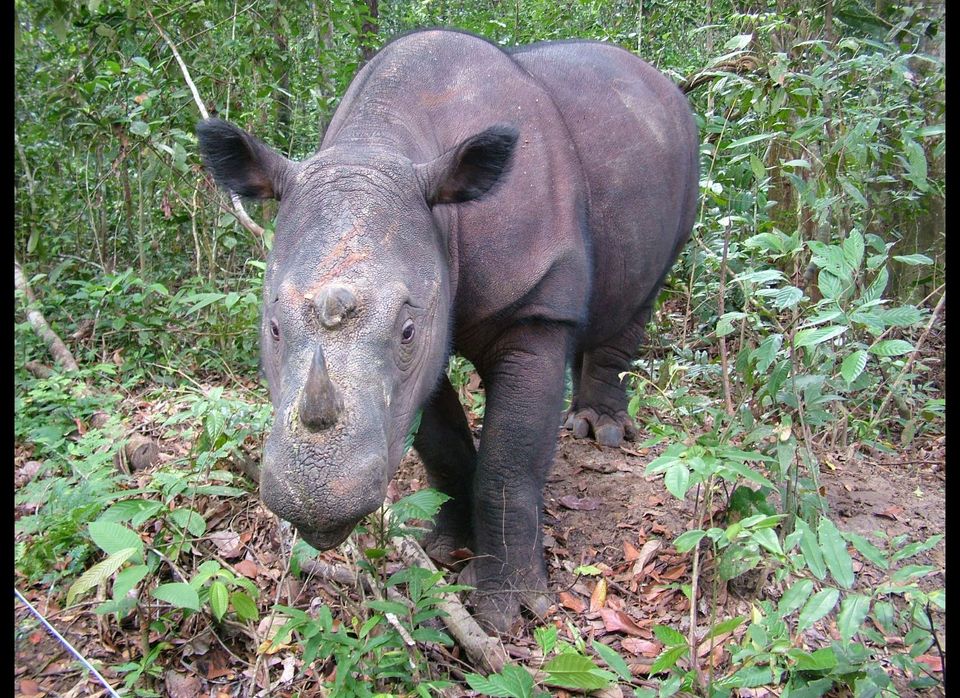