No one should be surprised that baseball's Sammy Sosa has changed from black to white, albeit his claim to an accidental transformation caused by cream and lights. Skin whitening is a world-wide phenomenon that is becoming ever more popular as people in developing nations become more flush with cash. The multi-billion dollar cosmetics industry aimed at making skin whiter and fairer, from Santa Domingo to Singapore, from Bogota to Bombay, from London to Lagos, is growing exponentially. 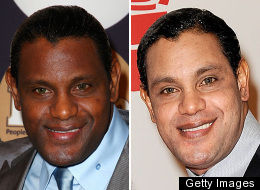 For the past two years, I have been exploring the role of skin color in international development, politics and society for the public radio program, The WORLD.

And just about everywhere, but especially in Asia (see my recent article on the Global Post.com) and increasingly in Latin America, skin whitening--using surgery, cryosurgery, lasers, whitening "needles" (administered in regimens), bleaches, and skin whitening creams and pills--is surging.

It would seem that just about everyone -even some who have grown up on steady diets of black, brown and tan pride--want to color their skin white; even in an age of non-white world leadership exemplified most conspicuously by Barack Obama, as well as by Evo Morales of Bolivia, that country's first fully indigenous head of state.

Their very election to high office would seem to alter long-standing and universal frameworks of assumption about the limitations of individuals with black and brown skin. But the legacy of colonialism and lingering perceptions of white Western primacy are hard nuts to crack. Even in South Africa, home to Nelson Mandela and the historic pushback against apartheid, skin bleaching products, though by-and-large prohibited, are widely sold on the black market and widely used.

But ground zero for skin whitening is Asia. Synovate, a market research company, found that nearly 40 percent of women in Taiwan, Hong Kong, South Korea, Malaysia and the Philippines use some type of whitening product. And despite the world-wide economic downturn, the multi-billion dollar whitening cosmetics industries of Europe, Japan, India and elsewhere are robust, and show no sign of shrinking, according to an Asian-wide industry group, the ASEAN Cosmetics Association. The largest expanding market is for cosmetics targeted at men, especially the black and brown men of India.

Skin whitening is a world-wide phenomenon that is becoming ever more popular as people in developing nations become more flush with cash. The multi-billion dollar cosmetics industry aimed at making skin whiter and fairer, from Santa Domingo to Singapore, from Bogotá to Bombay, from London to Lagos, is growing exponentially. ">Shahrukh Khan in catchy TV advertisements-- that "fair and handsome" is the key to success, millions upon millions of men apparently believe it. Sales of a product by the same name are selling briskly in almost all parts of that vast nation, but especially in the mega-urban centers, where the comparisons between light-skinned Mercedes driving-Haves and dark skinned-bullock cart riding Have-nots are stark.

In India, financial success also often corresponds with the color of the person whom you marry, said Harvard Business school professor, Tarun Khanna, author of a book on capitalism in India and China titled "Billions of Entrepreneurs": In an interview he told me: "In the marriage market, fairness is a big, big deal. You can go to the websites that are marriage brokers and the very fact that most of the matrimonial ads will present people as being fair skinned or not indicates that it is an attribute that the market values in some sense."

Indeed, of more than 200 personal ads on Indian websites that I surveyed not along ago, 192 Indian men and women either described themselves as fair skinned or said they were looking for a partner who was. It is a common desire Asia-wide, reflecting a long class tradition. On the streets of Beijing with help from a translator, I asked a migrant worker from central China what he thought was the secret to happiness: "He wants a girlfriend with a pale skin," said the translator. Why? "He can't tell the reason, but he just wants a pale girlfriend."

A study by University of Cambridge anthropologist, Mikiko Ashikari, "Cultivating Japanese Whiteness: The 'Whitening' Cosmetics Boom and the Japanese" found that the steady popularity of skin whitening throughout Asia is also predicated on a common belief that the winners in society are those with the fairest skin. In the years after World War Two this perception was reinforced by the outcome. But Ashikari also found that many Japanese today believe their "white skin" to be superior to the white skin of Americans and Europeans. 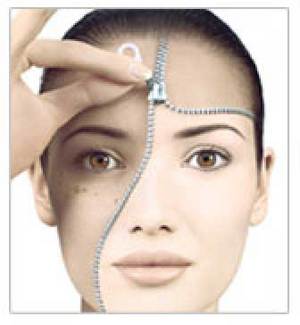 So the issue is complex: It is not strictly an emulation of white western culture. Darker skin was the tell-tale sign of a lower class agricultural laborer who toiled in the sun, while the lighter, pale skinned privileged classes lived the life of leisure or scholarship indoors.

But aggressive advertising, the development of new ways to lighten skin, globalization, the legacy of colonialism and lingering perceptions of Western primacy have all had an undeniable impact in influencing self-perceptions about skin color.

The uber-popularity of skin whitening today is also predicated in large measure on the ability of growing middle-classes in the former Third World to pay for it. And if you can't pay for it, you do it on the cheap. Some of the world's poorest women, and increasingly men, particularly in India, have and continue to resort to various forms of diluted bleach and creams containing mercuric chloride to literally try to scrub the darkness from their faces. The results are often a patchwork of pink, red, and dark brown skin that for many is irreversible.