Just three months ago, the White House announced that Malia Obama will take a gap year before her freshman year at Harvard, the university she will be graduating from as part of the class of 2021.

Now that the hype has simmered down a little, it may be time to revisit the topic. Much has been said about why taking a gap year (still somewhat of a rarity here in the U.S.) can be beneficial for the typical adolescent finding his or her path in the world but it’s the what that makes all the difference.

Speaking from the perspective of someone in the midst of completing his own gap year, here are some of my personal recommendations on how to spend your gap year wisely. But first, it’s always important to keep in mind that the time spent on a gap year could have been used for a full year of study. It will be a tall order for most to get more in value doing something different than studying for a whole year but since you’re up for the challenge, read on.

While I engaged in specific activities such as going abroad on an internship, learning coding through MOOCs and structuring my finances through investing in stocks and shares, I’ve extracted out some key learning points so they can be more broadly applied.

1. Invest in yourself. Seriously, it’s the gift that keeps on giving.

“Spend each day trying to be a little wiser than you were when you woke up.” - Charlie Munger

As a teenager, you will (as I have) face a fair share of skepticism and perhaps even envy from those much older than you. It is worth remembering however that they too were once young and had to start somewhere. Nobody is born naturally capable. Being able to convert that disbelief into positive reinforcement to further enhance yourself is absolutely critical.

Make it a goal to learn something new everyday. It doesn’t even matter what the source is; learn and absorb new knowledge as quickly as possible from an eclectic mix of sources. For me, I decided to embark on an college-level internship (yes, make an effort to reach out to HR and you’d find that your high school qualifications go further than you think) abroad in Bangkok, Thailand.

One day, I found out that I was being overcharged for the motorbike taxi service. Instead of paying the going rate of 60 baht ($1.70), I was instead charged 100 baht ($2.90). From then on, I made it a point to haggle down the price every time to 60 baht for an entire week. But eventually I decided enough was enough and settled for 80 baht each time to ease the unpleasantness each time. That, of course, was a matter of personal preference.

It was a simple exercise in compromising but I made an example of it to illustrate how learning about myself in a foreign environment and adapting to those circumstances can be extremely valuable. Not a bad thing to learn now since I’d likely be dealing with larger sums in future.

2. Invest in your relationships.

This one is particularly tricky and I have to admit, potentially misleading. Friends should never be treated as investments in the sense that they provide some sort of return. Conversely, building great and lasting relationships is all about giving without expecting something in return.

During your gap year, you will be freer than before so take some time to appreciate those around you, especially family and friends. In fact, go beyond that and establish new interpersonal relationships. The gap year allows for much more interaction with others beyond your usual social circle in school. I’ve found that having a goal to always be in the presence of someone for lunch/dinner helps (although I’d readily admit it’s not always the case) widen the circle of people you know.

The gap year is the best time to learn more about the people you want to associate with in the long run, bearing in mind that your friends influence you more than you imagine.

3. Invest in your future.

It comes as no surprise that the average class of 2015 graduate with student-loan debt will have to pay back a little more than $35,000 according to a recent analysis of government data. This makes the class of 2015 the most indebted yet.

Therefore, financial prudence and planning for the long term has become more pertinent than ever before. If you’re working a part-time job through the summer or even for the entire course of the gap year, you may want to avoid spending that hard-earned money on more consumer goods. Yes, I’m asking you to skip the bags, shoes and clothes.

Instead, consider building up your retirement nest-egg starting from today. Learn more about 401(k) plans, investing in stocks and shares and budgeting. With compound interest, starting early on a savings and investment plan could be your best bet in paying off that student-loan debt.

So You've Decided To Take A Gap Year. Now What?
12 Ingenious Travel Hacks Everyone Should Know 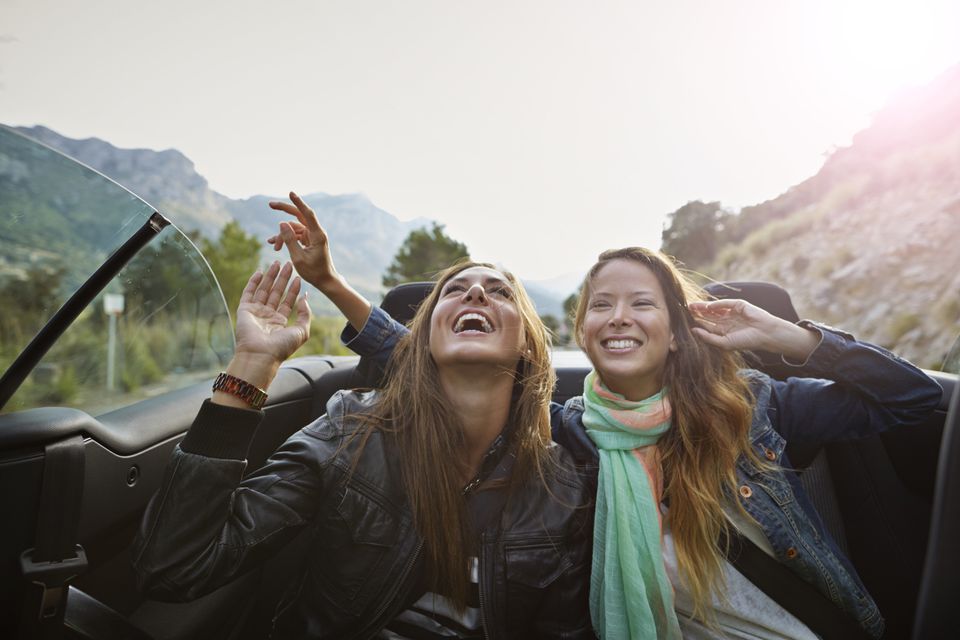 1 / 3
Traveling With Your Girlfriends
1. "Pick a hotel or cruise with a no-kids-under-18 policy. That can be particularly nice for moms who want to temporarily leave that part of their life behind," says Stacy Small, founder and CEO of Elite Travel International. "And go off the beaten path," says Danielle Thornton, cofounder of the women-only travel agency <a href="http://www.whoatravel.com/" target="_blank">WHOA</a>. "That's where you'll find your adventure." <br><br>2. <a href="https://www.splitwise.com/" target="_blank">Splitwise</a>: This organizing tool lets you calculate everyone's fair share of meals, hotel stays, tickets, and more&mdash;so you can spend more time having fun and less time divvying up checks and expenses. <br><br>3. Plan a few things in advance. "Prebook any unique activities that require coordination," says Small. "If you want a private visit to the Vatican or surfing lessons in Maui, you should arrange that ahead of time." Check out the free app <a href="http://www.viator.com/" target="_blank">Viator</a> to reserve spots on handpicked tours up to a year before your trip. <br><br>4. "I always bring a portable speaker and a really killer playlist," says Allison Fleece, Thornton's WHOA cofounder. "There's a lot of laughing and goofing around when a bunch of ladies get together, and impromptu dance parties have been known to break out."
Klaus Vedfelt via Getty Images