Twitter has become a tool for digital diplomacy among world leaders. Here are some of the most interesting observations from this year's Twiplomacy study, an annual study by global public relations firm Burson-Marsteller.

The new prime minister of India, @NarendraModi, just surpassed the @WhiteHouse in fourth place and is likely to have more followers than Indonesian President Susilo Bambang Yudhoyono next week. However, he is still far behind Pope Francis (14 million followers between his nine language accounts) and @BarackObama with more than 43 million followers.

The meteoric rise of the Indian and Indonesian presidents shows that leaders of the most populous countries have a clear advantage in gaining followers. Nevertheless, the number of followers is not the only aspect that matters when it comes to the influence of global leaders on Twitter -- level of engagement matters as well. 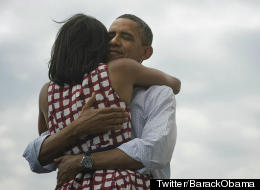 The day after the U.S. 2012 presidential election, @BarackObama's tweet "
Four more years
" along with this photo was one of the most popular tweets ever, retweeted 771,296 times. However since then, the engagement on the account has been in decline. Despite the account's massive following, the @BarackObama tweets are on average only retweeted 1,442 times.

Whereas only five heads of state and government had a Twitter account in 2007, this year 83 percent of all 193 United Nations states are either represented with institutional or personal accounts of their president, prime minister or foreign minister. This is a significant increase compared to the already high level we saw in 2013, when three-fourths had a Twitter presence. In total, 157 million Twitter users follow global leaders -- 50 million more than last year.

Despite the 31 inactive global leader accounts that have never send a tweet, the general activity of world leaders rose this year. It is remarkable that the top five of the most active leaders are all Latin American. The presidency and the government of Mexico lead with an average of 70 tweets a day. However, both institutions often repeat their tweets several times over several days to capture different audiences at different times.

Global leaders are also posting more pictures and videos and making more use of Twitter platforms such as TweetDeck and HootSuite. Last year more than half of leaders' tweets were made directly from Twitter and not other platforms; this year, only 31 percent were made directly from Twitter. For example, Venezuela's President Nicolas Maduro tweets from a special application called Traductor Nicolas.

The impact Twitter has on diplomacy apart from being a broadcasting tool for election campaigns is hard to measure. However, the fact that a growing number of global leaders mutually follow each other is evidence of the importance of digital diplomacy. In particular, foreign ministers and their institutions have focused on connecting with their peers. In September 2013, the U.S. State Department followed 22 other foreign offices as well as Iran's President @HassanRouhani and Foreign Minister @JZarif, timidly establishing diplomatic relations between the U.S. and Iran on Twitter.

France's @LaurentFabius has become the best-connected foreign minister, mutually connected to 91 peers and world leaders, which is an impressive increase from the six mutual connections he had last year. The European Union External Action Service (@eu_eeas) is second, followed by Swedish Foreign Minister @CarlBildt with 71 and 68 mutual connections respectively.

Being mutually connected on Twitter allows these leaders to direct-message each other and to have private conversations. A number of foreign offices have used Twitter to reach out to peers and other influencers to set the record straight or to coordinate their digital outreach. The Swedish Foreign Ministry (@Swe_MFA) has made a conscious effort to establish connections on Twitter, unilaterally following 355 other world leaders.

Another aspect signifying the importance of Twitter in the diplomatic sphere is the increased and more savvy use of hashtags. Hashtags can help to frame discussions, reach larger audiences and gain public support. This year, the most notable is #BringBackOurGirls, which was used by many global leaders, including First Lady Michelle Obama and the Pope. At the end of March, U.S. State Department spokesperson Jen Psaki posted a picture with the hashtag #UnitedForUkraine, a campaign that was coordinated with a number of Western allies including the U.K. Foreign Office, Canada's Department of Foreign Affairs and the Swedish and the Ukrainian foreign ministries. Within days, the hashtag had been tweeted more than 400 times garnering 23,000 retweets.

The hashtag campaign also caught the eye of the Russian foreign ministry, which started to use the same hashtag. The @MFA_Russia and @MID_RF accounts used the hashtag more than 200 times with over 8,000 retweets. This was probably the first "hashtag battle" between global leaders using the same hashtag on opposite sides of an issue.

It can be expected that these trends of more active and savvy use of Twitter by global leaders will make Twitter an even more important tool for diplomacy in the digital age.