In 2011 archaeologists happened upon a stunningly well-preserved shipwreck off the coast of Panama. The wreckage, a mere 40 feet underwater, was untouched by looters and still carrying a full load of tools and weapons. 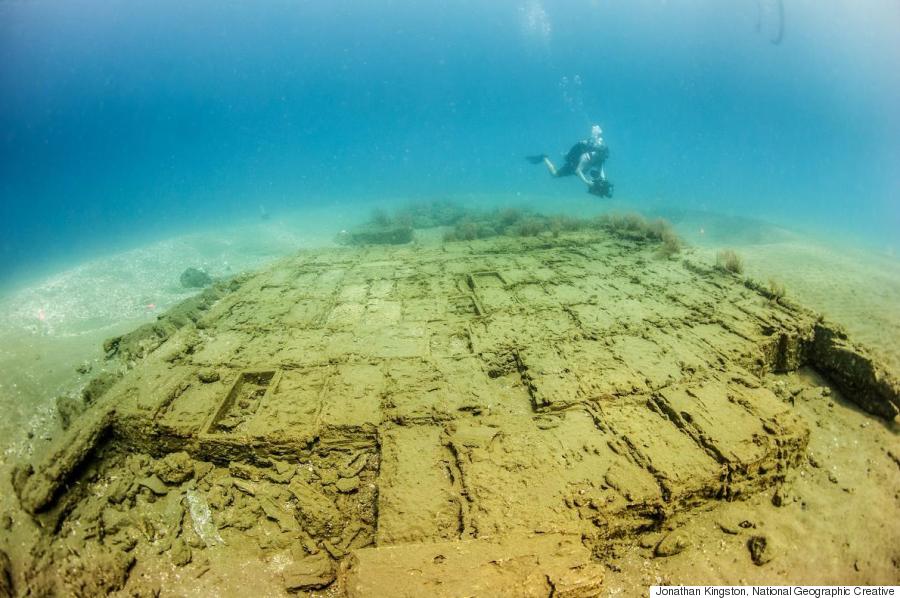 The wreckage has been identified as a Spanish merchant ship by the name of Nuestra Señora de Encarnación, which met its watery grave in 1681 during a storm at the mouth of Panama's Chagres River. The Mexican-built vessel sailed as part of the Tierra Firme fleet, one of the fleets that fed Spain's colonial economy, researchers told National Geographic.

The Tierra Firme fleet and the New Spain fleet carried an estimated 16 million pesos' worth of precious metals to Spain from the Americas every year between 1590 to 1600. Between 1521 and 1660, Spain imported more than 36 million pounds of silver and 400,000 pounds of gold from its colonies, according to one estimate.

"These ships were the backbone of the Spanish colonies," Fritz Hanselmann, an underwater archaeologist at the Meadows Center for Water and the Environment at Texas State University, told National Geographic.

This ship is particularly exciting for scientists because it's well preserved and can teach archaeologists how these ancient vessels were constructed, added Hanselmann, who is helping to analyze the find. "Ships that were built hundreds of years ago didn't come with blueprints," he said.

Artifacts found on the ship include more than 100 boxes of sword blades, scissors, mule shoes, nails, ceramics, wooden barrels and lead seals, according to a release from Texas State University.

Researchers stumbled upon the remains of Encarnación while searching for five other wrecks believed to be in the area that were overseen by Captain Henry Morgan -- yes, that Captain Morgan -- and disappeared in 1671 en route to a siege on Panama City.

See more photos of the Encarnación find below:

Memories Of The Historic Titanic