All Cindy Kaplan had hoped for was a healthy baby. But when my friend and her husband met their 6-month-old son for the first time in an orphanage in Kazakhstan, he was dangerously underweight from severe malnourishment. "Jadyn was slowly dying. He wasn't going to live much longer," said Cindy.

Jadyn's developmental growth, as a result, had been stunted. He couldn't roll over at 6 months old. He couldn't lift his head. His needs were so tremendous that Cindy quit her job to care for him. "It wasn't easy. I was struggling," Cindy said about bringing her precious son -- whom she calls her "gift" -- home to Portland in 2006.

One afternoon, Cindy went to the park to reconnect with a woman she had befriended online. Mishelle Rudzinski had adopted a child from Kazakhstan at the same time as Cindy, and they had been exchanging emails for months.

Mishelle, who had been working as a speech pathologist, had read about a 5-year-old girl's plight on a work listserv. The orphan, diagnosed by some doctors with cerebral palsy and by others with muscular dystrophy, was to be permanently transferred to a special "end-of-the-road" facility if she was not adopted soon.

Mishelle immediately contacted the adoption agency and received videos of the little girl who was to become her daughter. When Mishelle watched the videos, she saw the girl's condition grow progressively worse. As a toddler, Bakha could crawl and climb. But by age 5, she was hunched over, bowlegged and barely able to walk. At the time of the adoption, the agency had Mishelle sign papers acknowledging that Bakha might not live to age 18.

Knowing Bakha's story, Cindy was surprised to meet an energetic and exuberant girl at the park that day. The doctors had all been wrong. Bakha did not have cerebral palsy. Nor did she have muscular dystrophy. Her symptoms had been caused by rickets. Once given vitamin D supplements, she began showing improvement in weeks.

Cindy and Mishelle talked to other adoptive parents and found they were hearing a similar story involving malnourishment again and again. "Once you see it, it's hard to not see it anymore," said Cindy. And so, she and Mishelle decided to act.

Originally, they thought they would volunteer with an already-established organization working to end orphan malnutrition. They conducted research. "'Who's doing anything with nutrition for kids without families in Kazakhstan?' Nobody. 'What about in other countries?' Nobody," said Cindy of her and Mishelle's findings.

They had no choice, they decided, but to start something themselves. But the problem was so big that they doubted themselves. "What can we do as just two moms in Portland, Oregon?" Cindy said.

Cindy had worked for a health food company. Mishelle was a speech pathologist. They knew nothing about international development, nonprofit management or medicine. And so, one of their first calls was to Dr. Dana Johnson at The University of Minnesota, who specializes in the effects of early institutionalization on international adopted children's growth and development. Dr. Johnson's research had confirmed -- on a large scale -- what Cindy and Mishelle had seen. They would learn, later, just how common nutritional deficiencies are worldwide in orphaned children.

Cindy and Mishelle initially thought they could send vitamins overseas. But they could not. Vitamins could get stuck in customs and expire, be sold over the black market and required regulatory approval in other countries.

Instead, they embarked on something far greater. With Dr. Johnson's help they assembled a team of medical advisors, former government officials, public health professionals, clinicians, nonprofit executives and international development experts. They were even joined by the former U.S. Ambassador to Armenia and Kazakhstan. SPOON Foundation, improving nutrition for orphaned, fostered and adopted children, was born.

They began in Kazakhstan in 2007 and, through their work, earned the full support of the Kazakhstani government. With local partners, they assessed the psychomotor development of hundreds of children in baby homes (the name for orphanages for children under 5 in Kazakhstan). Half of the children in their study had measurable delays in motor and mental development. And the levels of malnutrition they found were on par with what one might see in a famine.

Over time, SPOON Foundation staff helped deliver vitamin supplements, change meal plans and alter feeding practices in Kazakhstani baby homes. In December 2011, the Kazakhstan government passed a law requiring that all baby homes adopt new nutritional standards. "A lot of countries wouldn't have been open to this. Kazakhstan wanted to do a better job for these kids. They wanted to be pioneers in this work," said Cindy.

SPOON has grown and is now also active in China, Haiti and India, and staff are developing programs in Tajikistan, Russia and Kyrgyzstan.

In 2010, Cindy, her husband Tony, and Jadyn relocated temporarily to Kazakhstan. It wasn't on business. They were adding to their family. They were adopting a little girl who would be named, Neveya. One day when Cindy stayed back at the hotel with Jadyn, Tony had gone to visit their new daughter in the baby home. He came back with news that proved Cindy and Mishelle -- just two moms from Portland, Oregon -- had indeed touched the lives of an unfathomable number of children. While he was with Neveya, she was given a little spoon containing powder. He had watched his daughter take the vitamins his wife had worked so hard to procure for others. Cindy had touched so many lives, including her own child's.

"I think that a lot of people struggle. They ask, 'Why am I here? What's my purpose? And Jaydn just handed mine to me by introducing me to this truth. There are so many children in this world who aren't getting what they need. I can't go back and undo what wasn't given to him, but we can change that for other kids," said Cindy. 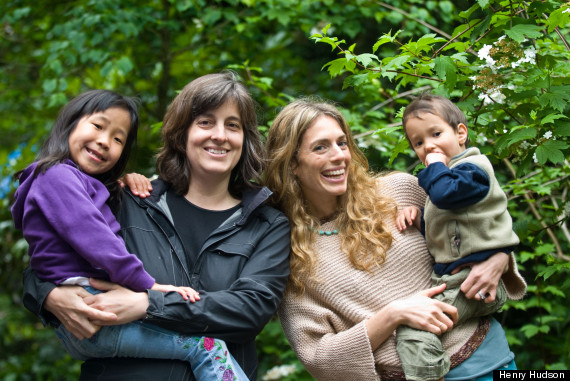 Visit the SPOON Foundation website to learn more about the organization.

Voting Made Easy
Register to vote and apply for an absentee ballot today
Register now
More:
motherskazakhstanChildrenParentsAdoption
Newsletter Sign Up
Raise the kind of person you'd like to know
Subscribe to our parenting newsletter.
Successfully Subscribed!
Realness delivered to your inbox