When the Seattle Seahawks take on the New England Patriots in Super Bowl XLIX in the NFL's annual gridiron gala, there is only one result guaranteed beforehand: neo-Marxist advocates of income redistribution will score a big win over Milton Friedman fanboys who espouse the supremacy of trickle-down economics.

The reason behind the NFL's success is as American as an asbestos class action lawsuit: competition. Simply put, the NFL is the most exciting, competitive league in the U.S. On Any Given Sunday, any team (with the exception of the New York Jets of course) is capable of causing an upset. 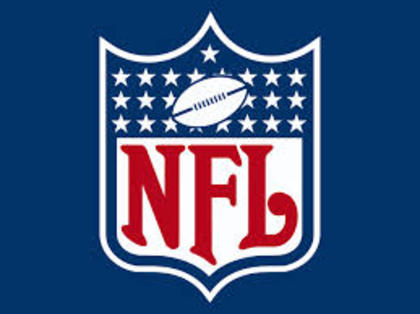 The NFL has achieved this by leveling the playing field through a progressive system of centralized control that would fill a Politburo apparatchik with pride. A combination of salary caps and the annual college draft -- where the weakest teams, each according to their need, get first dibs on the best young players -- has created a highly lucrative "product" for the league and a highly competitive league for fans. Nine different teams have won the Super Bowl in the last 10 years.

Equality can equal profitability; the two concepts are not mutually exclusive.

This level playing field between the teams is helped by the nature of the game itself: "buying" success in American Football is difficult when you have a game-day roster of 46 players. In contrast, success is more easily purchased in basketball and baseball. The Miami Heat only had to acquire three star players in order to create a mini-dynasty, but created one of the most loathed teams in recent history in the process. The New York Yankees' willingness to spend big has also created a successful but often disliked franchise.

If the NFL wants a vision of what an unfettered Ayn Rand-inspired league might look like, they need glance no further than across the pond to the English Premier League -- an orgy of high capitalism beloved by Russian oligarchs, Gulf Arab Petro-sheiks, and a number of U.S. billionaires. In England, money is king. The idea that the weakest teams should be given a helping hand because the owner is only worth $ 200 million, as opposed to $20 billion, is laughable. At the end of each season, the weakest teams are not given a hand up, but are instead expelled from the major leagues to a lower division through a relegation process the political philosopher Thomas Hobbes would have found nasty and brutish.

In England, the result of an unbridled free market has been a lopsided league. Since 1992, 21 of 22 EPL titles have been won by the Big Four -- Manchester United, Chelsea, Manchester City and Arsenal -- who regularly buy individual players worth more than other teams. In 2013, Arsenal bought Mesut Özil from Real Madrid for over $60 million (that still makes me laugh), whereas in 1997 an Icelandic consortium bought a 66 percent stake in Stoke City FC for around $10 million. The situation is worse in Spain, where Real Madrid and Barcelona are in a different financial galaxy from the rest of the league. The two teams have won 17 of the last 22 titles.

So, when you sit down on Sunday to enjoy the Super Bowl, enjoy a healthy side of irony with your wings. In much of Europe, theoretically a bastion of socialism, football (aka soccer) embraces a rapacious form of capitalism that would make Mitt Romney blush, whereas in the U.S. of A, the NFL eschews the blue and white heat of high finance for a philosophy that is tinged with more than a touch of red.